Why do I do it? When I see Charles Krauthammer's acerbic, caustic mug looking out from the op-ed page, why don't I just turn the page? Why do I read his belligerent drivel? Especially when it is headlined
Obama Shows Ambivalence About U.S.

and it begins with this:

WASHINGTON -- When President Obama returned from his first European trip, I observed that while over there he had been "acting the philosopher-king who hovers above the fray mediating" between America and the world.
You have to wonder about a guy who begins by quoting himself.

Now that Obama has returned from his "Muslim world" pilgrimage, even the left agrees. "Obama's standing above the country, above -- above the world. He's sort of God," Newsweek's Evan Thomas said to a concurring Chris Matthews.
By this point, I should know that we are about to take a journey through Charles krauthammer's world, which I imagine looks something like this: 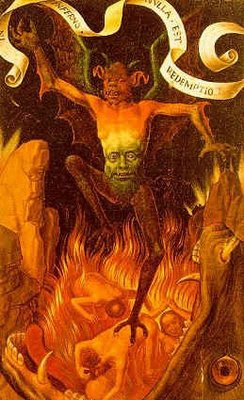 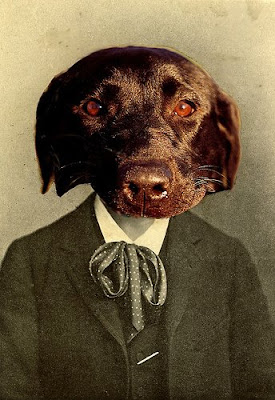 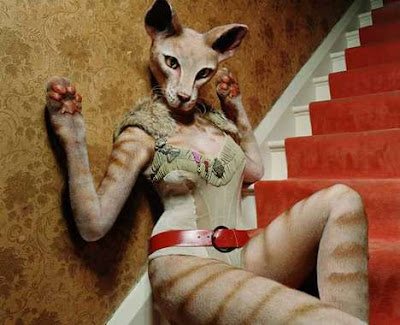 
Also, in his world, Charles can read minds. Especially the President's.

"I am better than most people but I don't think I'm God. Obama does. He's got a messianic complex."
How does he know? He can read minds! A year earlier, he had this to say:

Obama and a lot of Democrats think Americans and America are backwards. You know that they're embarrassed of this country. They think we deserve to be in a constant state of decline because of our excesses and our bullying and our imperialism. They enjoy the suffering of Americans at the gas pump because they think it's Americans' fault.
In a 2008 editorial, the CarolinaCoastOnline stated:

Well, should Mr. Obama be elected, he plans to change the part about our being able to cling to guns — because he intends to severely curtail our right to cling to them by taking them away

Did Obama ever say anything about taking away guns? he didn't have to, because even the Carolina Coast Online News can read his mind.

But in the Krauthammerverse, not only is the president's mind easy to read, it is filled with "cheap condescension, an unseemly hunger for applause and a willingness to distort history for political effect."

How does the president distort history? Apparently by mentioning it.

He told Iran that, on the one hand, America once helped overthrow an Iranian government, while on the other hand "Iran has played a role in acts of hostage-taking and violence against U.S. troops and civilians."
So, does Krauthammer deny that the US once sponsored a coup against the Iranian government? Not exactly.

A CIA rent-a-mob in a coup 56 years ago does not balance the hostage-takings, throat-slittings, terror bombings and wanton slaughters perpetrated for 30 years by a thug regime in Teheran.
Of course, there might never have been a "thug regime in Tehran" had the CIA not overthrown the democratically elected government of Iran and re-installed the hated Shah as dictator. And it seems unlikely that the Iranians would have considered the US to be their enemy had we not been responsible for the tyrannical oppressive rule of the Shah. So without the CIA "rent-a-mob" coup, there probably would have been no hostage-taking and no terrorist-sponsoring theocrats running Iran. But that's beside the point. The real problem (on planet K-hammer) is Barack Obama's compulsion to find fault with his own country For instance:

Obama offered Muslims a careful admonition about women's rights, noting how denying women education impoverishes a country -- balanced, of course, with "meanwhile, the struggle for women's equality continues in many aspects of American life."
Now to a normal person, living in the real world, that sounds perfectly reasonable. Who would deny that women have yet to realize full equality in the US? (women still earn about 75 cents for every dollar their male counterparts make) But what is Krauthammer's perspective on this?

Well, yes. On the one hand, there certainly is some American university where the women's softball team has received insufficient Title IX funds -- while, on the other hand, Saudi women showing ankle are beaten in the street, Afghan school girls have acid thrown in their faces, and Iranian women are publicly stoned to death for adultery.
Ok, Chuck, no one said that women don't have it a lot worse in the middle east, but are you really saying that the biggest problem faced by American women is Title IX funding?
Did you know that, according to FBI statistics, in 2008, there were 229 forcible rapes reported in Birmingham, Alabama alone. There were 257 just in Anchorage, Alaska. Your home townof New York, NY reported 890 rapes in 2008. And that around 1 million women per year seek medical attention due to domestic violence. I'm sure you must have had some idea, since you were a psychiatrist at massachussets general in the 1970's. But you're going to ignore that, just so you can pretend that Barack Obama was "creating false equivalencies."

Distorting history is not truth-telling, but the telling of soft lies. Creating false equivalencies is not moral leadership, but moral abdication. And hovering above it all, above country and history, is a sign not of transcendence but of a disturbing ambivalence toward one's own country.
No, you know what's disturbing? Someone who refuses to see any fault in one's own country. Someone who brushes aside a history that includes slavery, the genocide against Native Americans, Jim Crow, overthrows of foreign governments (Iran, Guatemala, Chile, etc.) and just insists that anyone who acknowledges our past transgressions is "distorting history." If I thought it were possible for Charles Krauthammer to feel shame, I would suggest that he should be feeling it now. But that would be kind of pointless. Asking Krauthammer to feel shame is like asking a Swede to be Chinese. It just can't happen, and it won't even make sense to the Swede.

Posted by Professor Chaos at 9:16 PM No comments: