A challenge to Carrie Prejean! 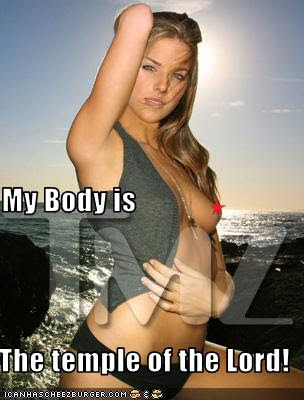 Hey Carrie. Remember when you said that conservative commentators would be thrown off the air for attacking a Democratic woman? And we all had a big laugh, and then said, "oh shit! She's serious?" And apparently you were actually serious about that even though it was just prima facia absurd? Remember that? 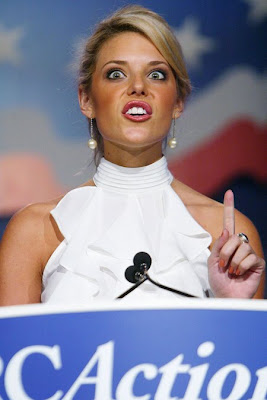 Well, Carrie, we're about to test your little hypothesis.

Beck accused the Senate Democratic leadership of bribing Landrieu to get her vote on healthcare, “We’re with a high class prostitute. That’s what we’re with…You’re not sittin’ there in a back alley and sayin’ hey what do you say, five bucks? No, no, no this comes to your Four Seasons hotel room and does it right. There’s nobody that’s going to look at her and say oh my gosh you’re with a whore…”

Limbaugh said, “That may be folks, that may be, the most expensive prostitute in the history of prostitution, and she’s bragging about it. Mary Landrieu bragging about a $300 million payoff from Dingy Harry to get her vote on this healthcare scam on Saturday night.”


Now Ms Prejean, when Beck and Limbaugh are not thrown off the air, which they of course won't be, will you admit that you were wrong? I know, being a fundie wingnut means never admitting that you are wrong about anything, but still. It would just be nice to once hear one of these nuts admit to having been wrong about something.

I can't imagine what a pain in the ass these people must be when they are kids in school.
I picture something like this:

Teacher: Who can answer this question, what is two plus two?

Teacher: No, sorry Little Carrie, the correct answer is four.

Little Carrie: No it isn't, it's five!

Teacher: I'm sorry, but it says right here in the teacher's edition that the answer is four.

Little Carrie: Your book is wrong.

Teacher: No, look, I don't even need the book, it's four. the answer is four.

Teacher: No, I promise you it isn't! CSUF is nowhere near the Ivy League.

Little Carrie: I never said it was!

Teacher: You certainly did!

Little Carrie: Why are you attacking me for my beliefs? If I believe that two plus two is five and Cal Stae Fullerton is in the Ivy League, that's my right as an American!

Teacher: It may be your right, but it's incorrect.

Little Carrie: You say it's incorrect, I say it's correct. Can't we just agree to disagree? Why do you think your opinion is more valid than mine? You're just an elitist!

Teacher: Look, it's not a matter of opinion, some things are just, oh fuck it, I need a drink!

Little Carrie: We'll just have to wait 'till we die, then Jesus will tell us what two plus two is!
Posted by Professor Chaos at 6:57 PM No comments: