So, a member of the Cyrus family finally did something sensible.

Miley Cyrus quits Twitter
Teen star Miley Cyrus says she decided to delete her Twitter account so that she could keep her personal life just that – personal.

Seems reasonable. One of the tough parts about being rich and famous has to be giving up a lot of your privacy. So if a 16-year old "singer" decides she wants to reclaim some of hers, who could possibly object?

Oh, sure her father.
Wait, what?

Why would her creepy, parasitic dad want her to keep twittering? 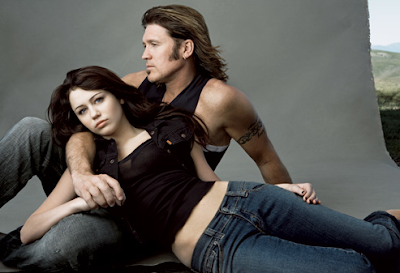 "Miley. You are a light in a world of darkness. You were born 'Destiny Hope Cyrus' for a reason," her father, Billy Ray Cyrus, tweeted Thursday night. "You can't leave everyone now. We r countin on u."
Oh, I get it. As any parent can tell you, your daughter is important, but not as important as kids with money to spend. And why speak face to face with your daughter when you can drag the conversation into public via the twitter? 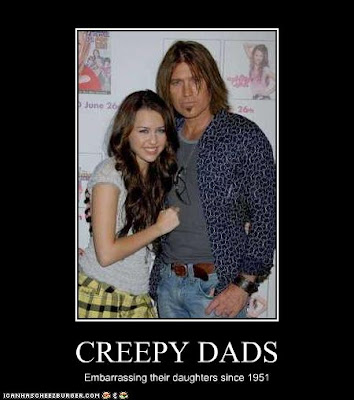 "I understand 'it is true one bad apple spoils the bunch,'" papa Cyrus continued. "But listen to the words of your songs 'Stand... for what ya believe in'...Remember?"

Soon after that he wrote, "Words can hurt worse than bullets. True. All the more reason to take this tool and tweet 'I'm comin to Chicago and askin kids to stop killin kids.'"

What the hell? First of all, dude, seriously. Not even Miley Cyrus is going to take inspiration from a Miley Cyrus song, okay? Secondly, what the hell? Do you really think any of that made sense? Third, Miley Cyrus is coming to Chicago to try to curb gang violence? Really? Miley Cyrus? Oh, yeah that's who the bangers are gonna listen to! Jim Brown and Tookie Williams couldn't dissuade them from shooting each other, but a little slice of Tennessee white bread jailbait should put them on the straight and narrow!

So if anyone out there is running for Father of the Year, good news! I'm pretty sure Billy Ray is out of the running. 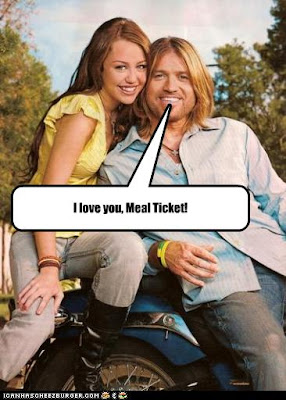