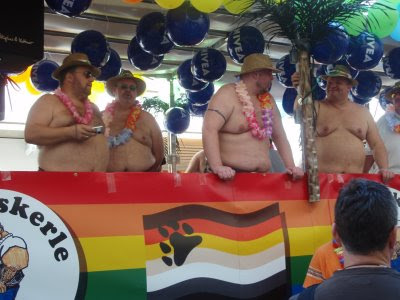 Yeah, those guys are huge!
Posted by Professor Chaos at 10:00 PM 2 comments:

They STILL have not renewed the Violence Against Women Act

How is this not a fucking no-brainer?

I guess when there are still women around like Phylis Schlafly. . .

Still alive.
(or so she claims)

The Violence Against Women Act (VAWA), now up for reauthorization, is in major need of revision. Its billion-dollar-a-year price tag spent by the radical feminists to pursue their ideology and goals (known as feminist pork) make it an embarrassment to Members of Congress who voted for it.

Starting with its title, VAWA is just about as sex discriminatory as legislation can get. It is written and implemented to oppose the abuse of women and to punish men.

Yeah, what kind of an asshole would want to oppose the abuse of women? Other than anyone with a shred of human decency?
And no one has suggested that men are naturally beaters or that women are naturally victims. They just want to stop those men who are abusers from abusing those women who are victims. Just like we have laws against robbing banks. That doesn't mean that banks are naturally robbable or that everyone who is not a bank is a born bank robber.

Ignoring the mountain of evidence that women initiate physical violence nearly as often as men, VAWA has more than 60 passages in its lengthy text that exclude men from its benefits. For starters, the law's title should be changed to Partner Violence Reduction Act, and the words "and men" should be added to those 60 sections.

Did I mention that this article was written by a putative woman?

Women who make domestic violence accusations are not required to produce evidence and are never prosecuted for perjury if they lie. Accused men are not accorded fundamental protections of due process, not considered innocent until proven guilty, and in many cases, are not afforded the right to confront their accusers.
Legal assistance is customarily provided to women but not to men.

Does this phrase sound familiar? ". . .if you can not afford an attorney, one will be provided to you. . ." Gawd, watch a Law & Order once, would you?

The way the Duke Lacrosse players' reputations and college education were destroyed is typical of feminist control of university attitudes. The prosecutor who falsely accused the men was disbarred, but there were no sanctions against the professors and college administrators who rushed to public judgment against the guys.

Because people should totally be punished for having opinions?
And by the way, they may not have committed rape, but those guys were racist assholes. Oh, I suppose I must be punished now!

And if it was just Schlafly, you could sort of accept that there was one incredibly self-loathing nutso woman out there, but of course it's not. There are also the "Concerned Women for America" who have this to say:

It is astounding that the left's "war on woman" has some senators afraid to oppose a bad bill simply because it's titled, "The Violence Against Women Act."

This legislation, which is normally a boondoggle for feminists groups, has become even more political this Congress.


A boondoggle for feminist groups? What does that even mean? I don't think you know what the word "boondoggle" means.


boon·dog·gle
[boon-dog-uhl, -daw-guhl]  noun, verb, boon·dog·gled,
noun
1. a product of simple manual skill, as a plaited leather cord for the neck or a knife sheath, made typically by a camper or a scout.
2. work of little or no value done merely to keep or look busy.
3. a project funded by the federal government out of political favoritism that is of no real value to the community or the nation.


And you seriously object to that. Really. You object to homosexual people being protected from violence. Are you really that despicable an excuse for a human being? Oh, right. Never mind.

In order to receive federal grants, domestic violence organizations have to agree to embrace the homosexual agenda.


Really? They have to embrace something that doesn't exist?
What do you think their "agenda" is? I'm pretty sure it goes something like this:

Item 1: Be treated like human beings with full citizenship rights.

It also expands categories of who is eligible to receive services.

These broad definitions actually squander the resources for victims of actual violence by failing to properly prioritize and assess victims.


If we don't prioritize victims, how can we be sure which victims are actually deserving of help?

These assholes just go around helping everybody willy-nilly.

According to Dr. Janice Crouse, Senior Fellow of Concerned Women for America's Beverly LaHaye Institute, VAWA currently does not address the 30 items on the Centers for Disease Control and Prevention's list of risk factors for intimate partner violence.


Really? Like which ones? Which of the 30 items are not addressed? How about one example?

Schlafly and a bunch of other sickos recently signed their name to this sickening letter:

We, the undersigned, representing millions of Americans nationwide, are writing today to oppose the Violence Against Women Act (VAWA). This nice-sounding bill is deceitful because it destroys the family by obscuring real violence in order to promote the feminist agenda.

VAWA has morphed into a series of rigid and ineffective law enforcement programs that continue to spend approximately $400 million each year. Angela Moore Parmley, Ph.D., from the Department of Justice, wrote in Violence Against Women, Vol. 10, No. 12, 2004, p. 1424, “We have no evidence to date that VAWA has led to a decrease in the overall levels of violence against women.”


Also, banks still get robbed, so we shouldn't have laws about that either.

There is no denying the very real problem of violence against women and children. However, the programs promoted in VAWA are harmful for families. VAWA often encourages the demise of the family as a means to eliminate violence.


Yeah, Goddamm right it does! If there is domestic abuse the least that should happen is the abuser loses his family. Hopefully the divorce papers will be served to him in his prison cell.
Why would keeping an abuser and his victim(s) together as a family be anyone's goal here? I don't even get it. Your "family values" include making women stay with men who beat them? That is just sick.


Further, this legislation continues to use overly broad definitions of domestic violence. These broad definitions actually squander the resources for victims of actual violence by failing to properly prioritize and assess victims. Victims who can show physical evidence of abuse should be our primary focus.


Like they say in basketball, no blood, no foul! If there isn't at least a black eye, then that violence just isn't real enough to care about. As long as the abuser limits himself to open-handed slaps, or smothering with pillows, or. I don't know, waterboarding? then the Concerned Women for America just aren't really all that concerned.

This VAWA bill continues the gross constitutional abuses of the past. It also proposes to add expensive new programs, such as one that would serve to “re-educate” school children into domestic violence ideology (Section 302, authorized at $15 million a year).


What "constitutional abuses?" They don't say. But if you're going to start "re-educating" children into thinking that domestic violence is bad, well that's pretty much Stalinist Russia right there.