VideoMcCarthy: Trump must flip Pennsylvania, two other states to take back election

Uhhh. . . . . yeah. And the Atlanta Falcons just need to undo the fourth quarter in order to win the 2017 Superbowl!

The election is over, dude.

You think his baseless accusations of fraud and threats of meritless lawsuits might fare better?

Trump lost — so what happens to the GOP?

Nothing will happen. There are no consequences for failure in politics. Donna Brazile ran the most incompetent campaign in history, losing to dimbulb failson George W Bush and they made her the chair of the DNC. Mitt Romney gets to be an elder statesman in the GOP. Newt Gingrich is on TV every Sunday and he doesn't even have to have a job, his wife got the all-time sinecure ambassadorship for no reason other than that she is married to the disgraced former Speaker whgo resigned under a cloud of scandal. So nothing will happen to the GOP. They will do to Biden what they did to Obama and in 2024 they will come back with someone who makes Trump look like a moderate and there's a 50% chance they'll win.

Well, yeah. . . There are no other races. What the hell else would you do with any resources you still have available?
Oh, yeah. That could fool anyone! That totally looks like a real live human face.

Yeah, they have the same chance as my suit against the girls who wouldn't date me in high school. But it never hurts to try!

Republican Marjorie Taylor Greene of Georgia, a newly-elected congresswoman who faced scrutiny for espousing conspiracy theories, accused Rep. Dan Crenshaw of Texas, a former US Navy SEAL, of having a "loser mindset."
Well, he did go crying to NBC to make Pete Davidson apologize for mocking his eyepatch, so she may have a point. 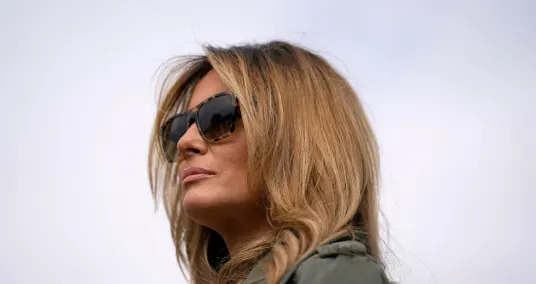