Here's Something Interesting I Learned

While writing that last post, I wanted to be sure I had spelled "Merkin" correctly, so I typed it into Yahoo.

And this came up:

According to The American Heritage Dictionary of the English Language the term stems from a corruption of the obsolete word malkin, meaning a lower-class woman or mop,

Yes, Malkin means " a lower class woman or mop," and is the basis for the word "merkin." 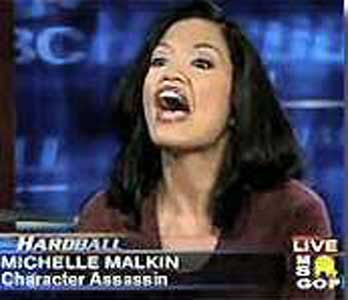 I'm never going to be able to look at Michelle Malkin the same way again.

Every time I see this:

I'm going to have no choice but to think of this: 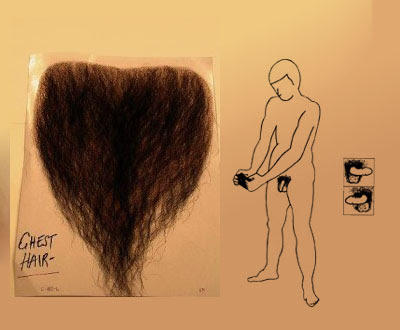 And now, neither will you.

You're welcome.
Posted by Professor Chaos at 8:51 PM 2 comments:

Was This Really Necessary?

After years of speculation as to the true nature of his hair, Donald Trump cleared up all speculation Monday when he sat in studio with Ryan and let Ellen K. feel the famous golden locks.

Really? Was there really a lot of speculation about Trump's hair?

Was anyone really looking at this:

and thinking, that looks like something a wealthy man would pay good money for?

Why, if I had that kind of money, I could have a dead muskrat to sit atop my head, too! How stylish I would be, how chic! Oh, if only I could afford a large, lumpen rodent pelt to carry about on my head. I would stroll down the finest avenues with such insouciance, a coyote merkin perched jauntily upon my cranium! Oh, how the ladies would flock to me!

Seriously. If Trump was going to wear a toupee, he could afford a good one. Not even a bald hobo would pay money to have his hair look like Trump's.

Was this investigation really necessary?
Posted by Professor Chaos at 8:27 PM No comments: