It's Your Fault We Have Trump


I've seen a few of these lately. These weird articles from conservative writers that basically amount to "hey, liberals. It's your fault Trump got elected." Which is odd in a couple of ways. First because no it fucking isn't. I mean, I guess we bear some responsibility for not coming out in larger numbers to vote for HRC, but Trump is your fault, conservatives. You own this mess. And secondly, you voted for Trump, you wore the stupid hat, you cosplayed as him in Charlottesville.

Some of you did this.

So why are you looking to put the blame on other people? You never hears conservatives saying "stupid libs, it's your fault we got Reagan" Or "Your political correctness is rthe reason Dubya got elected." Have you already fugured out that voting for Trump was a collossal mistake?

Anyway, someone on the Twitter called my attention to this well-thought-out thesis:

Wow! Where to begin with this guy?

First of all do you want to date liberal ladies? Why would you want to date someone whose politics you find repulsive? Am I to understand that if left-leaning women were to say "oh hell yes I'd date a right-wing troglodyte," you'd be running to their doorstep with flowers and chocolates?

Also, maybe it's not "conservatives" that women are refusing to date so much as it is guys who look like this: When you look like someone who is legally obligated to let his neighbors know he's moved in, I gotta think that limits the pool of eligible ladies who are interested in you. Have you ever thought that maybe it's just you? I mean, most conservative fellas seem to have no trouble attracting a mate.

Anyway, back to the article.

OkCupid will let users indicate their support for abortion. This type of assortive mating is one factor that allowed for the rise of a candidate like Donald Trump.

Ohhhhh, assortive mating! Sure. Of course. And here I thought it was "economic insecurity" or "blatant racism" or "hatred for the strong woman" that Trump rode to victory, but clearly it was "assortive mating!" Oh, it's all so clear now!

The popular dating website OkCupid announced Wednesday that it would make the online dating scene a little easier for progressives who can’t risk interacting with someone with whom they disagree (imagine the horror!).

Oh my God! You people literally created Conservapedia so you wouldn't have to interact with any facts that don't jibe with your narrative. You've built an entire infrastructure of FOX News, am talk radio and websites like the one on which you are currently posting so you would never be inconvenienced by a dissenting opinion. And you're complaining about proressives who don't want to spend their evenings making out with someone who reflexively shouts "Benghazi!" every few minutes?

They announced a partnership with Planned Parenthood that allows site users to put a badge on their profile signifying support for the nation’s largest abortion provider, much the way Facebook becomes saturated with similar kinds of profile pictures during the newest disaster.

That seems eminently reasonable. Seems like it benefits everyone involved. Conservatives don't have to waste their time chatting up baby murderers and progressives don't have to have their time wasted by someone they're going to break up with as soon as he mentions that he doesn't believe she should be allowed to make decisions about her own body. It's a win-win.
Oh, wait. I forgot. For conservatives, everything has to be part of a nefarious plot against them personally. Sorry, please continue.

Well, it is if you're not obsessed with Trump. But, sure it's hard not to see how a multi-million-dollar for-profit company, a division of an even larger corporation, would obviously be a part of a liberal conspiracy against the Turd Reich. Duh!

It’s hard to not see this as a reaction to the rise of President Trump, as Planned Parenthood has long been a political football tossed back and forth between left and right, although dating sites have never made such an overt venture into politics. But, in our current bizarre world of politics, this represents a widening chasm between those who are most politically active, causing people to see an opposing viewpoint as an all-out assault on their personhood. The irony is that the type of assortative mating OkCupid is encouraging is one factor that allowed for the rise of a candidate like Trump.

Gee, I wonder how that chasm got so widened? Who could have introduced this type of eliminationist rhetoric into the mainstream? 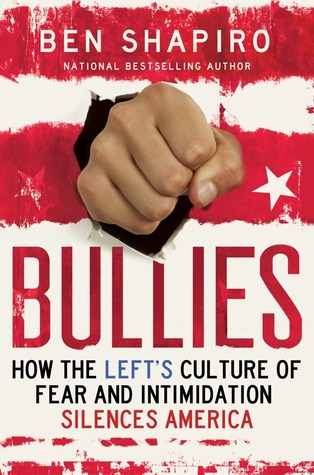 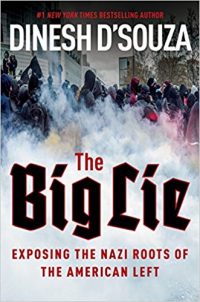 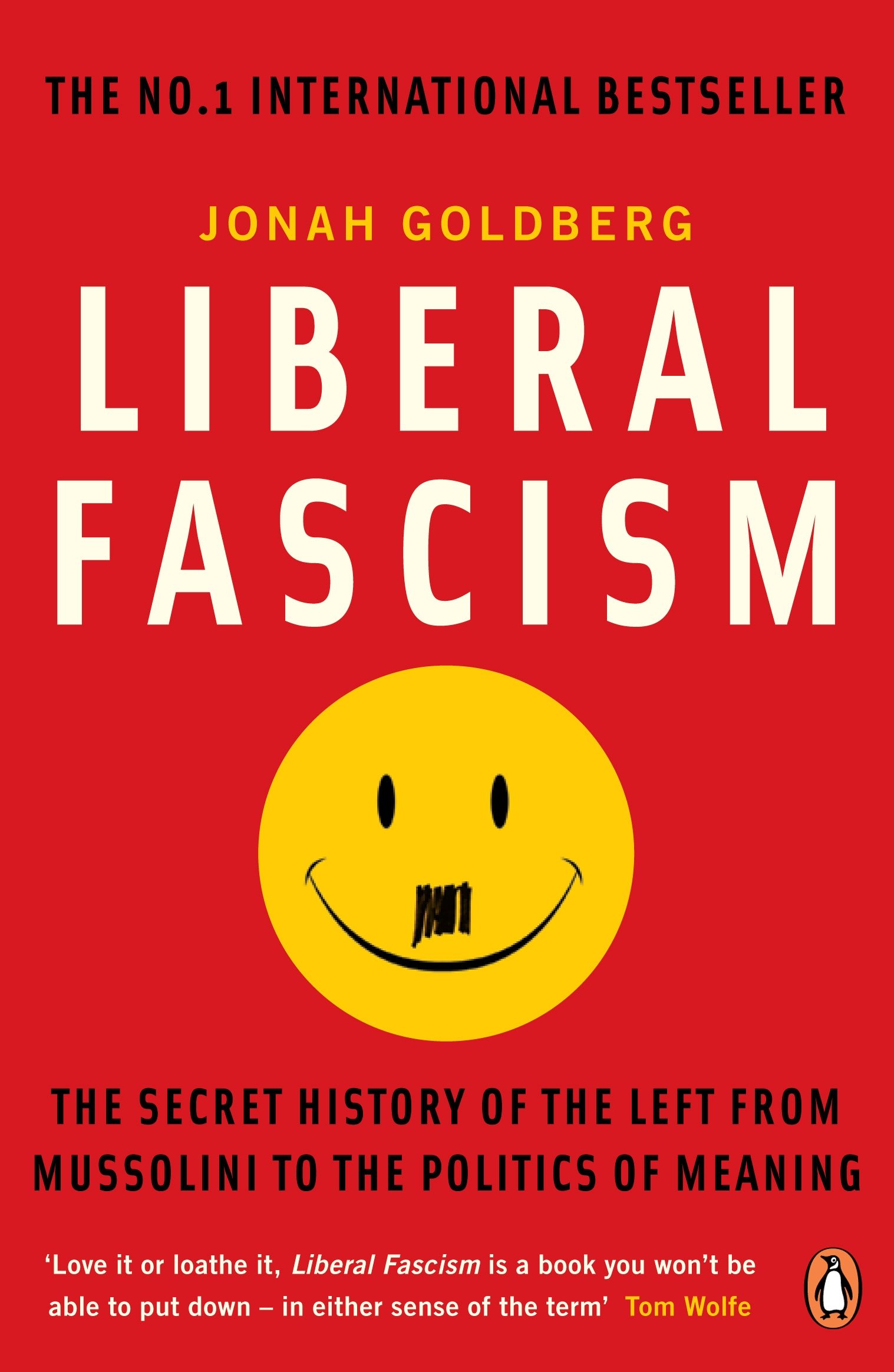 The Effects of Assortative Mating

Assortative mating is when someone partners and starts a family with someone of a similar background.

Oh. So. . . what almost everyone does? And has done since the dawn of time? And that's what caused Trump to be elected? How did it take this long?

Assortative mating is when someone partners and starts a family with someone of a similar background. It can be based on innate characteristics, such as race and ethnicity, or socioeconomic backgrounds. People have always engaged in assortative mating of some kind or another, but as social scientist Charles Murray explains 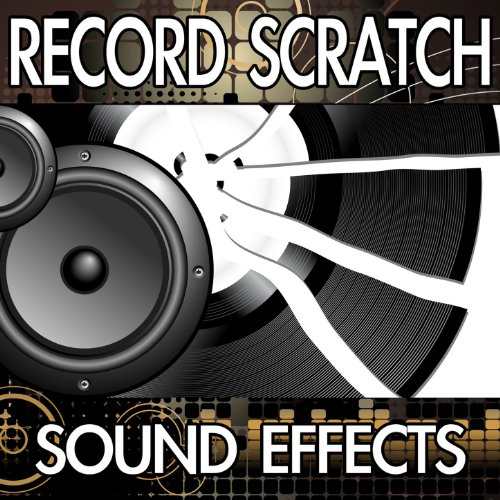 Oh my God, you couldn't pick a book with maybe a less racist-sounding title?

. . . as social scientist Charles Murray explains in his book “Coming Apart: The State of White America, 1960–2010,” there was a shift to a particular type of mating in the ‘60s which continues through the present day.
As cognitive ability became the most valued aspect of human capital––and the biggest predictive indicator for professional success––people began marrying others with similar intellect. Ivy League graduates marry other Ivy League graduates, and their kids do the same, and so on and so forth, causing severe economic stratification between what Murray calls the “New Upper Class” and “New Lower Class.”


Right. That never happened before the 1960's. Scions of wealthy families never married the daughters of the similarly well-placed until the Nineteen Fucking Sixties. It's not like the royal families of Europe all married each others' cousins or anything.

This is all developing at a time of increasing polarization in politics. . .
Polarization is a result of the emotional reactions that politics naturally bring out in people. The most politically active are the most extreme of each group––the most likely to surround themselves with only the likeminded, and the least likely to give an inch to an opposing viewpoint.
These groups also vote heavily in primaries, which pushes candidates further left and right.

Yes, which is why the Democratic Primary was won easily by Senator Bernard Sanders oh wait!


And, as represented by the ascendance of the Tea Party, they demand ideological purity.

And I suppose you have a similar example for the Left?

Assortative mating serves to intensify this polarization. It amplifies an already significant ingroup-outgroup mentality around contentious social issues. Social and cultural issues create severe disagreement because they trigger the emotional part of the brain: the disagreement challenges a core part of group identity. . .
Trump was able to convince rural and working-class people that he was the answer to their collective malaise. Economic anxiety, which Never-Trumpers are so wont to point out as the reason for his success, is intimately tied to cultural issues, because the anxiety is seen as a product of unfair cultural decline.

Or, to put it more succinctly: Racism.

You didn’t lose your job because your skill set didn’t match a changing economic reality. Instead, it was the result of a rigged system that benefits the elite, liberal urban centers on each coast and their progressively government-dependent constituents, at your expense.

Are we going to bother pointing out what a load of bs that is? That Blue States contribute more to the federal government than they get back, while it is Red States who are suckling at the government teat?
Are we going to mention the way the system is actually rigged in favor of smaller-population rural Red States, in that a state like North Dakota gets the same number of senators as does California despite having fewer people than the city of Los Angeles? And how that system gives these small rural states an outsized influence on the Electoral College?

In a less polarized environment, that schtick might be seen for the nonsense that it is. But in a world of ignorant voters and social stratification––in which progressives who live in wealthy ZIP codes and small-town conservatives share a mutual disdain for one another––you get stratification that populist blowhards can exploit.

Okay. Good. You acknowledge that this "schtick" is "nonsense." Good. But it's also nonsense to suggest that progressives are the wealthy elites while conservatives are good ol' salt of the Earth regular folk.
But at least you seem to realize that the Trump voters are people who have been lied to over and over by the Limbaughs and Hannitys of the media hellscape, but somehow you still believe that these people voting for an unqualified senile malignant narcissist is a result of their dating habits?

Humans naturally form groups, but when rampant partisanship is the foundation upon which the group lies, extreme politicians are those most likely to win their sympathy.

Hmm, interesting. Especially since, prior to the current occupant of the White House, the major party nominees for the presidency in the last few cycles have been Barack Obama, John McCain, Mitt Romney, and Hillary Clinton. Not an extremist among them. If this stratification has been going on since the 1960's, how is it that, for example, the Republican primary voters have managed to reject Pat Buchannan, George Wallace, Rick Santorum, Pat Robertson and Michele Bachmann without any of them making a real dent in the race? If this is a phenomenon that has been going on for five decades, shouldn't we have had a President LaRouche or a President David Duke by now?

If a progressive doesn’t want to date a conservative and vice versa, that’s perfectly fine. Everyone has deal-breakers. But as a political protest, this form of virtue-signaling is counterproductive in the long run.

Oh my God! Please, ladies. Please someone go out on a date with this creepy little weasel. It's the only way to prevent Trump's re-election! If Jarrod Laber doesn't get to second base with a liberal girl soon, he'll have no choice but to vote for Trump again! One of you gals is going to have to take one for the team.