7:00pm:
Richard Mourdock is leading? How in the hell is anyone voting for Richard "rape pregnancies are God's plan" Mourdock?

Chuck Todd looks like a rumpled drunk.
Also, I hate that guy.

How is Sherrod Brown not blowing out Josh Mandel? The guy called Mourdock a "class act!" How is that not electoral poison?

Oh, and speaking of Mourdock, he's losing now. So things are not completely insane.

7:35:
Aaaaaand, it's gone! South Carolina goes for Romney. I knew that was too weird to be true. I've been to South Carolina, there's no way Obama was going to have a chance there.

7:40:
Why does Chuck Todd keep saying that Barack Obama is "overperforming" in this or that county? How does one "over-perform?"
On a related note, why is Chuck Todd on television?

7:50:
Barack Obama is leading in Florida. Let the shenanigans begin!

8:00:
I just found out that if the National League team wins the World Series, the Democrats win the White House, so another good reason to love the SF Giants.
And hate the Yankees.

8:10:
Chuck Todd: if Obama wins 60% of Hispanics, he can't lose Florida. It will certainly make it too close to call all night. If that makes sense to you, congratulations, you're Chuck Todd!

8:20:
Howard Feinman just pronounced "Stratum" like "Stray-tum." Have I been saying it wrong all these years?

8:25:
Chris Matthews, you really shouldn't brag about being good friends with the people you're supposed to cover.

8:30:
You know, Rachel Maddow, you really don't need to break in to tell us that Romney is winning Arkansas.

8:40:
Just saw this picture of the world's most douchey furries:

8:45:
Oh, hey, here's an idea. How about NOT interviewing Ken Blackwell? The guy can't even get through his bullshit talking points without smirking.

8:47:
Ken Blackwell is more full of shit than a fertilizer factory. Just don't have him on the show. Don't give this liar a platform.

8:50:
Blackwell is lucky he didn't come in studio for this interview, because Al Sharpton and Ed Schultz would be beating his ass right now.

Don't you apologize to him, Rachel!

I heard Michelle Obama will be wearing a cotton dress tonight. I wonder if she "picked it" out herself? #VoteWhite
Collapse

"Johnny Bravo" is apparently a HUUUUUUGE piece of shit:


@NatTowsen hey after slavery they were free to go back to Africa. #whiteandproud
Details
1h Johnny Bravo Johnny Bravo ‏@Jsiweckyj

@NatTowsen @m_lehman24 oh they need protection now? Well maybe I wanna get some of the klan out and about and "protect" "whitey"
1h Johnny Bravo Johnny Bravo ‏@Jsiweckyj

9:05:
The Electoral College was the founders' worst idea, totally anti-democratic (intentionally) but it sure makes election night more exciting. It's like the first round of the NCAA basketball tournament: Breaking news, there's an upset brewing in Carolina!

9:10:
NBC should totally not be doing this "democracy Plaza" or whatever thing when so many New Yorkers are still without electricity. The money they spent turning Rockefeller Center into a giant election map could maybe have been spent better?

9:15:
Wasn't Pennsylvania supposed to be a "swing state?" Obama is destroying Romney there!

9:45:
Yay! Mourdock slinks home in defeat! Which is something that God intended to happen.

9:50:
If Elizabeth Warren had lost, I would have wept myself to death by dehydration.

10:10:
Linda McMahon lost? But her husband is a famous buffoon! That totally qualifies her to hold elected office! 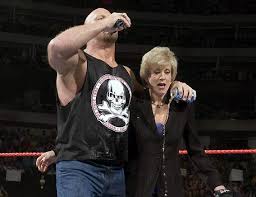 10:15:
Hey, Chuck Todd, the election is going on RIGHT NOW! Are you seriously running a segment entitled "road to 270, WHAT IF?"

10:20:
Ben Nelson replaced by a Republican? But how will we tell the difference?

10:25:
I know there's a long way to go, but my brain is still on daylight savings time and I'm going to bed.
Posted by Professor Chaos at 7:04 PM No comments: