What the hell is up with New Hampshire?

First you got State Rep. Edmond Gionet asking about the possibility of armed insurrection. Now this:

Several days after suggesting the Boston Bombing was perpetrated by the U.S. government, New Hampshire State Rep. Stella Tremblay (R-NH) doubled down on the claim Tuesday. In an interview on the radio show of anti-government conspiracy theorist Pete Santilli, Tremblay opined that since photos of a victim who lost his legs did not appear to show him “in shock” or “screaming in agony,” the attack must have been staged.


Jeezus Christ! Where does she get this shit, Alex Jones?

Citing Alex Jones and his conspiracy theory site Infowars, Tremblay notes that while she once believed 9/11 was a real attack by terrorists, 9/11 “truthers” have opened her eyes.


Of course. Of course you'd cite Alex Jones. Why the fuck wouldn't you? If you're someone who has been elected to a position of responsibility, why wouldn't you conduct research by logging on to Info Fucking Wars? 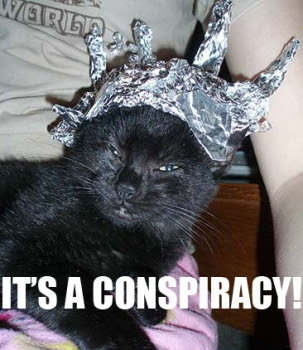 Of course, this is the state that sent Kelly Ayotte to the Senate. Wonder what she's up to lately. . .

GOP Senator: I Voted Against Equal Pay For Women Because We Have Enough Laws


Well, how about you cancel the law against marijuana to make room for the Equal Pay Act? Since there's some sort of limit to the amount of laws we can have?


Maybe if we let Ayotte explain it, and could she maybe do it in a shambling, incoherent way?

AYOTTE: We have existing laws — Title VII, um, Lilly Ledbetter, all those existing protections in place — that, I believe, enforce and provide that people doing equal jobs are, certainly in this country, should receive equal pay. So, uh, that bill, in my view, didn’t add — in fact I think it created a lot of additional burdens that would have been hard, um, to make it more difficult for job creators to create jobs. . . . The reason that I voted against that specific bill is that, I looked at it, and there were already existing laws that need to be enforced and can be enforced and I didn’t feel like adding that layer was going to help us better get at the equal pay issue.

Oh, well if it would make it hard to make it difficult to create jobs. . . because, I guess it's easier to create jobs if you have one of those simple 77 cents-to-one dollar male-to-female pay ratios? Because paying men and women the same is too confusing? I don't know, apparently this sort of thing makes sense in New Hampshire.