Obviously Ol' Rush has a problem with the current President. We know his fondest hope is that Obama fails, even if that means that the whole country fails. That's to be expected from a buffoon like Ol' Rush. But now, it really looks like the gasbag king has gone off the deep end. Now he's rooting for the pirates!

No, that wouldn't be that strange.

OK, that would be a little odd, creepy even, but no, not that pirate.

I don't think she's really even a pirate. 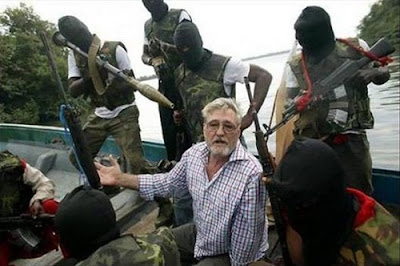 Somali Pirates. Rushie has a lot of sympathy for Somali pirates. Don't believe me? Well, that's understandable. Any normal person would think "No way. Even Rush isn't that big a dickwad. No one was rooting for the scumbag pirates in their stand off with the US Navy. It's not possible for any human being to be such a turd that he sees the hostage-taking criminals as the good guys!" Well, that's because you're thinking like a normal person. Rush is NOT a normal person. Really. Here's what he has to say about the pirates.

Seriously, when the hell did Rusharoo become such a bleeding-heart, soft-on-crime weenie?

If only President Obama had known that the three Somali community organizers were actually young black Muslim teenagers, I’m sure he wouldn’t have given the order to shoot. That’s the correct way to look at it. If only Obama had known.
Well thanks, Baron Jackovsky, but i think I'll look at this the way EVERYONE ELSE IN THE REAL WORLD looks at it, which is: The Navy Seals are fucking heroes who rescued an innocent man from the clutches of barbarous pirates.

Besides which, it's a pretty safe bet that President Obama DID know that these teens were Muslim since EVERYONE IN SOMALIA IS MUSLIM! I know it's hard to get used to a president who's not a total ignoramus, but I'm pretty sure this president was aware of this.

God Damn It, Rush would you just shut the hell up?
Posted by Professor Chaos at 8:01 PM No comments:

Some weirdo organization named "One News Now" has been flooding my in-box with rather bizarre emails. Here is a selection from their latest report from Bizzaro-World:

A conservative Christian leader says a new Department of Homeland Security report warning of a potential rise in "right-wing extremism" is nothing but a "political hack job" by the Obama administration to silence its conservative critics.

What do you wanna bet the "conservative Christian Leader" is notorious nut-job Rev. Donald Wildmon?

Dr. Don Wildmon, chairman of the American Family Association, says he is ashamed the U.S. government would issue such a report.
Pay up, Suckers!

"This is nothing in the world but using tax dollars to belittle anyone who disagrees with the current administration's social policies," he exclaims.

Um, wild-man? Would it make any difference if the report you're all in a tizzy about was commissioned by the Bush administration? Cuz it was. Really. Check CNN.com If you don't believe me. Scroll down to the last sentence: "Both reports were initiated during the administration of former President George W. Bush."

Not that facts really matter much in Bizzaro-World!

Posted by Professor Chaos at 7:45 PM No comments: