So the idiots at USA Today thought it was a good idea to ask Rudy Giuliani his opinion on anything. Surprise, surprise, he thinks Obama is terrible and Trump would be great. Then he chose a topic by spinning  his big wheel of topics (half the wheel is labeled "crime" the other half "terorism) and then filled in the extra words.


How many fucking countries does he have to drone-bomb for him to be "tough" enough on terror for you you shit-eating sewer rat?

Last weekend, America once again experienced attacks upon our shores. The resilient people of New Jersey and New York became the intended targets of hate-fueled terror. The 29 New Yorkers wounded by a bomb and the two New Jersey police officers shot by the alleged terrorist were innocent bystanders struck by radical Islamic terrorism.

And the perpetrator was shot and taken into custody the end.

President Obama and Hillary Clinton did not react as if these Americans were victims of terror, though. They have invested too much time and energy into the narrative that there is no ongoing War on Terror. Look no further than their reactions Saturday: Clinton’s comments came across as if nothing of real consequence occurred, while Obama was once again missing in action.

Yeah! Where the hell was Obama? Doesn't he know that when there's a terrorist attack, true leaders stand on the rubble and  milk as much publicity as they can from the tragedy? 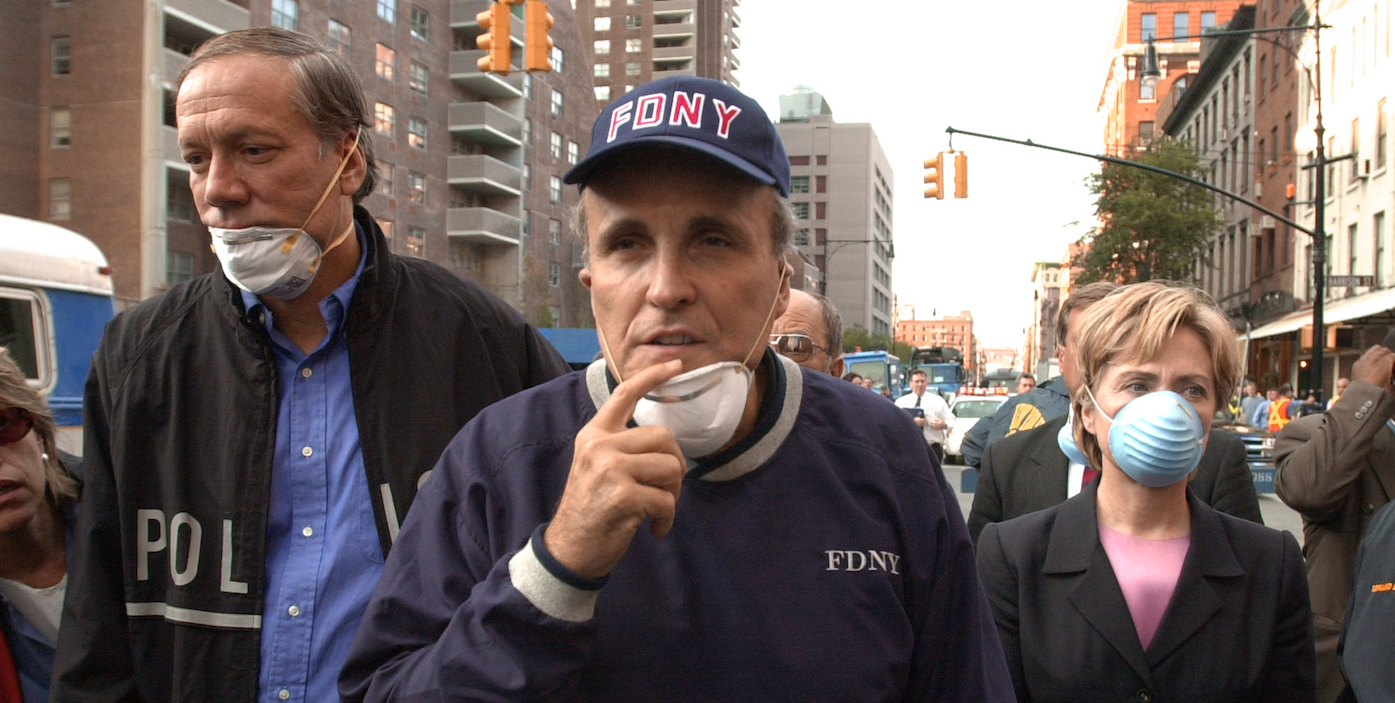 I mean, if you're not going to build your career on a bombing, why even have a bombing at all?


And yeah, Hillary acted like it was just another ordinary day. That's why she said


Like all Americans, my thoughts are with those who were wounded, their families and our brave first responders. This threat is real, but so is our resolve. Americans will not cower, we will prevail. We will defend our country and we will defeat the evil, twisted ideology of the terrorists.

I mean, what else do you want her to say? You want her to scream "we're all gonna die!" and run through the streets sobbing? I mean, I don't know how much more seriously one could address this kind of incident than the above statement.

Oh, and also when has either of them ever, EVER said there was no war on terror? Don't bother to answer, because it's never. Not once.

Our full military. . . what the fuck do you think we've been doing? We invaded, destroyed, and occupied two different countries! AT ONCE! We killed like 200,000 people! And got thousands of our own killed and wounded. And by the way, our invasion and destabilization is EXACTLY what led to the rise of ISIL. And fuck you!

After the 9/11 attacks, President George W. Bush kept the homeland safe for the rest of his presidency by striking back decisively.


And of course Dubya gets a mulligan for 9/11. Doesn't count.


Obama and Clinton continue to ignore the reality that a worldwide terror campaign is being deliberately executed by the very people they refuse to define: radical Islamic terrorists.


Okay, seriously, is there no one at USA Today to look at the crayon scribbling submitted by Giuliani and say "oh, this is a bunch of lies. We can't print this?" There's no editor? No legal department to say "you know, this could really be considered libelous, let's not print this?"

Because President Obama and Secretary Clinton have never ignored the reality of a worldwide terror network. We're currently conducting bombing operations in at least six different countries. Oh, and here's a headline that might interest you:

So where do you get the balls to pretend that they are "ignoring the reality," you sick little dung beetle?

This refusal is the cornerstone in creating a tyranny of political correctness that encourages people to be reluctant in identifying suspicious activity such as the training at a gun range that took place before the horrific San Bernardino attack.

Someone much smarter than I, and I wish I could remember who, said that whenever right-wingers talk about "political correctness," substitute the phrase "civil rights." This is a good example of how right that smart person was.  Amd no one is going to report any suspicious activity at a gun range, not because of "political correctness," but because A: almost everyone at a gun range looks super suspicious and B: the NRA has made it pretty much impossible to do anything about suspicious individuals as long as they're acting suspiciously with guns.

We have been here before: Osama bin Laden declared war on the United States. In 1993, radical Islamists bombed the World Trade Center. In 2000, they attacked the USS Cole, killing 17 American sailors.


In 2001 he did 9/11. In n 2002, Bush said he no longer really cared about finding him. In 2011, Barack Obama had the Navy Seals put a bullet through his fucking eye. So who's the one that doesn't take international terrorism seriously? You prolapsed asshole? Oh, and blah blah blah Donald Trump will win the war on terror by gleefully committing war crimes abroad and civil rights violations at home so vote for him blah blah blah. . .