Pallin' Around With Terrorists

Apparently, one of Michele Bachmann's advisors has actually been imprisoned on terrorism charges in Uganda.
This story is from FOX News, by the way, who totally want to be Michele Bachmann's boyfriend, not som damn dirty liberal website.

AP
Peter Waldron, director of faith outreach for Rep. Michele Bachmann’s presidential campaign, reportedly was arrested in Uganda on terrorism charges and imprisoned for over a month before being released five years ago under mysterious circumstances.

Not to be outdone, Mitt Romney has himself one of them terrorist-affiliated advisor fellas, too.

Reuters/Joshua Roberts
A foreign policy advisor to Republican presidential candidate Mitt Romney has been active in recent months in an advocacy campaign to rehabilitate the reputation of an underground organization in Iran known as the Mujahedin-e Khalq. The MEK has been designated by the U.S. State Department as a "terrorist" organization.
Mitchell Reiss, former director of policy planning at the State Department during the Bush administration, is now advising the former Massachusetts governor on foreign policy, the New Republic recently reported. Reiss also advised Romney's 2008 campaign.

Posted by Professor Chaos at 7:11 PM No comments:

Within hours of an earthquake striking the eastern U.S. Tuesday, a rabbi that has spoken for the anti-gay group National Organization for Marriage (NOM) was already blaming homosexuals.
In a video posted to YouTube, Rabbi Yehuda Levin asserted that "one of the reasons God brings earthquakes to the world is because of the transgressions of homosexuality."

So the punishment for the gay marriage thing is an mild shaking that kills no one, injures no one, and does damage only to the National Cathedral? Take that gays!

You'd think a rabbi would be familiar with the Old Testament. When Old Testament people did something to upset Old Testament God, he went freakin medieval on them. Plagues, floods, fire and brimstone, when Old Testament God was pissed, you damn well knew it. Seems to me maybe God is getting a bit soft in his old age. Either that or maybe, just maybe, gay marriage doesn't really bother him.

Posted by Professor Chaos at 6:57 PM No comments:

Horrible Mother Convicted of Abuse, Idiots leap to her defense.

Sadistic "Hot sauce Mom" Jessica Beagley   was convicted of child abuse and may face jail time. Of course there are a bunch of assholes taking to the comments section to defend her.

Warning: This video is very hard to watch.

I found that video very disturbing. But maybe even more disturbing are some of the comments left on the Yahoo news page containing the story:


Does the government decide just how the children of this generation is punished? What happend to spare the rod, spoil the child. I am glad that I grew up with spankings, they got the point across and I am better for it.

Really? You're better for it? So you used to be even worse? Obviously you weren't spanked hard enough to get across the point of subject-verb agreement.


Child abuse is a terrible thing, but is this really child abuse? Jail???? I know a whole lot of folks who got the "soap treatment" for cussin' and, son of a gun, they still take showers. Much adeu about nothing....

Wow, so if you weren't traumatized enough to be rendered unable to bathe, then it doesn't count? Also, soap and hot sauce are very different things. Both are awful, but soap doesn't burn the lining of your mouth. Also, the word is "ado." Unless you are trying to say "much goodbye about nothing," in which case the word is "adieu." Also, your name means "house."


Big friggin deal!!! Abuse? lmao. if your an old person no one gives a !@#$!!! far worse things happen to the elderly every day! lets hear you cry about a REAL PROBLEM

If worse things happen to someone else, you have no complaint. Soldiers who have lost an arm or a leg in the war can't complain because Max Cleland lost 3 limbs. Now if you lose all four, then that'll shut old Max up! 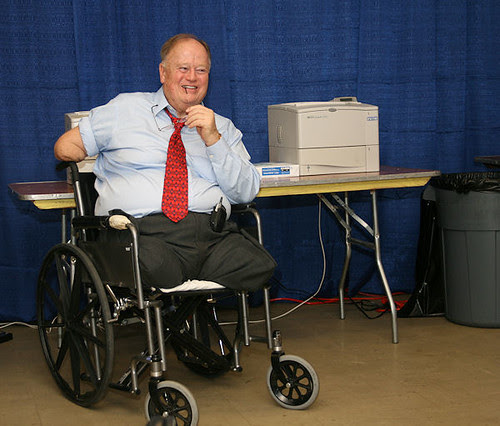 Better not be whining while he's still got one good arm!
0users disliked this commentBad Bradabout a minute agoReport Abuse


Yeah lets let Casey Anthony walk, but find this lady guilty, our system here is so messed up it makes me sick!!! We cant spank our kids, cant pray in school well to God anyways but rap a towel around your head fly up to your local goverment office on you magic carpet with your wicker basket full of snakes and they will give you a 7-11 or a valero and let your kids have time out for mass in school. they take all our rights away from us BUT!!! let your kids do a crime before they are 17 then guess who is in trouble? you are, im sorry people but i am sick and tired of this F**ked up so called justic system and every red blooded American should feel the same way.... My point is this lady did nothing wrong but because Casey Anthony walked every parent that punishes there child will be proacuted and found guilty of child abuse. i could go on and on dang im #$%$!!!

Um, wow! Just. . . wow!
First of all, Mass is celebrated by Catholics, not whatever fictional people ride magic carpets with snake baskets. 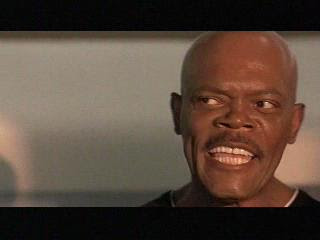 He has had it with these muthafuckin' snakes on this muthafuckin' magic carpet!
Second, no one is stopping anyone from praying in school. The schools are just not allowed to force anyone into prayer. Do you think that kids are getting into trouble for chanting "please, God, don't let her call on me?"
Third, which agency is it that is responsible for handing out the 7-11's and Valeros? 'Cause I will bring a basket of snakes down there right now!
Fourth, how does one "rap" a towel around one's head?
Fifth, are you sure that you are #$%$!!!? Are you sure you're not %@#&?
darkabout an hour agoReport Abuse

Punish the child, it's abuse. Let the nanny state tell us we can say 'that was a not so nice thing to do'... kid goes to highschool and kills a few dozzen of his classmates due to having no dicipline... It has got to be the parents fault.

Um, what? A kid with a lack of discipline goes on a murder spree? That's a hell of a leap! Oh, but wait, there's more from "Dark"


In my youth, i can safely say that i have digested no less than one case of Ivory bar soap, 30 gallons of Tabasco sauce, 2 bottles of ipicack (not to excuse the use of it). Wore out at least three belts, broke at least 17 wooden spoons, 3 hair brushes, and my mothers will once or twice. Somehow, after all of that, i managed to gain a healthy respect for law enforcement, and the rules.

Ah. I see.  Yes, you clearly have a healthy viewpoint. That's why you go by the name "Dark" and your profile looks like this:

That just screams happy, healthy and well-balanced. Actually, it just screams. And it's no wonder, given the horriffic list of abuses you suffered as a child.


it starts out as something simple like lying, but it ends up with him disrespecting his mother, teacher girlfrined and killing his classmates, lets just send him to his room where his tv computer and game system is, that will teach him....NOT

Again with the killing the classmates? where is this idea coming from? If you don't torture the kid for telling a fib, he's sure to end up as a mass murderer. It makes no sense.


That kid is lucky I'm not his mother, I'd do more than give him hot sauce, his rear end would be blistered red and he'd be grounded for three weeks. You weaklings out there with no spine to discipline your kids will raise children that are in charge of you and who will end up slapping you around.

Interesting theory. If you don't beat the hell out of your kids, they will end up beating you? I would say that every kid is lucky that you are not his or her mother, since your parenting philosophy seems to be that family life is a blood sport for dominance


Hot sauce is lame, it's much more fun to watch your kid bubble from the nose after washing the kids mouth out with soap. What ever happen to the trusty belt, that is how I go it......what a bunch of babies.

So you got beat with a belt, now you're the kind of sadist that thinks it's fun to watch children suffer. What was your point again?


I don't know what you people are talking about. When I was kid disiplence was #1. I thought a lot of times that my parents were hurting me and hated me, but really it showed how muc they loved me. Because of them I have no trouble figuring our right from wrong.


You believed that your parents hated you? That's horrible. But, you have a sense of right and wrong, so I guess the emotional trauma was worth it!

It's really depressing to know how many sadistic assholes there are out there. I'm sure a lot of thbem have kids. And if they don't yet, there's nothing to prevent them from having them. I have to go sob in the fetal position now.
Posted by Professor Chaos at 6:46 PM No comments: