Okay, that can't really be what he said, right? That headline must be a little misleading. Let's just see what the actual text of the article says:

In some parts of rural Maine, there were dozens, dozens of black people who came in and voted on Election Day. Everybody has a right to vote, but nobody in town knows anyone who’s black.

When Carrigan pressed the party chairman for specifics about where fraud occurred, he vaguely referred to "several rural Maine towns" and promised an investigation to find out more.

"What I'm doing is purchasing a post card, we're going to mail it in and thank people for registering to vote and see whether it comes back," [Charlie] Webster said.

You know, Charlie, voter caging is generally done before an election. Much more effective that way.
"So, you think the Democrats bussed in people?" Carrigan asked.
Yes. Yes, I'm sure that's what happened. I'm sure the Democratic leadership risked prosecution and de-legitimization in order to sneak people in to MAINE. They'd go to any lengths to carry MAINE, with it's, what, one and a half electoral votes?  Let the Republicans pull their chicanery in Ohio or Florida, we'll have the last laugh when we carry MAINE!
And what a coup it will be! Why, no Democratic presidential candidate has carried MAINE since, um, 2008.  But before that, no Democrat took Maine since, um , John Kerry way back in '04. . . wait, why are we stealing Maine again?

Of course, the problem is, according to Charlie, that he shouldn't have used the word "black." Because what he meant to say was, um, "black."

“I regret saying the word black because it wasn’t like I was singling out black,” Webster said. “The reason I said it, ‘cause I don’t know where you live, but where I come from in rural Maine, it’s a small percentage of the population. I think we’re the whitest state in the country. So if you go to the polls and see people who are black, it’s unusual. And when you see a lot of people who are black, like six or eight or ten people, you think, ‘Wow, where do they live?’ That was my point.”

Oh, that's your point! Sure, in a town with only a few black folks in it, I suppose it would be odd to see several black people in the same place at the same time. Unless something important were happening there, like say, a presidential election!

Webster told TPM he heard from five individuals who were concerned by the number of minority voters casting ballots on Election Day.
“If you live in a town of a few hundred people and you go to the post office every day, if there’s someone who doesn’t look like you, you usually know that,” Webster said. “And that’s why when folks called me and said, ‘Where did this Chinese man come from? We don’t have any Chinese people here. Where did they come from?” Well, I don’t know! It’s a good point.” 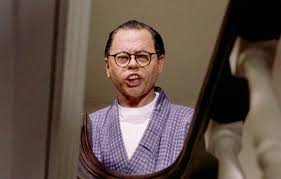 You know, I'm beginning to think Charlie Webster might be a bit racist!

Webster said he wasn’t racist and that he had several black friends. 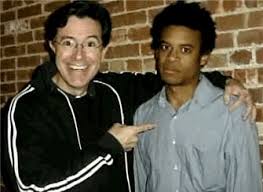 “There’s nothing about me that would be discriminatory. I know black people. I play basketball every Sunday with a black guy. He’s a great friend of mine. Nobody would ever accuse me of suggesting anything,” 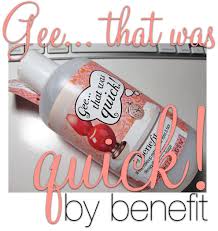 So, if Maine is any indication, the GOP is making serious progress attracting minority voters. The Democrats might as well close up shop.
Posted by Professor Chaos at 10:14 PM 2 comments: