Crankshaft is technically a comic strip, although i have yet to find the "comic" part.
It's about a grumpy old man who is really grumpy, but deep down has a heart of gold which is also grumpy.

Here's a typical strip. It happens to be from July 3, and so Old Crankshaft is setting off fireworks! Oh, the hijinks that are bound to ensue! I can hardly wait!

See, it's funny because his neighbor got mad when Crankshaft shot fireworks into his yard. It's funny when people get angry for completely understandable reasons!

Later in July, Crankshaft fills in for his fiend driving an ice cream truck His friend's name is, get this, Rocky Rhodes! Where do they come up with this stuff?

It's funny because the old guy likes to look at pretty young women! And that's funny, because well, haven't we all known an old guy who was, you know, heterosexual?

Oh, Crankshaft, you'll never get any business that way! But maybe that's what you intended? Oh, ho, ho Crankshaft! You're incorrigible!

Oh, Crankshaft, under that crusty exterior, you're just an old softy, aren't you?
Posted by Professor Chaos at 8:52 PM 3 comments:

Apparently, Yahoo News thinks we should give a damn what a bunch of scumbag CEOs think about Obama's first six months in office. So we get this.

Employers are struggling to provide health benefits while remaining competitive in the global economy and many Americans worry an illness will devastate their financial security.

Yeah, you know what could fix both of those problems? Getting rid of crooks like WellPoint and going to a Canadian-style system. Just a thought.

Both are already bearing the brunt of an existing cost shift to private insurers from Medicare and Medicaid. Unfortunately, many in Congress are proposing to shift the burden even further by expanding government-run health care.

Apparently, making a lick of sense is not a prerequisite for becoming a health care executive. If the burden is being shifted from Medicare & Medicaid to private insurers, wouldn't expanding government-run health care alleviate some of that burden? By Ms. Braly's logic, I might complain the the Giants organization puts too much emphasis on pitching and not enough on offense, and now they've made it worse by trading pitching prospects for quality hitters.

The President is doing the right thing by bringing in leaders from hospitals, physicians, nurses, employers, advocacy groups, and private insurers, among others. Only by working together will we be able to develop a sustainable solution for America's health care system.

Yes, he's definitely doing the right thing by bringing in Private Insurers to shit all over any chance of meaningful reform. 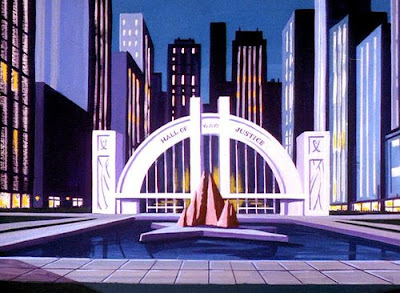 the Superfriends have shrewdly invited Lex Luthor and the Joker to join the fight against crime! 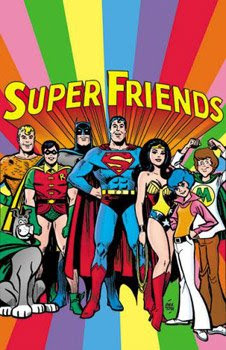 Next up, Michael Dell, who has promised to refer to himself with the royal "we" throughout his appearance here.

There are some aspects of what is in the economic recovery act around broadband, healthcare, and IT spending that we think are good things. We're concerned, like many, that one word that seems to be missing from a lot of discussions is "competitiveness." How do all of these things make America more competitive? It's a word that should be used more in Washington.

Well done, Michael Dell! You are indeed a horse's ass!

I've never heard of "Pimco," so you are dismissed.

Who else do we have?

A place where I do not think they struck the right chord was on the tax proposal involving overseas earnings of multinational corporations headquartered in the U.S. The overwhelming view from that constituent group is that if that proposal were to go through, it would at best require a lot of U.S.-headquartered companies to eliminate jobs to reduce costs to make up for the increased tax burden.

Oh, no! If we have to pay taxes on our obscene profits after we've taken the time and effort to hide the money in the Caymans, well, I guess we'll have to fire a few people just to get our spirits back up.

I believe we have time for one more.

Ah, Jeez, who the hell let Trump in here?

I would hire him.

Mm-hm, and how many bankruptcies have your businesses gone through again? Yeah, three. I thought so. So, see your endorsemsent - it's not really helping. Yeahhh. . . um could someone show Mr. Trump out? Thanks!
Posted by Professor Chaos at 7:37 PM 2 comments: