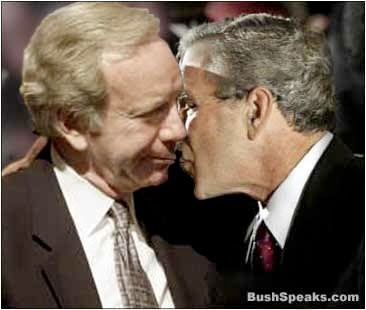 WASHINGTON, Oct. 28 (UPI) -- U.S. Sen. Joe Lieberman, Ind-Conn., threw cold water onto Democrats' healthcare reform effort, saying he'll help filibuster unless the public option is yanked.
God Damn it, Joe! See, this is why everyone hates you. Why would you possibly oppose a public option?

I think a lot of people may think that the public option is free. (source)
No. No one thinks that. That is a straw man argument that the opponenets of reform have constructed. Everyone knows it will cost money. The difference is that instead of money coming out of your paycheck to go to Aetna, money will come out of your paycheck to go to a publicly-run plan. A plan that will not have a profit-motive to screw you out of coverage. Everyone knows this. You're either stupid, or you're lying.

If the public option, the government run health insurance company, negotitates hard to lower the reimbursement, the money it's paying to hospitals, doctors, they're gonna have to get that money somewhere, and where they're gonna get it is from the 200 million Americans who today have private health insurance. Premiums will go up. It's exactly what's happened with Medicare and Medicaid.
So the problem is that the public option will cost too little?

My hospitals in Connecticut told me a while ago that they get 70 percent of the average cost of patient care from Medicaid, about 90 percent from Medicare. If that was it they'd go out of business. So they charge the private health insurance companies 130 percent of the average cost, and that's what would happen with this new entitlement, new government run health care program. It's just not worth the risk.
Really? Really? The private health insurers hire such shitty negotiators that they end up paying 130% of the cost? Really? Have you ever looked at a health insurance statement?
I'm looking at one right now. Column 1 reads: Piedmont Hospital, X-Ray or Lab Services. Amount submitted, $358.00 Column 2 reads: Amount Negotiated or allowed, $70.91

For the mathematically impaired, that means that Aetna negotiated a payment of 19.8% of the amount the hospital was billing. Where the hell do you get 130%? Joe, "your" hospitals in Connecticut are lying to you. Well, probably not lying, exactly. The hospitals may be billing private insurers 130% of the cost, but the insurers sure the fuck aren't paying it! 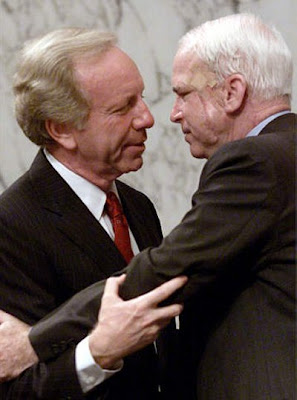 So, you know what? He wants to filibuster, call his bluff! Somebody lend Harry Reid a pair and tell him that if Joe wants to filibuster, make him do it for real. Make him go all Jimmy Stewart and keep talking for days on end. Let the public see just how hard Joe is willing to work to make sure that they don't have access to a public healthcare plan. A plan which polls continue to show is popular with the public.

Make sure everyone in America has a chance to turn on C-SPAN and see how hard Joe Lieberman is willing to work to protect insurance industry profits. Then everyone can join me in shouting "Sweet Hammer Of Thor, I Fucking Hate Joe Lieberman!"
Posted by Professor Chaos at 5:00 PM 1 comment: