J. Crew Is Destroying The World!

At least according to FOX.com

Dr. Keith Ablow
I guess that's supposed to be scary, but I didn't see how the term "gender identity" would mean anything negative. I thought maybe it had some definition with which I was unfamiliar, but according to dictionary.com, it just means:

a person's inner sense of being male or female, usually developed during early childhood

So how is "planting the seeds of gender identity" supposed to be bad? Oh, just wait! Here's an ominous bit of foreshadowing, "pink toenails!!!!" See, Miss Stone, I was paying attention in Ninth Grade Lit.

A recent feature in J. Crew's online catalogue portrays designer Jenna Lyons painting her son Beckett’s toe nails hot pink. The quote accompanying the image reads, “Lucky for me, I ended up with a boy whose favorite color is pink. Toenail painting is way more fun in neon.”

Oh, I think we all know where this is going. Next stop, Gomorrha!

Yeah, well, it may be fun and games now, Jenna, but at least put some money aside for psychotherapy for the kid—and maybe a little for others who’ll be affected by your “innocent” pleasure.

I know I'm affected already just from seeing the picture of the little boy's pink toenails. Help, I need some sort of gender therapy or something! Quickly, before I put on a dress!


This is a dramatic example of the way that our culture is being encouraged to abandon all trappings of gender identity—homogenizing males and females when the outcome of such “psychological sterilization” [my word choice] is not known.

Well, you could ask David Bowie. Was anyone ever more androgynous than Bowie in his heyday? 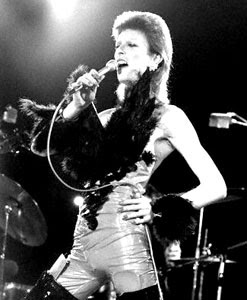 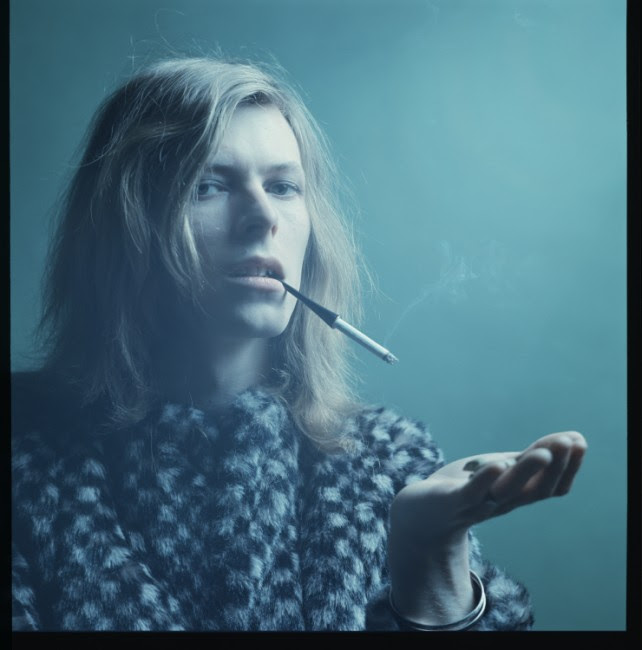 And how did this affect his personal life? Well, he's been married twice, currently to model Iman since 1992, and has fathered a child with each of his wives. (And God knows how many with various groupies.) Hardly an example of "sterilization."

In our technology-driven world—fueled by Facebook, split-second Prozac prescriptions and lots of other assaults on genuine emotion and genuine relationships and actual consequences for behavior—almost nothing is now honored as real and true.

Do they still make Prozac? I thought everyone was taking Zoloft now.  But yeah, he's got a good point. Nothing assaults actual consequences for behavior like Facebook and anti-depressants. Because you could do something totally bad and then Facebook would, um, let you get away with it, I guess? Or something? With Prozac? Anyway. . .

Okay, you had me then you lost me. I have to agree that dressing little girls in outfits that would be "provocative" on grown women just seems wrong and really just horrible. 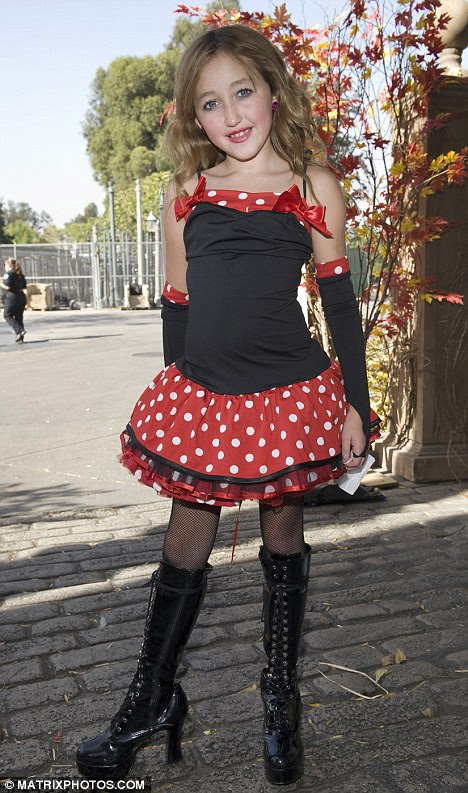 But I don't see the problem with a little boy playing with "girl stuff" like makeup or dolls or whatever, How could this possibly be a problem?


If you have no problem with the J. Crew ad, how about one in which a little boy models a sundress?
I don't know, might look kinda bad-ass. 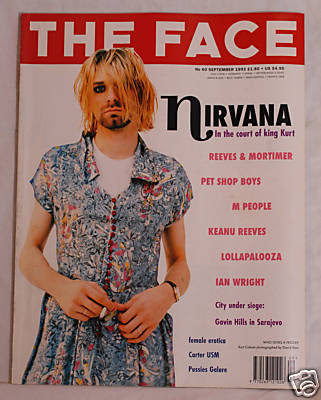 how about one in which a little boy models a sundress? What could possibly be the problem with that? Well, how about the fact that encouraging the choosing of gender identity, rather than suggesting our children become comfortable with the ones that they got at birth, can throw our species into real psychological turmoil—not to mention crowding operating rooms with procedures to grotesquely amputate body parts?

Riiiiight, because if a little boy were to wear a dress, next thing you know, he's gonna want to get his dick lopped off. It's hard to argue with that logic.

Why not make race the next frontier? What would be so wrong with people deciding to tattoo themselves dark brown and claim African-American heritage?

Um, it wouldn't work? They'd end up looking like this: 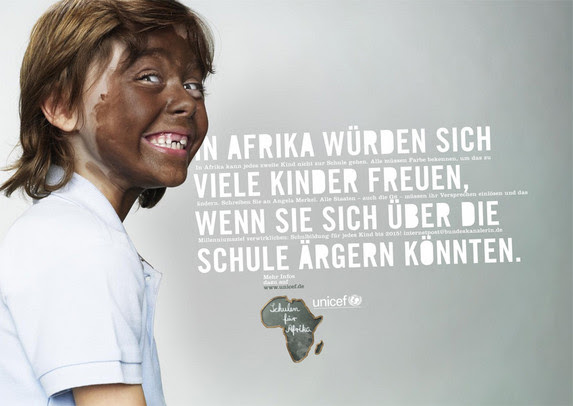 And it would take forever and cost a fortune and hurt like hell.

Why not bleach the skin of others so they can playact as Caucasians?

Why should we hold dear anything with which we were born?
Yeah, honestly, most of us are perfectly happy with our genders. I personally have no desire to swap my you-know-what for a lady-you-know-what, and I think most of us feel the same way. But for those who are dissatisfied with their assigned gender, what the hell is the problem with letting them try to improve on what they were given?

Why should we hold dear anything with which we were born? What’s the benefit of non-fiction over fiction?
Well, the benefit is that non-fiction always wins, in the end. And to the extent that you take flights of fancy into masquerading through life, life will exact a psychological penalty.
The fallout is already being seen. Increasingly, girls show none of the reticence they once did to engage in early sexual relationships with boys.

Which is due largely to boys painting their toenails pink. Damn, I wish I would have known that trick when I was a lad! Although, I think that if young ladies are less afraid of their sexuality, that might not be "fallout" so much as a positive development.


Increasingly, girls show none of the reticence they once did to engage in early sexual relationships with boys. That may be a good thing from the standpoint of gender equality, but it could be a bad thing since there is no longer the same typically “feminine” brake on such behavior.

The horror! Young people having sex! Oh, I feel faint!

Girls beat up other girls on YouTube. Young men primp and preen until their abdomens are washboards and their hair is perfect.

Yeah, nothing is more feminine than washboard abs!

Dude looks like a lady!
And the surest way to develop those abdominal muscles is by "priming and preening!" 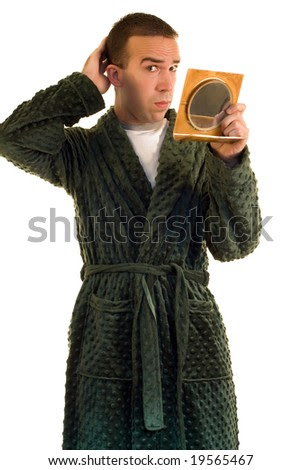 Maybe we’ll all have shiny, colored lips, though, and pierced ears and perfect eyebrows and mommies who get applause from their J. Crew friends at the park for parading their sons through the streets in costume.

Their J. Crew friends? You can order friends from J. Crew now? Friends that will applaud for you? I would totally drag a kid through the street in dress if I could get an ovation. My stupid friends almost never applaud me.


Jenna Lyons and J. Crew seem to know exactly what they’re up to. That’s why the photograph of Jenna’s son so prominently displays his hot pink, neon toe nails. These folks are hostile to the gender distinctions that actually are part of the magnificent synergy that creates and sustains the human race [fucking]

I see it all now! Clearly, J. Crew is not really a clothing company, they're just a front for a sinister group of androgynes who plan to turn us all into cross-dressers. Then, when we're all busy parading around with our costumed kids, they will sneak in and win Wimbledon! If Pete Sampras is busy trying on prom dresses and the Williams sisters are beating up Kim Clijsters on YouTube, there'll be no stopping them!

I wonder what Jenna would think if her son wanted to celebrate his masculinity with a little playacting as a cowboy, with a gun? Would that bring the same smile of joy and pure love that we see on her face in the J. Crew advertisement? Or would that be where she might draw the line?

Ooh, baseless speculation! Can I play? Um, what if he wanted to be a cowboy, but it was the cowboy from the Village people? 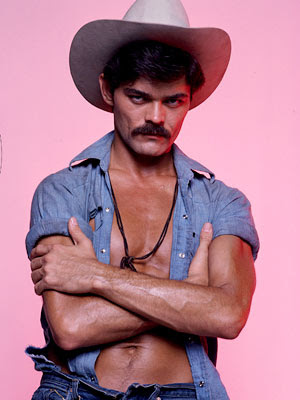 I bet she would totally be OK with that.

Or what if he wanted to play pirate?

But, here's the twist, he meant Pittsburgh Pirate!

Ooh, I'll bet she would hate that,because her son would be doing something typical of his gender identity group. And we know how much Jenna and the whole J. Crew cabal hate that!
Posted by Professor Chaos at 6:24 PM No comments: