Stupid or Liar? You decide!

I don't know whether Roger F. Noriega is a stupid man.

He does have a Bachelor's Degree from something called Washburn University, so I'm guessing he's not actually stupid. But it's hard to tell.

There are two schools of Right-Wing punditry, the stupid school ( Tucker Carlson, Sarah Palin, everyone on Fox & Friends) and the dishonest school (Charles Krauthammer, George Will, etc). And of course, there are those with one foot in each category (lookin' at you, Sean Hannity!)

So it's hard to say whether Roger F. Noriega was being stupid, dishonest or both when he belched up this column, printed in the Atlanta Journal Constitution under the headline


WASHINGTON — Try as he might, President Obama cannot escape responsibility for the debacle at the U.S. southwest border, caused, in part, by his administration’s mismanagement.


Now, if one were trying to do actual legitimate journalism here, one might point out an example or two of the President trying to evade responsibility, but Noriega is from the American Enterprise Institute whose motto is "Facts? We don't have to show you any stinking facts!"

Until Congress returns next month, he should use the tools he has to secure the border and to discourage illegal crossings. One can only hope that he will not take unilateral actions that might make matters worse.


So, he should act on his own without Congress, but hopefully not take any unilateral action. 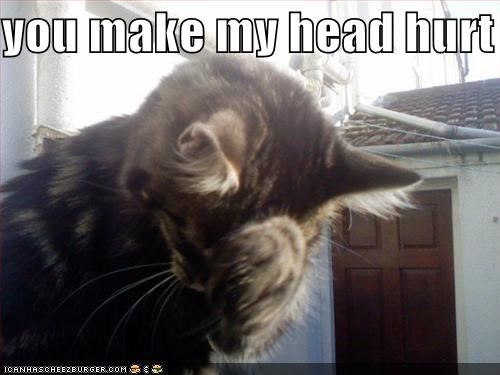 After all, the current crisis has been stoked by loose talk in Washington about a possible “amnesty” of illegal immigrants, stoked by Obama’s 2012 decision to suspend deportation of youth with long-standing ties to the United States, and news that young children arriving at the border were being released pending hearings.


Okay. Except the "loose talk" has come from Republican scare-mongers who scream "Amnesty!!!" every time anyone suggests maybe treating immigrants with some human decency.
And the children being given hearings is due to the Obama Administration enforcing a law signed by president George W. Bush.
Other than that, though, sure. Clearly all Obama's fault! 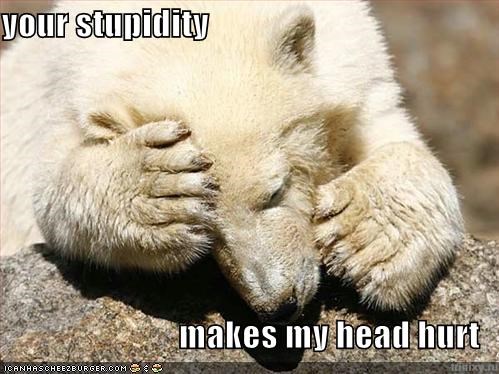 During a visit to Washington last month, Honduran President Juan Orlando Hernandez cited “ambiguities” about U.S. border enforcement that are part of the “pull factor” encouraging people to rush across the U.S. border.


Sure. Because, obviously these children are leaving the only home they've ever known, traveling 1,200 miles across a rapist-infested desert clinging to a train that they themselves refer to as the "Death Train" because of an "ambiguity" in US Border enforcement. Sure, that's probably it. It couldn't be the fact that their hometowns have become so overrun by gangs, cartels, and assorted murderers that the Death Train seems like a slightly safer alternative to staying in their homes.

Hernandez also explained the “push factor”: Narco-violence that sows insecurity and deadly street gangs preying on youth in his country and neighboring El Salvador and Guatemala. Unfortunately, these are poor nations with governments unable or unwilling to deal with these challenges.


Are you even going to try to find a way that that's Obama's fault?
No?
You got nothing?


Refugee advocates contend that more than half of those arriving in recent months have bona fide claims that require a hearing under U.S. and international law.
That is contradicted by a Border Patrol survey in May that found that nearly all of those interviewed made the trek because of recent rumors of leniency. According to sources in Central America, so-called “coyotes” — criminals who make their living smuggling people — have been advertising lax U.S. border enforcement to drum up business.


Oh my God, how many times does that need to be debunked?
Do you really think these desperate children are, in between ducking bullets and evading kidnappers. thumbing through the local paper looking for articles describing the state of border enforcement in El Paso?
It's interesting that you don't provide a link to this survey, because from what I hear, most of these kids haven't heard these rumors until their journey is well underway. 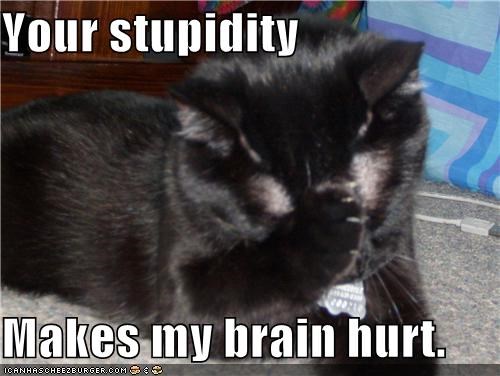 Part of the initial problem in responding to the border crisis was the administration’s overly broad application of a 2008 anti-human-trafficking law that requires a complicated hearing on an immigrant’s asylum pleas.


Overly broad how?
And seriously, complicated? Is that really the problem here? Are the hearings too "complicated" for immigration judges? Who have law degrees? And specialize in exactly these kinds of cases? Really? Oh, no, these hearings are just too darn complicated, let's send these children back to their deaths. That's much simpler!

The current crisis is fueled primarily by smuggling, not trafficking. Border personnel should be allowed to use their experience and discretion to screen for legitimate refugee or trafficking cases.


Yes, just like street cops get to use their discretion whether to jail someone. It's not like there are trials  and judges and what-not. That would be too "complicated!"

Of course, bona fide refugees in U.S. territory must be attended to lawfully. However, the U.N. should work with local governments to offer relief to refugees in their country of origin, rather than wait for them to run the gauntlet to the U.S. border.


And since Barack Obama is totally in charge of the UN, this is clearly another failure! Impeach!!!
I mean, he must be, right, seeing as how this is "his" crisis!

One thing that all can agree upon is that no one is better off risking the thousand-mile trek through Mexico, during which many migrants are abused, robbed, raped or killed.
If the perception of lax enforcement lures people to risk life and limb, that must change immediately. Republicans made these arguments while crafting a tough measure that would strengthen border enforcement, make it easier to deport new arrivals and send an unambiguous signal that the border is being secured.


Right, the only humane thing to do to a child who has survived the hellish journey is to send him on a return trip back through the robbers, rapists and murderers, so that he can spread the word back in his hometown that our borders are secure, goddammit!

Although the president initially talked tough on border enforcement, his political advisers apparently recommended that he toss the “hot potato” to congressional Republicans.


Wait, are you saying that he expects Republican legislators to legislate? He actually thinks that lawmakers should make laws? No, clearly he is completely derelict in his duties by not acting unilaterally so that John Boehner can then sue him for acting unilaterally. 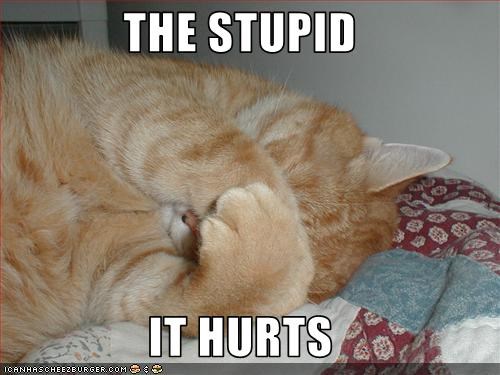 However, securing the border is the responsibility of the president, not the Congress. And, the president does not need new authority to get a handle on this crisis by sending an unambiguous message that illegal crossings will be stopped, most new arrivals will be turned around, and a sweeping unilateral “amnesty” is off the table.


Okay, let me see if I got this. Border enforcement is the purview of the Executive Branch. And the executive decides how to execute the laws. And it is up to him to decide  whether to show basic human decency by taking in child refugees or to turn them around, give them a swift kick in the pants and say "sorry, kid. Try not to get murdered on the way back!" That's up to him right? Then how about you shut the fuck up and let him do his job? When you're the president, you can decide how to execute the laws of the land. Until then, the guy who is President is going to have to do that. And the fact that you don't like it isn't all that relevant. You want a more cruel border policy? Win an election. Find a candidate who isn't batshit insane, unctously corrupt or both and try to win an election. Until then, just get out of the way and let the grownups handle this.