What are you complaining about, ya crybabies?


It used to be that when a young person complained about something, an old person would tell them all about how "you kids today have it easy. When I was your age, we had to walk ten miles to school. In the snow. It snowed every day back then, and if there wasn't enough snow, the city council would bring in snow machines from the local ski resort to make sure we had snow to trudge through. And shoes hadn't been invented yet! And after school, we would walk home through the snow, sip dome gruel, then go off to our jobs as coal miners. And we didn't have these fancy picks and shovels, we dug coal out of the mountain with our bare hands, and the foreman would stomp on our frostbitten toes if we didn't dig fast enough. And the TV only had three channels!"

But now, Marc Thiessen is taking it up a notch!


American millennials have a lot of complaints about their lot in life. So here’s a question for them: When is the last time you had to walk through a sewer waist-high in human filth, choking on the toxic ammonia, yet unable to cough for fear of alerting the Nazi SS soldiers on the street above — knowing that if you did, they would open a manhole cover and toss in grenades or poison gas to kill you?

How is that your baseline?

Oh, you've got some complaints, have you? Well, just consider yourselves lucky that you aren't in literally the most dire circumstances humanly possible!

You have to worry that white supremacists might shoot up your school, your mall, your nightclub? Psshh! Are you wading through sewage while you worry about being shot by Nazis? No? Then quit your whining! You don't know how lucky you are!

You see a future in which our coastal cities are all under water? Well, they're not under sewage, are they? Then what is your fucking problem, you crybabies?


This is one of the weird  themes that conservatives return to again and again. The "at least you're not in this place that's worse" shibboleth. You object to the fact that there are a lot of states where a person can be fired for being gay? Well, you know, in Iran, they put gay people to death! You think it's wrong that women still don't have full equality in America? Hey, in Saudi Arabia, women aren't even allowed to drive! As long as some other place is worse, we need never address any societal problems here in the US of A. Well, except for football players kneeling during the National Anthem. Or television shows being disrespectful to Christianity. Or department store cashiers saying "happy holidays." 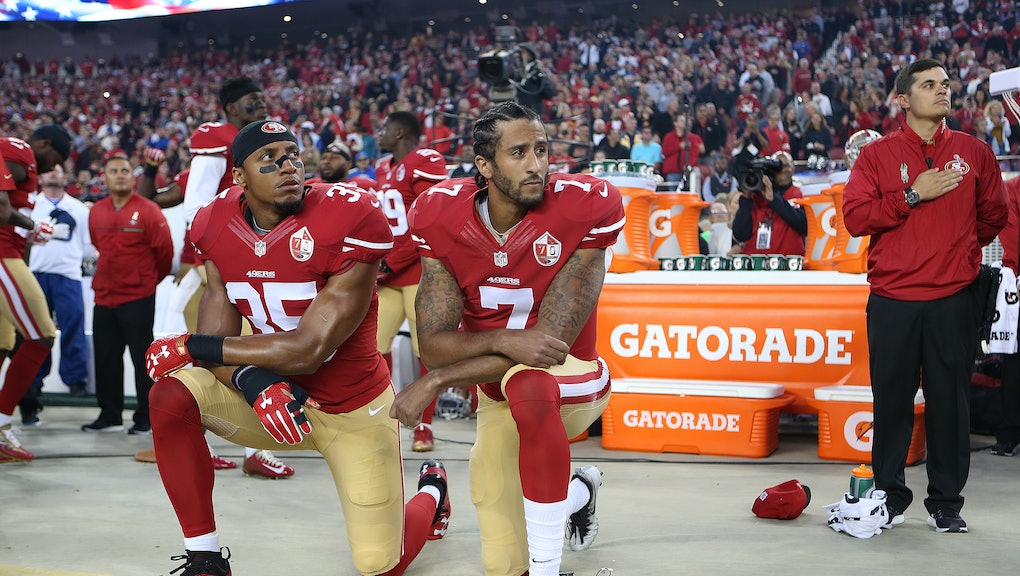 Here in Warsaw 75 years ago, teenagers did exactly that. Last week, surviving members of the resistance gathered in the Polish capital to mark the anniversary of the Warsaw Uprising, when the underground Home Army rose up, freed the city from Nazi occupation and held it for 63 days.

In our colleges and universities, first millennials and now their Generation Z successors have demanded “emotional safety,” insisting on “safe spaces” and “trigger warnings” to protect them from ideas they don’t like

Oh my God. here we go with the "safe spaces" crap again!
Why are the righties so obsessed with the idea of "safe spaces" and "trigger warnings?" As if they didn't create an entire news network to protect them from ideas they don't like!

As if they didn't create an alternative to Wikipedia to protect them from facts they find troublesome.

As if they hadn't re-translated the Bible to protect themselves from inconvenient theological teachings.

. . . they tell us that “words are violence.” No, they are not. Violence is SS officers using flamethrowers to clear buildings. Violence is defenseless civilians being put in front of Nazi Panzers as human shields. During the Warsaw Uprising there were no “safe spaces” — battles were literally fought house to house, room to room. There were no “trigger warnings” — only Germans pulling their triggers as they executed civilians and prisoners of war lined up on street corners.

Okay. Yeah. And that Warsaw situation was objectively worse. Why does it sound like you prefer a scenario in which young people are being roasted by flamethrowers and crushed by tanks to one in which college professors give "trigger warnings" before discussing potentially troublesome topics?
Somehow, if a college literature professor says "this semester we'll be discussing Huck Fin and - trigger warning -  Huck uses the N-word a lot." this is more problematic to you than innocent people being slaughtered by Nazis?


I brought my kids — ages 17, 16 and 13-year-old twins — here to witness this. I wanted them to see with their own eyes what real adversity, sacrifice and heroism look like. I wanted them to put their fingers in the bullet holes that still mark the walls where the Nazis executed children their age. I wanted them to understand that these horrific events happened within the lifetimes of their immediate family, and that they must never take for granted the freedom, peace and security they enjoy.

Okay. That seems like a good idea. But I'm going to go ahead and assume that you gave them a warning first. A "trigger warning," as it were. You probably told them before you got to Poland that they were going to see some things that they would find disturbing. You didn't just say "hey, let's take a fun family vacation to Warsaw," and then when you got there go "hey kids. See those holes in the wall? Those are bullet holes from when the Nazis murdered children your age right here in this very place. Go ahead, stick your fingers in the holes the bullets made after passing through the bodies of terrified children!" Because if you didn't warn them beforehand, you're a fucking monster.