I mean, what is even the joke here?
Apparently, Serena Williams may have lost her temper a bit when she was penalized in a tennis tournament. You know, like John McEnroe, Jimmy Connors, Ilie Nastatse, et al made careers of doing. So this imbecile decides that what would be oh so humorous would be to draw Ms Williams having an exaggerated tantrum, and that the witty cherry atop this amusing bit of hilarity would be to depict her as some sort of neanderthal or cave-woman or something?
And then, havng the umpire ask the other player, who, in real life, by the way, looks like this:

so I can not imagine why he chose to draw her as a blonde white woman, but having the unpire ask her to just let Serena win - what is that even based on? That obviously didn't happen. Nothing at all similar to that hapened where that could be a satire or a parody or a caricature of the actual event. See, they don't understand how jokes work. The premise of a joke has to be based in reality. You can't make a joke about, say Barack Obama's tiny ears or Donald Trump's gigantic hands. I mean, you can but it won't be funny. Conservatives do not get this.So they are never funny.

So after the original cartoonist was called out online for being maybe a teensy bit of a, as the French say, a huge racist shitbag, a couple other conservative comic artists decided they'd better get in on mining this rich vein of comedy gold.

Playing off of the original not at all funny comic, a couple of other hacks try to show the humorous side pf being criticized for your racism. So this guy at least lets you know right from the get-go that you're in for a heavy dose of douchebaggerry when he opens with the term "P.C." No one who has ever used the term "PC" or "politically correct/incorrect" is not a douche. It's like how no one who says "I'm not a racist, but. . ." is not a racist.

Anyway, I think I have a fairly good grasp of what people mean when they say "politically correct." They mean not racist, not misogynist, not anti-LGBT, etc. So how is portraying a strong athletic black woman as a dainty delicate white woman who seems to be completely incompetent at tennis supposed to be "P.C?" I can't begin to imagine. It's not funny. It doesn't make any fucking sense, it's based on nothing, it doesn't even qualify as a joke. There doesn't seem to be any point other than I guess he probably thinks it will "trigger the libs" or some such nonsense.


Yes, the dreaded "PC Gestapo." Because if there's one thing a gestapo won't abide, it's racist caricatures of minorities!
Basing a joke on the premise that this cartoon that was freely published is somehow not allowed to be published because being criticized is somehow reminiscent of Hitler's Gestapo - that doesn't work. How do these conservatives not get that editorial cartoons especially need to be based on reality? Although, I guess when you live in the FOX/Bretbart/Limbaugh virtual reality world, maybe these absurd premises do seem to reflect some sort of real-world phenomena?

Which, of course, brings us to the absolutely not at all funny case of SCOTUS niminee Brett Kavanaugh's "alleged" sexual assault. Now there's obviously nothing funny about sexual assault. If you're a normal person. But if you're a conservative? Well, put me in front of a brick wall and hand me a microphone, 'cuz I got some new material to work out!


I really don't know why Mike Huckabee,since finally giving up on having a career in politics, has decided to re-invent himself as a Twitter comedian. If you've ever seen any of the "jokes this guy Tweets out," hoo boy! Here's a timely f'rinstance:

Right after Huckabee on @TBN at 8pm ET, I'll be on w/ @JudgeJeanine on @FoxNews where I'll confess that when I was in high school, I once put a whoopee cushion in a teacher's chair. I bet this will keep ME off the Supreme Court.
— Gov. Mike Huckabee (@GovMikeHuckabee) September 15, 2018

Ahahahaha! I\see, it's funny because a harmless schoolboy prank is pretty much at the same level of seriousness as locking a girl in a room, pinning her to the bed, muffling her screams and. . . wait. that's not right. God damn it, Huck you're an ordained Baptist minister. Is it only consensual sex that you think is a sin? Do you seriously not have a problem with sexual predators? 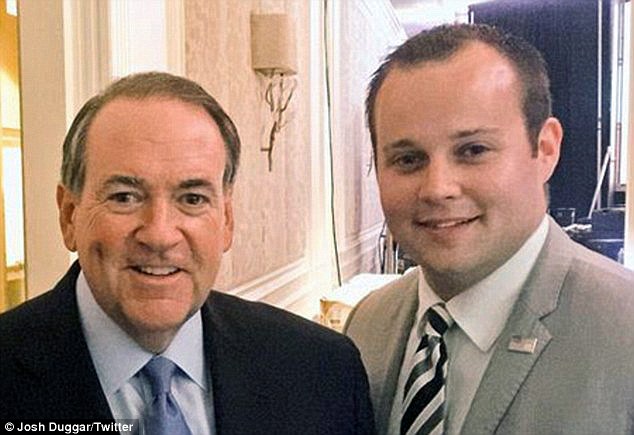 And in case you thought "well maybe he didn't mean that the way it sounded":


What's next? Dems in Senate want to block Kavanaugh because in 2nd grade, he licked the icing off a cupcake of a classmate? Will we have another "Spartacus" moment? https://t.co/eCDxtWpnvE
— Gov. Mike Huckabee (@GovMikeHuckabee) September 13, 2018

Yeah. The joke is that an attempted rape is no more serious than licking frosting off a cupcake. No wonder he's okay with Josh Duggar assaulting his own sister.


If, IF, Brett Kavanaugh was a trans person and showed the courage to dress in a manner befitting his gender identity and use the restroom (not "hang out in the restroom") that matches his identity, then sure. He could, in theory, hear a tiny bit of applause form  "the left." But after the applause died down, those few people who were applauding his courage would, en masse, remind everyone that no, he absolutely should not be on the Supreme Court, or any court because he is a horrible person who has committed at least one sex crime. So there's no basis for the joke other than that asshole conservatives think that trans people are funny. Or that acceptance of trans people is such a ridiculous idea that it seems funny to say that "the left' would be accepting of a trans version of Kavanaugh. Either way, there's no joke there.


Not o be outdone, the loathsome son of the loathsome president decided that he, too, could score a few laughs on the subject of sexual assault:

He apparently has no regrets, it's been up for hours pic.twitter.com/i7zC3LrzRk
— Judd Legum (@JuddLegum) September 17, 2018


You shouldn't have to explain, even to a shithead like Don Jr, why there is nothing funny about this.
Conservatives are never funny, but god damn it, they will not stop trying.