The Stupidest Boycott Ever.

The American Auto industry is in big trouble. Chrysler and GM are teetering on the brink of bankruptcy. Dealerships are closing, workers are being laid off. But someone has figured out a way to make things worse!
A boycott of General Motors!

It seems to have started with some columnist named Hugh Hewitt 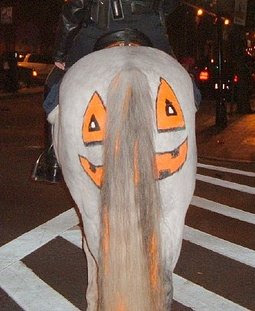 Hewitt had this to say about GM:

I won't buy a socialist car, which means I won't be buying a GM or Chrysler car for as long as the U.S. government owns huge blocks of the companies.

Even if massive subsidies for a time present appealing products at subsidized prices, however, I won't be visiting a GM or Chrysler lot no matter the product offered.
So, no matter how good the car, and no matter how good the price, you will pass up the deal because it offends your ridiculous ideology? Is that what we're getting at here? If Gm ends up making the best car on the market (maybe bringing back the Bel Air? A boy can dream!) you will buy an inferior car and pay more for it because the government bailed out GM. Wow, talk about cutting off your nose to spite your face!

Buy Ford. Buy Toyota. Buy anything that isn't owned and operated by the federal government.
That's right. It's better to support one of our foreign competitors than to buy from a company which has offended Hugh Jass, I mean Hewitt.

And of course, the flaming bag of poo on the doorstep of intelligent discourse, Rush Limbaugh is jumping on the moron bandwagon.

Limbaugh reassures any GM workers who might be listening that the boycotters aren’t angry at them. “They don’t want to patronize Obama. They don’t want to do anything to make Obama’s policies work!” he explains. “This is an untold story, by the way. Of course, the government-controlled media is not gonna report anything like this but there are a lot of people who are not going to buy from Chrysler or General Motors as long as it is perceived Barack Obama is running it, because people do not want his policy to work here because this is antithetical to the American economic way of life.”
So, sure, thousands of decent hard-working Americans might lose their livelihoods, but it will be worth it to be able to point at Barack Obama and say ( in a sing-song cadence) "haha ha ha haha! Your policies didn't work! Because we sabotaged them and brought down a major American company in the process!"
Oh, and not to quibble, but there is no "government-controlled media" in this country. I think you're confusing the US with North Korea again. Are you finally giving up on the "liberal media" myth and moving on to a new paranoid fantasy?

Apparently, Hugh "Jass" Hewitt (Yes, I know i stole that from the Simpsons) is quite the little boycotter, although he's pretty modest about it:

I don't resort to boycotts often. In seven years on the radio, I have urged exactly one: Against Target, for throwing the Salvation Army from its doorways. I still maintain my refusal to enter Target, and hope you do as well.
I think maybe Hugh has a different definition of the word "often" than the rest of us. Let's see, he has urged boycotts of:

CANADA:
Looks like Boycott #2 is on the horizon. If Canada can't defend the free speech of its most talented native son, then it shouldn't be getting even our devalued tourist dollars.
VERMONT:
It is time to cancel that trip to Vermont. Be sure to tell the Vermont Chamber of Commerce why you aren't coming and drop a note to the Burlington Free Press to let the state's leading paper know as well. The Vermont tourism industry can thank Pat Leahy, the father of the mother of all Senate boycotts.
And

PEPSI:
http://www.freerepublic.com/focus/f-bloggers/1406817/posts
Posted by Professor Chaos at 6:06 PM No comments: