So, Yeah, Paul Ryan is Exactly the Douchey Little Frat-Boy You Thought He Was.

Paul Ryan: All Pumped Up for His Closeup

When TIME named Paul Ryan a runner-up in the 2011 Person of the Year issue,

[What the fuck? Was it that pathetic a year?]

many were familiar with his proposed budget, but few knew that the Wisconsin Congressman stayed fit with the now best-selling P90X workout plan.


Also, no one gave a good goddamn. No one looked at Ryan's ridiculous budget plans and thought "how does that moron stay so darn trim?"

(Ryan’s father and grandfather both died of a heart attack.)


That is one hell of a heart attack, to kill two men with one attack!

In fact, it was Ryan’s fitness regime — and Herculean strength on all things fiscal — that inspired this workout-themed sitting for Person of the Year.


Herculean strength on all things fiscal? If by Herculean you mean idiotic and by strength you mean also idiotic, then sure. He has Herculean fiscal strength. Nice objectivity, by the way, Time Magazine. Did a 13-year-old fangirl write this? Damn liberal media!

This looks exactly like the college-aged tools that used to try to buy beer from me when I worked in a convenience store, the guys who called me "brah," and would ask me 'sup?
This is really, really not a congressional look. This is not the look of a serious person. It is certainly not the look of a person with "Herculean strength" either in fiscal or physical matters.

Seriously, Paul Ryan, if you're going to pose with weights like this:

You really ought to have a physique like this: 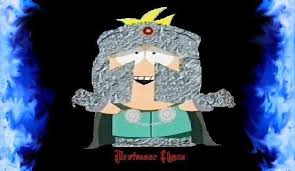 If you're going to invite us all to the gun show, there really ought to be some guns. Just sayin'.