J Church was a Sna Francisco band started in the early 1990's. The name comes from the J-line streetcar that runs down Church street, right past the house we lived in when we lived in SF. Oddly, despite seeing their name in the "alternative weekly" papers a lot, I never actually heard them until I stumbled on to their "Nostalgic for Nothing / Singles Going Shitty" cd in a record shop in Seattle. Anyway, J Church did some of the best garage/indie rock songs of the 1990's and somehow never got on the radio or had any commercial success, even during the flood of post-Nirvava soft/loud/soft bands, most of whom could only dream of frontman Lance Hahn's songwriting chops.

Tragically, Lance Hahn died in 2007 at the age of 40 from kidney failure. This world didn't deserve him.

In case you were wondering. . .

Yep. The Republicans managed to hold their debate in one of this country's dreaded "gun-free zones." 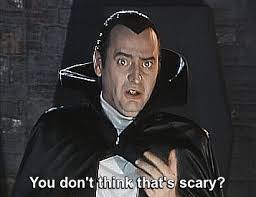 Somehow, they all managed to survive the evening despite the lack of good guys with guns to protect them. And, honestly, I don't even think they seemed scared, even though, as we all know, a gun-free zone is basically just an invitation to any would-be mass-murderer to come and find easy targets.

But they courageously threw caution to the wind and with heroic disregard for their own safety would not let anyone bring guns in to the place they were going to be.

Oh, you know where else you can't bring a loaded gun?
NRA conventions.

So, yeah. In case anyone was still wondering, the answer is yes. Yes, they do know exactly how full of shit they are about guns. They know and they don't care. They don't want their followers being armed anywhere in the vicinity of where they are, but they have no problem with the rest of us having to hope their isn't an angry inbred with a small penis toting a goddamm machine gun when we walk into Target.