This is the Dumbest Beck Conspiracy Theory Yet.

I guess Beck is starting to run out of Soros-related material.

Putting aside the fact that the "Tower of Babel" probably never existed, putting aside the fact that if it did exist, there is certainly no record of what it might have looked like, what would be the point of replicating the Tower of Babel? How would this benefit the nefarious villains of the EU? If you're going to posit a wild conspiracy theory, you at least have to put in a little effort into coming up with a goal for the conspirators. How would building a replica of the Biblical tower of Babel help them take over the world or amass large sums of money, or whatever their ends are? Geezus, Beck, you're not even trying anymore!

On a side note, the Tower of Babel story is one of the stranger stories to make it into the Canon. A bunch of people start building a tower. I don't really know what the point was of building a tower, what purpose a huge tower would have served a primitive nomadic hunter-gatherer society, but for whatever reason they start building.

Now somehow God, the all-knowing, all-seeing deity, doesn't really know what they are up to, so he has to come down from his cloud to have a look-see.


Gen. 11:5 - But the Lord came down to see the city and the tower that the men were building.
And when he sees what they are building, he apparently feels a little intimidated.

Gen. 11:6 - The Lord said, “If as one people speaking the same language they have begun to do this, then nothing they plan to do will be impossible for them. 7. Come, let us go down and confuse their language so they will not understand each other.”

Of course, if he really wanted to put a stop to all this tower-building activity, I could think of a simpler solution:

That'd be the last tower those punks ever built!
Posted by Professor Chaos at 7:31 PM 3 comments:

Where the Hell is My Government-Run Healthcare Which I totally Oppose?!?!

A conservative Maryland physician elected to Congress on an anti-Obamacare platform surprised fellow freshmen at a Monday orientation session by demanding to know why his government-subsidized health care plan takes a month to kick in.

Really? Aren't you the guy whose website says this:

the answer to the ever-rising cost of insurance is not the expansion of government-run or government-mandated insurance but, instead, common-sense market based solutions
And isn't this you also? 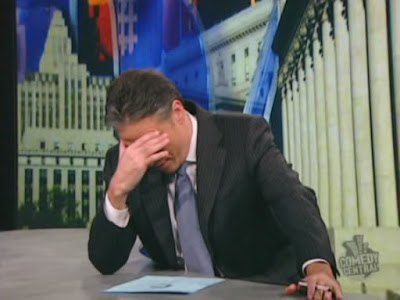 “He stood up and asked the two ladies who were answering questions why it had to take so long, what he would do without 28 days of health care,” said a congressional staffer who saw the exchange.


What indeed? Whatever will you do for health insurance for those 28 days? I would think you would be grateful that at least for those 28 days, you would be free from the oppressive tyranny of government-run socialist death-panel healthcare.
How awful it must be for you! I can't think of anyone else who has ever faced such a daunting. . . oh, wait. I can think of about 51 million people who could empathize.
Number of uninsured Americans rises to 50.7 million
By Richard Wolf, USA TODAY
But don't worry, if you work hard at it, you can have that damn government healthcare bill repealed by the time your government healthcare kicks in.
Asshole!
Posted by Professor Chaos at 7:07 PM No comments: