Glenn Beck Finally Does Some Good

Glenn Beck Encourages His Listeners Not to Get Swine Flu Vaccinations

So, if this works out, there's a chance that there will be fewer Glenn Beck listeners. And the world will be a slightly saner place.
Posted by Professor Chaos at 7:07 PM 1 comment:

Today in the Atlanta Journal constitution I see this:

One of President Barack Obama's health care "horror stories" is about a woman who, he says, lost her health insurance on the verge of breast cancer surgery because she didn't disclose a case of acne to the insurer. That's not what happened. . . .

. . . Beaton did not lose her insurance because she failed to own up to a skin problem in her past. She lost it because, when enrolling in the plan, she had not reported a previous heart condition and did not list her weight accurately.

So where the hell was the "fact check" the last eight years? " Sadam has weapons of mass destruction," nope no need to verify that!

"We do not torture" hmm, that sounds probably true.

But NOW? Hey, the president might have one part of this story incorrect! God Damn it, get me a fact checker! If the President thinks he can just go around citing the wrong pre-existing condition, well he sure didn't count on the ever-vigilant press! 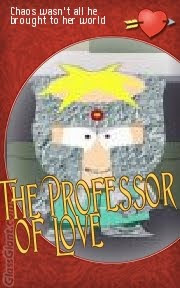 Apparently, Saeah Palin's ghostwriter finished up early, so Sarah's book should be on shelves any day now! 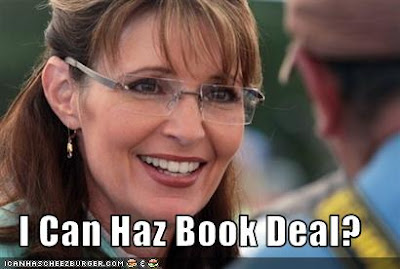 The title of the book is "Going Rogue: An American Life."

I could think of a few more appropriate titles. 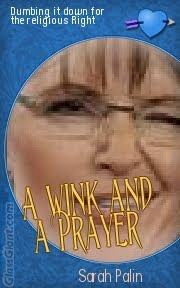 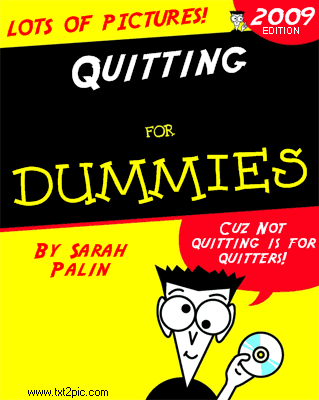 Ok, the fake covers are more of a pain to make than they're worth. Here are the other titles I thought of.

Speakin' in Tongues:
My life as a vapid Holy-Roller.

Let's Go! Back to the Nineteenth Century.

Going Rouge:
Looking like a Naughty Librarian
for Fun and Profit.

The Unbearable Rightness of Fleeing.

Pallin' Around With the Extreme Right.

How to succeed in Politics Without Really Trying.

A Heartbreaking Work of Staggering Ignorance.

Zen and the Art of Shooting Things From a Helicopter.

A Room With A view. Of Russia!

The Lyin' The Witch and the Wardrobe which I totally didn't even keep.

A witness tapes video footage of the devastating surges that flattened villages in Samoa. 'Very unreal'

Ok, if you're leading with the Tsunami, you might want to pick a word other than "disaster" to describe happenings in college football.

You could have used:

Or the ever popular Clusterhump.
Posted by Professor Chaos at 3:39 PM No comments: