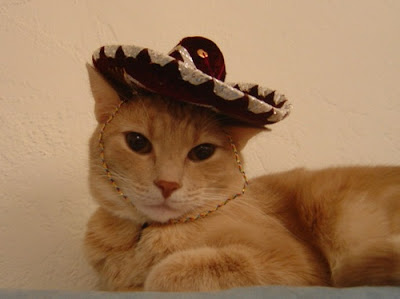 This will be my last post for about a week, as the Chaos Compound will be relocating to Mexico until next Sunday. (laying low until the heat dies down) 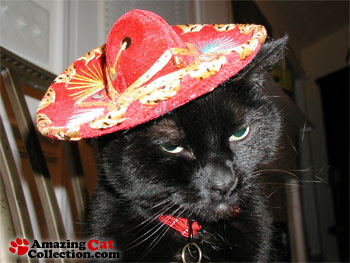 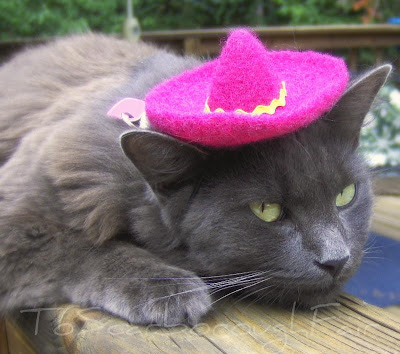 Maybe the Dumbest Argument Ever

I thought that the Thomas Sowell column of a couple days ago might have contained the dumbest argument ever when he posited the claim that if healthcare were made affordable, people would go to the doctor at the drop of a hat:

Back when the "single payer" was the patient, people were more selective in what they spent their own money on. You went to a doctor when you had a broken leg but not necessarily every time you had the sniffles or a skin rash. But, when someone else is paying, that is when medical care gets over-used. . . Both waiting lines and waiting lists grow longer when people with sniffles and minor skin rashes take up the time of doctors, while people with cancer are waiting.

Because, sure, once people have decent insurance, they will just take every opportunity to take time off of work, drive to the doctor's office, fill out paperwork, sit for 45 minutes reading year-old Golf Digests, then wait another 30 minutes half-naked in an examining room to be poked and prodded by nurses and technicians before the doctor finally comes in an tells you take Tylenol and get plenty of rest. People just LOVE going to the doctor. I know I can't wait to turn my head and cough!

But, no. This, I think is even dumber.
From the New York Daily News.com:

Can the Smoker in Chief really lead America in health care reform?

With President Obama making his final push for health care reform, I ask you to consider the following "If, Then" theorem: If our health is the President's business, then the President's health should be our business.

Okay, couple things. First, the President is not claiming that our health is his business. He's just trying to find a way to make it possible for more people to be able to see adoctor when they need one. (so far, not doing a great job, but. . .)

(I don't know why everything is getting underlined, and I don't know how to make it stop)

The recent revelation that Obama still sneaks a cigarette now and then, contributing to an industry that costs us more than $167 billion a year in lost productivity and health care, and gambling with a substance that kills more Americans every year than anything else, means that the issue deserves a healthy debate (pun intended).

Yeah, sure. The president's personal habits are so super totally relevant to the debate over healthcare. And I can tell that the pun was intended because of your earlier attempt at humor, which I was just going to ignore, but, now...

Alas, I chose to commune with the Teenage Mutant Ninja Turtles of the art history department instead - Leonardo, Michelangelo, Donatello and Raphael.

There's an outside chance that that joke might have come off as slightly clever if it wasn't common knowledge that the turle characters were named after Rennaissance artists.
But even then, it's pretty weak.

So let's consider the following arguments:

* The President's push for health care is disingenuous.

In June 2009, he called the sweeping tobacco legislation that he passed "a victory for health care reform" and "a step that will save lives and dollars." Whether Obama's main interest in passing health care reform in America is to save lives or save dollars - and it has been both over the past year - one could argue that a President who smokes isn't really doing much of either.

Really? Let's say that he actually outlawed tobacco. But he kept his own private stash of cigarettes for extra-stressful days. Now Joe Smoker can't get cigarettes and has to quit, so he ends up avoiding lung cancer. And so do a bunch of other Joe and Jane smokers. Would the president's occasional smoke break diminish that? Would you really say, lung cancer is down 90% in the US, but since the president still has a puff now and then, it doesn't count? Well, you probably would, but would a sane person?

* But the President has rights, too, and smoking isn't illegal.

Libertarians and some conservatives will argue that the President should be able to do what he wants in private, as long as he doesn't break any laws. Whether he refuses to buckle up in the back of his limo, throws back his body weight in bourbon every night or wolfs down three Big Macs a day, how he treats his body is arguably his business.

Arguably? Would you really have to be a crazy libertarian to think that the president can eat whatever he fucking wants? He's an adult for God's sake. What he puts in his body is no one's business but his.

* Well, sure. But his body isn't just any body.

Even far-right Republicans like me are still patriots, and want the President to live a long, healthy life, especially while serving our country. His continued health, therefore, is important, and maintaining it should be one of Obama's priorities. In fact, he owes it to us to take care of himself. He isn't a private citizen anymore.

Oh, my God, your concern is so touching. Yeah, let's pretend that far-right Republicans haven't been upfront about praying for Obama to die. (really) (no, really) (seriously) Even if you're not one of those extreme assholes, do you really expect anyone to believe that you give a flying ratfuck about Obama's health?

"The time for talk is over," as he said, all jacketless and fiery, at a speech this week. He wants an up-or-down vote on the Democrats' bill, which promises to change your life, whether you like it or not. From potential violations of privacy to ethical concerns over abortion funding and constitutional questions about penalizing Americans who don't buy insurance, the President is inviting the government into your private life in unprecedented ways. So maybe we should invite ourselves into his.


Change your life!!! By maybe making it somewhat easier to afford medical insurance? Oh, the heavy yoke of tyranny! And what potential violations of privacy are you talking about? Can you back up that claim at all? Give one example? No? Anything? Yeah, I didn't think so. But even if you could, what the fuck would that have to do with the President smoking?

The debate doesn't bring much in the way of closure. I for one see compelling threads of truth in every point. The only thing I know for sure is that we need health care reform, but this isn't the answer.


So this whole column was just to fill up space until you got the requisite number of words and then end with the current agreed-upon talking point for anti-healthcare folks wasn't it? You people have given up on the whole "we have the best system in the world, don't change a thing" theme, right? And now you're all conceding that, "well, we do need some sort of change, but not this particular one, because, um, Look Out! Nazis!"
Pathetic!

Posted by Professor Chaos at 6:30 PM No comments: