I'm starting to think they really believe their own b.s.

The other day, whenIi was writing about Bill Donohue, I got to thinking: Does he really believe his own b.s.? Does he really think that Western civilization and culture are being beaten down by multiculturalism, or that anyone who makes a Christian-friendly movie gets "run out of Hollywood"?

And of course, he's not the only one who seems determined to play the victim at every turn. Check out today's helping of bullshit from Charles Krauthammer.

The White House has declared war on Fox News. White House communications director Anita Dunn said that Fox is "opinion journalism masquerading as news." Patting rival networks on the head for their authenticity (read: docility), senior adviser David Axelrod declared Fox "not really a news station." And Chief of Staff Emanuel told (warned?) the other networks not to "be led [by] and following Fox."

The signal to corporations is equally clear: . . . Think twice before you run an ad on Fox.

. . . the current White House goes beyond that. It wants to delegitimize any significant dissent.

Fox News is no monopoly. It is a singular minority in a sea of liberal media. ABC, NBC, CBS, PBS, NPR, CNN, MSNBC vs. Fox. The lineup is so unbalanced as to be comical -- and that doesn't even include the other commanding heights of the culture that are firmly, flagrantly liberal: Hollywood, the foundations, the universities, the elite newspapers.
So, maybe Charles Krauthammer actually believes that making an unflattering (though demonstrably correct) remark about FOX News is tantamount to declaring war.

And maybe he does really believe that ABC, NBC, CBS, etc. are lefty equivalents of FOX.

You know, I could maybe give him MSNBC if we ignore the fact that they give Republican Congressional alumnus and Gingrich revolutionary Joe Scarborough his own show. And ignore the fact that they trot out Pat Buchannan every couple of days as if he had anything legitimate to say. But even if we pretend that MSNBC is the liberal FOX, no rational person could think that ABC, CBS, NBC, etc. are doing anything other than doing a second-rate job of reporting the news. So I had been assuming that people like Krauthammer were just being disingenuous. But maybe they aren't. maybe they really do think of themselves as victims.

Maybe this is why, when the cashier at Wal-Mart says "happy holidays," thus acknowledging that some people celebrate Channukah or Kwanza, or nothing, they see this as a "War on Christmas!" Maybe they really do feel this way, as if Christmas is under attack from some unseen malevolent force. 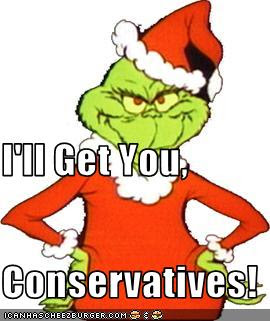 So maybe Bill Donohue really looks at multiculturalism as a threat to Western Civilization. Maybe in his mind, if the Dead White Men canon is not taught as the indisputable pinnacle of achievement, it's the same thing as saying Shakespeare Sucks! To a normal person, it sounds like "Shakespeare was a great writer, but so were James Baldwin and SEI SHŌNAGON. But to the Donohoes of the world, it's one or the other. If Omar Khayyamm was a great poet, then somehow that diminishes Keats and Whitman.

It's like you say to a Philadelphia fan, "hey, the Phillies are a great team, but the Yankees are looking pretty good, too" and the guy from Philadelphia shouts "Why are you always running down the Phillies?" 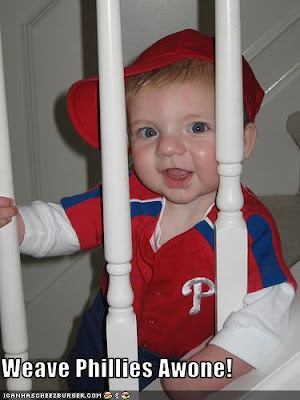 So maybe this is why these folks always seem to think that everyone's against them, everyone's out to get them!
Look, Krauthammer even thinks "the foundations" are biased against the right.

Maybe that's why there's no reasoning with people like that.
Posted by Professor Chaos at 4:51 PM No comments:

T. Boone Pickens is a Dick

WASHINGTON - Oil tycoon T. Boone Pickens told Congress on Wednesday that U.S. energy companies are "entitled" to some of Iraq's crude because of the large number of American troops that lost their lives fighting in the country and the U.S. taxpayer money spent in Iraq.
"They're opening them (oil fields) up to other companies all over the world ... We're entitled to it," Pickens said of Iraq's oil. "Heck, we even lost 5,000 of our people, 65,000 injured and a trillion, five hundred billion dollars."
Of course, by that logic, if someone were to invade the Pickens estate and shoot T. Boone Pickens, he would be entitled to inherit at least some of the Pickens fortune. 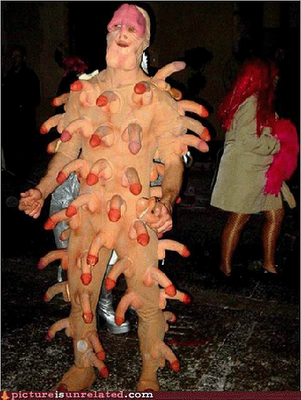 This guy is less dickish than you.
Posted by Professor Chaos at 4:18 PM No comments:

All About My Work

Kim Kardshian and Reggie Bush are back together!

Why should you care?

But it gives me an excuse to post this , wherein Kim explains the source of their past relationship problems:

Kim and boyfriend Reggie Bush, split in July but are now back together and working on their issues. "Before, I was strictly all about my work," Kim admits.

Someone please explain to Kim what work is.

Being followed around by cameras is not work. 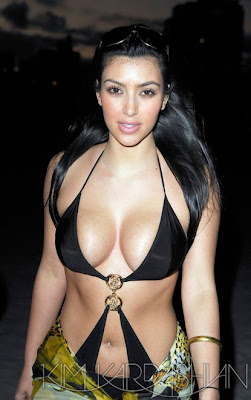 Actually being a streetwalker would probably qualify as work, in that you are doing something unpleasant for money, but you actually have less dignity than a streetwalker.

Streetwalkers do what they do out of desperation. You made yourself in to a whore out of what? Boredom? An insatiable lust for unwarranted fame? A burning desire to be well-known without having accomplished a fucking thing? 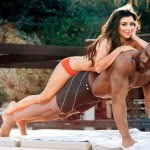 What you're doing here is not work. You are expending no effort. You're only making Reggie's work more difficult.


So Kim, I think it's safe to just go ahead and stop concentrating on your "work" now.
Posted by Professor Chaos at 3:28 PM 1 comment: