The Weirdest Thing I Saw Today.


One of the anti #LGBTQ folks gathering in front of the U.S. Supreme Court for a press conference calling for the Court to overturn its marriage equality decision pic.twitter.com/sA8ttWue3U
— Peter Montgomery (@petemont) June 26, 2019

And, holy Hell, where to begin?
First of all, that's not how the Supreme Court works.
Or it isn't how it's supposed to work, anyway.
The Supreme Court isn't supposed to respond to public pressure the way that elected officials are supposed to. They aren't supposed to look at a law and say "Hmm, this law clearly violates the equal protection clause of the Constitution, but on the other hand, some people really like it, so. . . "
Also, the Supreme Court can't just decide to reverse a prior decision. Someone has to bring a case before them. Someone would have to have standing. And no one is ever going to have standing to bring a case against Obergfell because how could anyone claim to have been harmed by that decision? (And having your little feelings hurt doesn't count.)


But then I saw the web address on his shirt. WWW -dot-ThirdGender666-dot-com. And my curiosity got the better of me.

So I went there.

Welcome to the house of weird!

First of all, there's the "In the News" section which contains precisely Two entries:

Ah, yes. I remember how in 1969 everyone was reading this particular potboiler and how it opened up the minds of America to. . .how many people actually read this book?
Also, what secret society? I've never heard of any secret societ. . . oh, right. Cuz it's a secret. Duh!
Anyway, I did a bit of online research about the genre and there were several more influential lesbian pulp novels published prior to The Third Sex, notably 1952's Spring Fire, 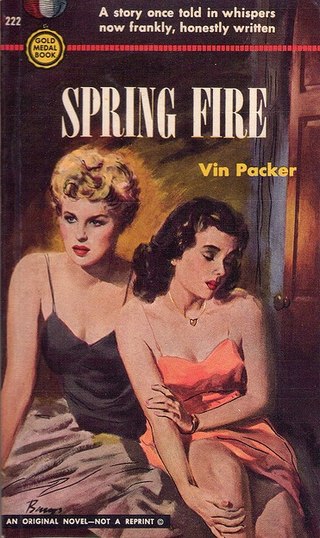 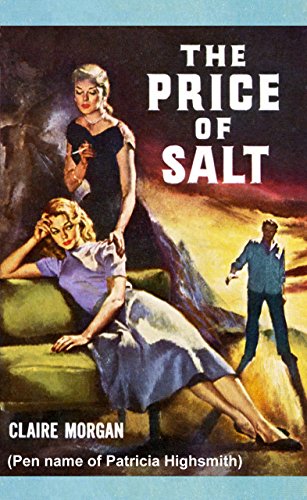 So why place so mush import on this one particular pulp novel?

What are they, chopped liver?

Probably because whatever weirdo writes this website seems kind of obsessed with the term "third gender" (hence the site's name.)

To say "I was born the Third Gender" is to curse the name of the Lord, meaning evil speaking or slander attributing some evil to God. But God is holy and can do no evil. The concept of a Third Gender is an attempt to demean the plan, throne, sovereignty, and supreme power of the Creator. To dehumanize yourself and deprive yourself of human qualities, personality or spirit is inhuman and inhumane.

Wow, that's quite a leap! I don't know how one gets from "I was born 3rd gender" to "I curse thee, Jehovah, I curse thy holy name!" Also, I don't think, and correct me if I'm wrong, but I don't think most LGBT people refer to themselves as being "Third gender." Am I wrong, LGBT readers? The gay men I know refer to themselves as men. The lesbians I know refer to themselves as women. Also, I don't really get how it demeans the power of the creator to imply that he is capable of creating more than two genders. I mean, I make a pretty good chicken cacciatore and a decent pork lo mein, but if someone said "you also make chicken parm," I don't think I would feel demeaned by that. But, maybe that's why he's God and I'm not.

Then there is a section entitled "FACTS."

Let's keep it simple. God is the Alpha and Omega, the beginning and the end, the first and the last.


Okay. I mean there are certainly a lot of people who would dispute that - Buddhists, Hindus, Jains, atheists, agnostics, Unitarians, Scientologists. . . but that is a statement that would be assumed to be a solid fact by most Christians who, I assume, are the intended audience. So nothing too crazy yet.

Consider the Tree of life: oxygen, water, and food. Oxygen is a colorless, tasteless, odorless gas in the atmosphere that comes from plant life. The odorless gas mixes with the clouds to produce rain water.

Yeahhhhh, that is NOT how rain works.
At all.
I mean, you got the "clouds are involved" part, but other than that. . .

The rain comes down from the sky to insert life into mother earth, from God the Father. This God created process reveals the nature of how God designs and implements extremely complex methods that accomplish His intentions. He performs the impossible, then steps back for creation to enjoy. God's handiwork, his fingerprint, is recognizable and can be seen over and over. The Tree of life is a reproductive process, a spiritual sex, if you will, which yields the fruit of the earth. It's the seed from our spiritual Father.

Oh dear GOD! Are you saying that rain is. . . EWWWWWW!!!!
I mean, that seems like blasphemy to me. And also Ewwwwww!!!!
I will never look at rain the same way again.

Human sex from the womb is called holy by the Lord

No. That is not where sex happens. It happens a bit South of the "womb." (Or sometimes South and around the corner, but that's none of my business.)

Also, when did God call sex "holy?" I went through 12 years of Lutheran schooling, I've read most of the Bible, and I don't remember anything positive in there about sex. You really need to cite a particular chapter and verse if you're going to make a claim like that!

A man inserts his penis into his wife's vagina, the genital canal, and a baby is born.


I think there's a few steps in between. That's why the process generally takes several months.
Also, the term is "birth canal." Not "genital canal."


In the cycle of life, the man becomes the father, the wife becomes the mother and the cycle continues. The reproductive system to create a living being's sexual genitalia is clearly produced in the fruit of the womb. The baby is a boy or a girl.


A: that's gibberish.
B: you do know about hermaphroditism, right? (Is that a real word?) Somethimes babies are born with both male and female parts or sometimes with what is referred to as "ambiguous genitalia." Which is sort of a what you might call a "thied gender" sort of situation.


Why did God give them brimstone and fire in Sodom and Gomorrah? Because he knew that lesbian, gay, bisexual and transgender sinners would degenerate God's original intent for sex.

Okay, now that is just patently false. There is no ambiguity on this point. It is stated quite clearly what the "sin of Sodom" was:


Ezekiel 16:49-50 New International Version (NIV)49 “‘Now this was the sin of your sister Sodom: She and her daughters were arrogant, overfed and unconcerned; they did not help the poor and needy. 50 They were haughty and did detestable things before me. Therefore I did away with them as you have seen.

Eh, I bet it was probably the gays!

Defend the planet or destroy the planet. Let's start with protecting defenseless children from satan.

Honestly, I think we should concentrate on protecting defenseless children from I.C.E.

Let's start with protecting defenseless children from satan. Adam Adam, Eve and Eve. The power of love is to tell the truth. The power of hate is to stop the truth. Let us get high on love, not getting high on hate.


So. . . is it Adam and Adam, then? I thought it was supposed to be Adam and Steve?  Or is it Eve and Eve? So many possibilities!

In conclusion, this question is posed, which you can answer by clicking on the provided link:


Write me so we can talk about it.

Go ahead. I'm sure he'd love to know your thoughts on the subject.