This is truly disgusting:


The "Stockman" referred to in the above headline is Congessman Steve Stockman (R-Eprehensible)
And the headline is from Congressman Stockman's own website, because obviously this is something of which he's proud.

Oh, and in case you missed it, the rodeo clown is the asshole who put on a Barack Obama mask and asked a cheering crowd if they'd like to see Obama trampled by a bull.

You've got to be pretty confident that your audience is mostly assholes to pull this shit!


Liberals want to bronco bust dissent, create a state of fear
First of all, "bronco bust dissent?" Jeezus, don't try to be clever. that's really just sad. That's worse than the ads you hear during ball games where they say things like "you'll hit a home run every time with Johnson Brand detergent!" or "It's a slam-dunk that you'll get a good deal at Fuckington Chevrolet!"
But mostly, how are liberals "busting dissent" or "creating a state of fear?" You can't just drop those rhetorical bombs without some sort of examples to back them up.
WASHINGTON -- Congressman Steve Stockman Wednesday invited the rodeo clowns who performed at the Missouri State Fair, and were banned or ordered into “sensitivity training” when one clown mocked President Barack Obama, to perform at a rodeo in Texas’ 36th District.
Okay, see, it was the Missouri State Fair that fired the clown for his offensive antics, not some cabal of liberals. And I don't think anyone was ordered into sensitivity training. And the assclown wasn't "mocking" the President, he was providing a bunch of mouth-breathing Missouri rednecks the fantasy of the President being seriously injured or killed for their amusement. That's a little different.
And, honestly, no one really cares if some ignorant racist rodeo clown did something horrible because what would you expect, but for an actual US Congressman to put his stamp of approval on the awfulness? That is really beyond the pale.
“Liberals want to bronco bust dissent. But Texans value speech, even if its speech they don’t agree with,” said Stockman, “From Molly Ivins to Louie Gohmert and every opinion between Texans value free and open political speech.
Did you seriously just mention the late great Molly Ivins in the same sentence with half-witted buffoon Louie Gohmert? Oh, fuck, now I just did it, too! You bastard!
And you're really going to claim that Texans value free and open political speech? I think maybe you might want to ask Natalie Maines about that. Because I don't really seem to remember a whole lot of Texans embracing her after she shared a few words of free and open political speech. 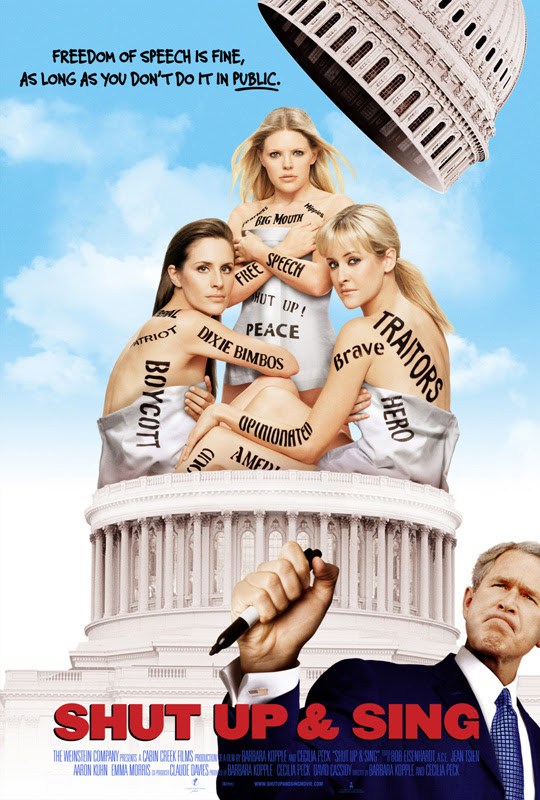 “Disagreeing with speech is one thing. Banning it and ordering citizens into reeducation classes for mocking a liberal leader is another,” said Stockman. “Liberals have targeted this man for personal destruction to create a climate of fear.”
Jeezus Christ, what the fuck is it with you people? No one has banned this man's free speech. He is absolutely free to dress up in his Obama mask and say whatever he wants, he is just no longer employed by the Missouri State Fair because they found his act to be an embarrassment to them and to the State of Missouri. Your First Amendment right to free speech does not entitle you to keep your job after you've embarrassed your employer.
And please, give me one example, just one, of a liberal who has targeted this man for personal destruction. Name me one liberal who has done this and I will personally go have a talk with this bad liberal and set him straight. Go ahead, name one. . . I've got all day. . .
“The liberal reaction is straight out of Alinsky.
Okay, just stop it with the Alinsky. You don't know anything about Saul Alinsky. Hell, I don't know hardly anything about Saul Alinsky. But every time one of you right-wing wackadoos refers to something as being "straight out of Alinsky" it just shows that you're regurgitating talking points you got from Glenn Beck.
“The liberal reaction is straight out of Alinsky.  They want to crush dissent by isolating and polarizing anyone who questions Obama, even if it’s a rodeo clown with a harmless gag,” said Stockman. “The idea to create a state of fear and make people afraid to trivialize Obama.
No. People should absolutely make fun of Barack Obama. Whoever the president is, even if the next President is the reincarnation of George Fuckin Washington, people should make fun of him. It's important for a Democracy. What people shouldn't do is openly hope for him to be injured and/or killed. Not just because he's the President of the United Goddamm States of America, but because he's a human being. And nobody deserves the level of contempt and scorn that you fuckers heap on this man at every opportunity. Hell, one of you assholes invited a man who threatened Obama's life to be a guest at the State of the Union.

It's wrong. It's unseemly, it's undignified. It's not so bad when it's a rodeo clown at some fair in Missouri, but for sitting Congressmen to sink to this level, well that's really beyond the pale.
Posted by Professor Chaos at 9:19 PM 1 comment: