Flat-Earthers' Cruise Will Sail to Antarctica 'Ice Wall' at the Planet's Edge.

Organizers of an annual conference that brings together people who believe that the Earth is flat are planning a cruise to the purported edge of the planet. They're looking for the ice wall that holds back the oceans.

Oh my God.
At first I thought "well, good. This should finally disabuse them of their ridiculous 'theories,'" but then I realized that if - IF - this cruise ever actually happens, they will probably just sail towards Antarctica until they see a glacier and sya "there it is! That's the ice wall!" 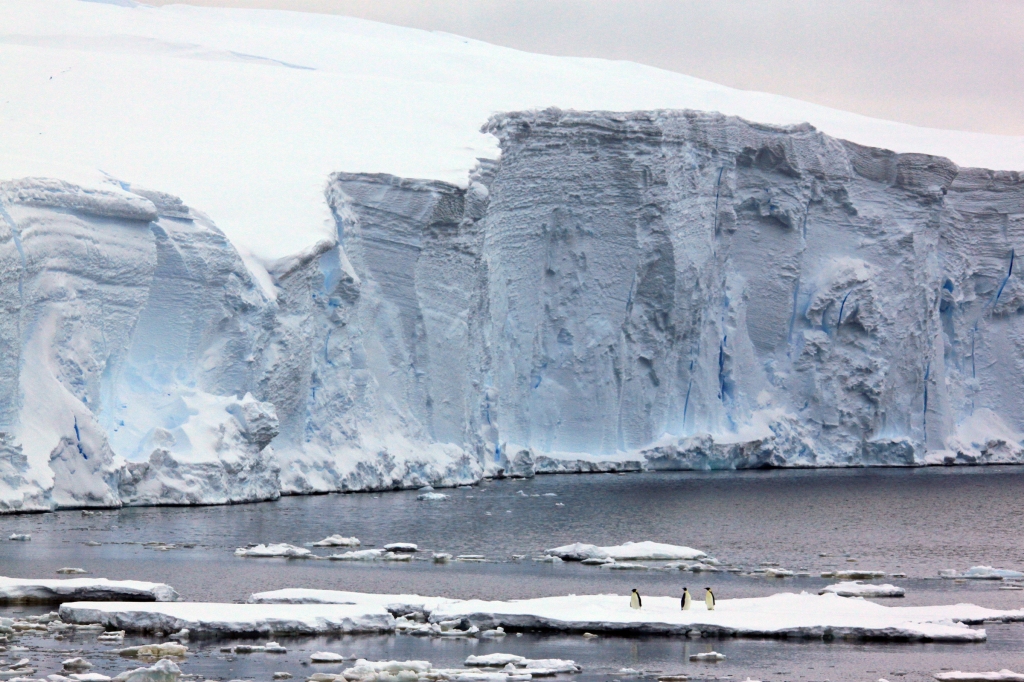 This flat-earth thing is getting close to becoming my favorite conspiracy theory.

My current favorite is the Roswell UFO thing. What I love about the Roswell conspiracy theory is that the believers actually have managed to convince themselves that the reason the Air Force is covering up the existence of alien space craft is because. . .

The Air Force is covering this up because. . .

The United States military, the group that spent 60 years telling us to be afraid - VERY AFRAID - of the Russians, the people that have spent the last 20 years telling us we need to be terrified of Muslims, that military wants to PREVENT people from panicking?!?!?! Do you have any idea how much god damn money would be thrown at the Air Force if they could demonstrate a threat from flying saucers?  If they had a crashed alien spacecraft, they would have paraded it through the streets of every city and town in the USA. They would have been on every news program on every network screaming about how much better the martian technology was and how our very survival depended on spending whatever it took to catch up.

So anyway, that's my favorite conspiracy theory because the whole reason behind it is just so hilariously dumb.

Now the flat-earth people, they don't seem to have a reason behind their conspiracy at all. I mean, it's one thing to look out at the landscape and say "it looks flat to me." And it's one thing to say that the ancient Greek mathematician who figured out that the Earth is a sphere must have gotten it wrong, but there are photos of the Earth from space showing it to be quite spherical. So in order for their theory to have any leg to stand on, those photos have to be fake. Which means that NASA would have to be engaged in a massive hoax/coverup. But why? Why the hell would NASA care about deceiving people about the shape of the planet?

I watched part of a documentary about these people on Netflix and they all believe this. They all believe that NASA is involved in perpetuating this enormous lie. But, having watched probably half of this movie, I couldn't begin to tell you what they think NASA's motivation is.

Oh, and also there's a dome. Depending on who you ask.

One of the flat-earth people pointed out that "NASA" sounds sort of vaguely like the word in some ancient language for "deception," so . . .you know. . . . that's pretty much scientific evidence right there.


Anyway, bon voyage and don't hurry back to all the flat-earth geniuses heading for Antarctica. You're all part of the enstupiding of America and you can all get bent.

Special counsel Robert Mueller found that no one in the Trump campaign conspired with the Russian government in 2016 -- but Democrats are not ready to accept that finding https://t.co/ywnmPFjZ8X
— CNN (@CNN) March 25, 2019


CNN has not seen the Mueller report. No one has. Except William Barr and it's doubtful he's been able to read it yet, as it's likely about as long as the Ayn Rand box set. The one thing that we do know is that it does NOT exonerate him. And yet, there's CNN jumping in to repeat any Republican spinmeister's talking points as if they were gospel truth. Because, you know, "liberal media."

You want to know who did a better job than CNN covering the Mueller report? You may want to sit down for this. . .FOX!


Mueller did not exonerate Trump – Barr acted as judge and jury. Now Congress needs to do its job

Speaking of decisions, if Barr is to be believed – and that’s a big if – then Mueller wrote a report that didn’t make one decision regarding any crimes he examined. Is this possible? It is hard to believe and highly unusual, if true.


Oh my God, this woman is going to get fired. God bless her!


Speaking of decisions, if Barr is to be believed – and that’s a big if – then Mueller wrote a report that didn’t make one decision regarding any crimes he examined. Is this possible? It is hard to believe and highly unusual, if true.

Wow! I mean, I would expect this from. . . I don't know, probably not anyone these days. . the Nation maybe? But she is writing for FOX GODDAMM NEWS! This is astonishing! Seriously, read the whole thing (link) it's amazing.

You know who else could take a lesson from -- god, this feels so weird -- FOX?


Ugh! What has become of you, Grey Lady?

And the less said about Vox, the better:

“The findings of the Department of Justice are a total and complete exoneration of the President of the United States.”

I mean, what is the point of that headline? You're just repeating a lie from an habitual liar with every incentive to lie and making that your headline? Do you think that beginning with "Trump:" makes it okay? I mean, technically, you're not saying that Trump was exonerated, you're saying that Trump said Trump was exonerated, but  it might as well just be a press release and you might as well be his publicists. If you're going to use Trump's words for your headline, you need to say something like "TRUMP CLAIMS TO BE EXONERATED, THERE IS NO EVIDENCE TO SUPPORT HIS CLAIM." Or "TRUMP SAYS THINGS ABOUT MUELLER REPORT, THOSE THINGS ARE PROBABLY NOT TRUE AND TRUMP IS A COMPULSIVE LIAR WHO SHOULD NEVER BE BELIEVED WITHOUT CORROBORATING EVIDENCE."


Why would anyone, other than complete hacks like Sarah Huckabee Sanders, ever report on what Trump says about what Barr says about a report that Trump has never seen and Barr has not read as if it had any credibility? No journalist should ever take any statement from anyone in Washingtonm at face value. That goes double when the statement comes from a Republian, since they have proven over the last several decades to be less than honest brokers who can never be given the benefit of the doubt. And that goes double again when the statement comes from anyone in the Trump administration, as everyone in Trump's orbit has shown themselves repeatedly to be shameless craven bald-faced liars. Pretending otherwise is just making America stupider.