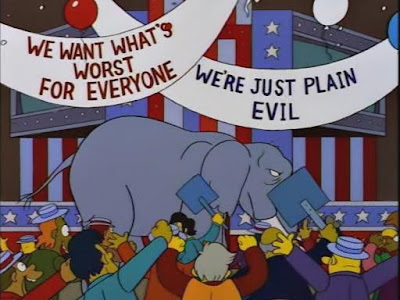 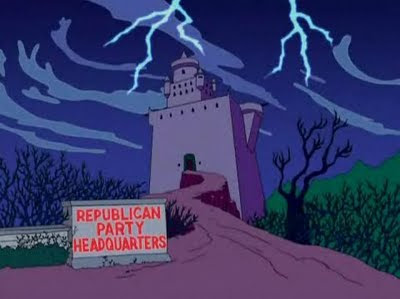 Is FOX Even Trying Anymore?

Because this is pathetic!

I don't know what is worse, that FOX thinks two little girls with a lemonade stand is somehow proving some sort of point, or that the little girls' parents are willing to trot them out on TV as right-wing stooges, repeating bs talking points that they don't really even  understand. Or maybe the fact that their parents apparently think that it's just adorable for their little daughters to refer to them as "investors" and claim that their lemonade recipe is "proprietary." Yeah, that's the worst part. Oh, look honey. Our little darlings are already talking like little business school douchebags. Isn't that sweet?

If by "sweet" you mean "sad and creepy," then yeah. Totally sweet!

And I swear to God, no one has ever been worse at any job than Brian Kilmeade is at his.

Kilmeade began his segment with the Sutton sisters by playing a clip of Obama saying that business owners "didn't build" their businesses. . .
"These two girls beg to differ," the Fox News host claimed. "They built their lemonade business, not only without government help, but without any help. . . Who helped you start this business?"


You can't say that they didn't have any help and then ask who helped? You just can't be that ridiculous. Except on FOX I guess.

"Clara, how do you feel about the president saying that you needed help to start this business?" Kilmeade asked. "And just speak from within." [Because, yeah, a 7-year-old totally understands what that means!]
"I would say that's rude because we worked very hard to build this business -- but we did have help," Clara insisted.


So. . . . it's rude to say that you needed help, but you did have help? I know you're just repeating what your idiot parents are telling you to say, but even if a 7-year-old doesn't see the gap in logic, Kilmeade is a fucking grown man. How does he not say, "oh, now I see why we shouldn't have 7-year-olds making our political points for us" and just throw to commercial?

Four-year-old Eliza added: "My brother does things he likes to do, and he says, 'Car, car' every time. Every time he sees a car!"


You mean a car driving on a government-built road, pulling up to the government-built curb to buy some of your lemonade from the stand that your "investors" helped you build? My God, what rugged individualists!

Posted by Professor Chaos at 7:31 PM No comments: