A Worse Ad. Much, Much Worse.


I know, I know, the Kavanaugh debacle is kind of yesterday's news, but I just saw this ad on Twitter.


Catholic moms created an ad in support of Kavanaugh in tribute to their sons who they fear can be attacked one day by lying women claiming sexual harrassment...
"if it could happen to him..." pic.twitter.com/dx5Gge16OV
— ᴿealfarmacist (@real_farmacist) October 7, 2018

It is just astounding to me that there are actual living, breathing women who could have watched Dr. Blasey-Ford's and Bret Kavanaugh's testimony and think, not "that could be my daughter." or "that could be me." or "That was me," but "oh, my God, that could be my son!"


And this video - My God! First of all, you're assuming that your sons are going to grow up to be "Men of Virtue, Integrity and Courage." That's a hell of a leap. Like no son raised by a Catholic mom has ever grown up to be a crook or a coward or oh, I don't know, a date rapist. All sons grow up to be athletes, scholars, firefighters and soldiers. And, as we all know, none of those professions have ever harbored any sexual predators!

Because, you know, this is a thing that totally happens. Women go around making false accusations of rape because they love getting death threats and being called a whore on Twitter. 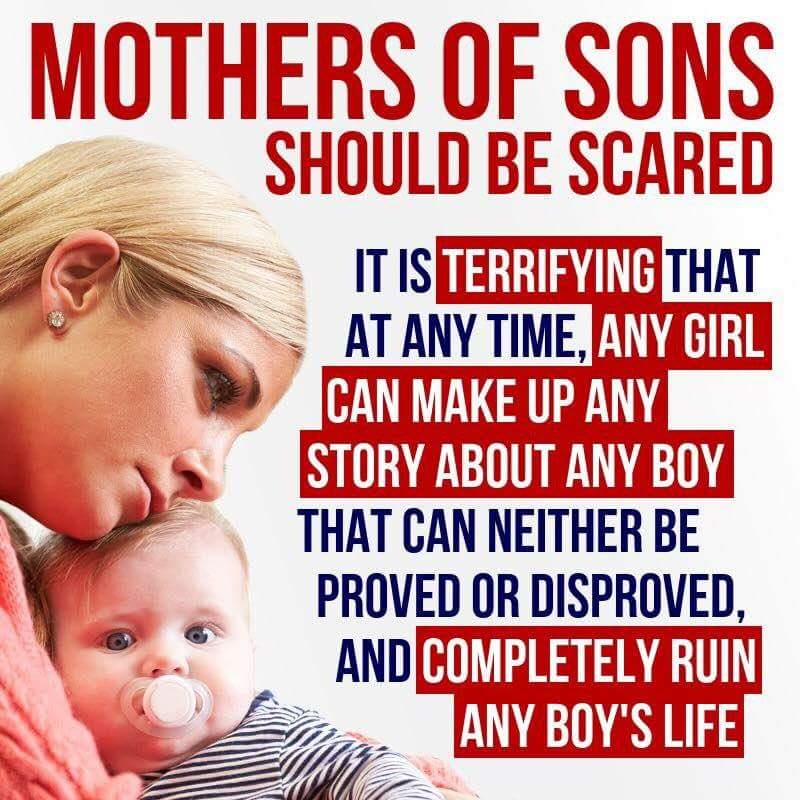 Yeah, that's way more scared than the parents of daughters who will be dating the boys you are raising to think that women are a bunch of lying psychos who want to destroy their lives for some reason. 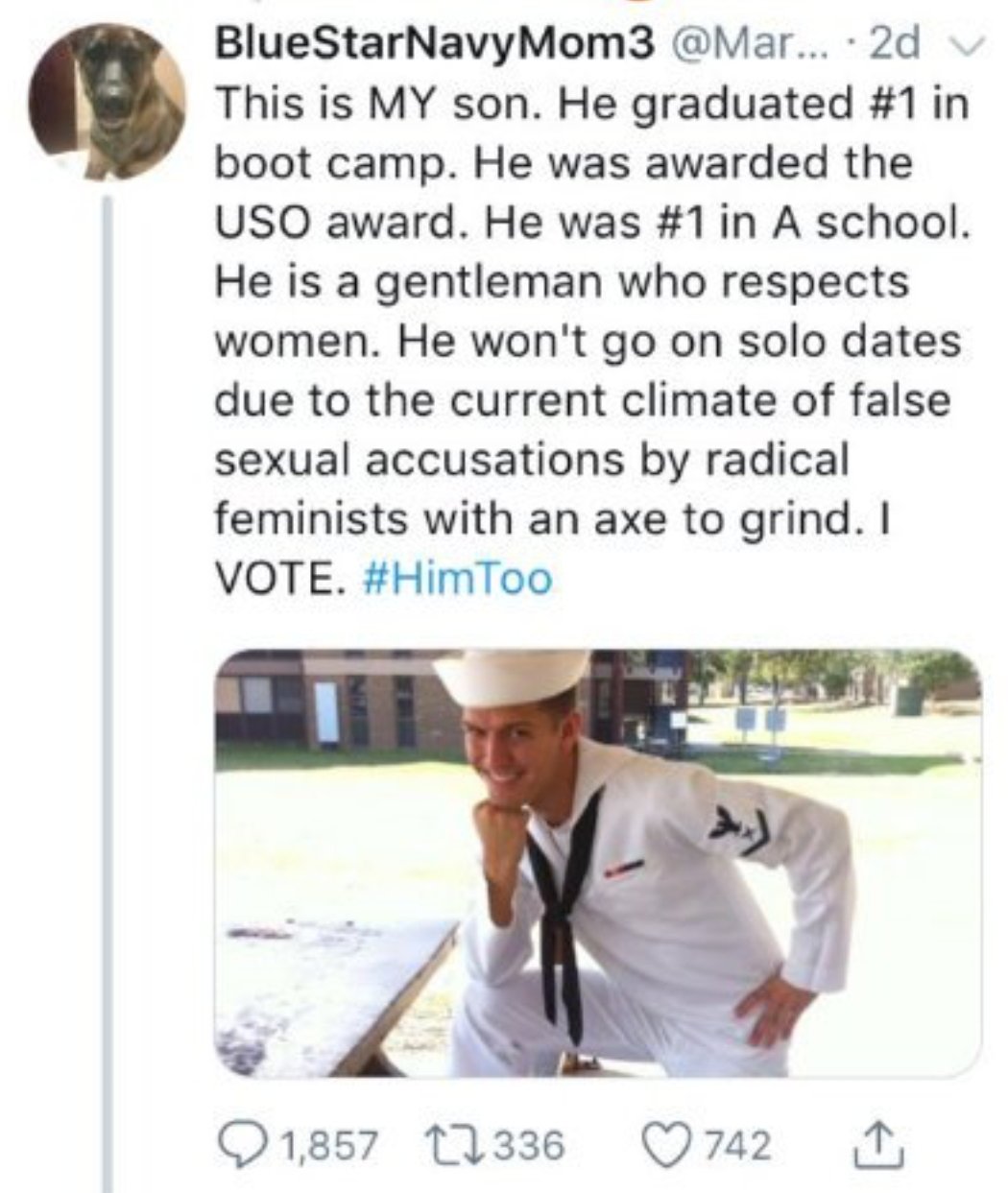 Like what is it these people think is going to happen? Like a boy is going to go on a date with a girl and then she'll say "Aha! You fell for my little trap! Now I shall go to the police with a false accusation and DESTROY YOUR LIFE!!!!  For, um . . . some reason. I guess, really, at the end of the day, I've just always wanted to destroy some random dude's life. That's just how we girls are, ya know?"

yeah. It's a really scary time for dudes right now.