Actual 100% real headline not from the Onion.

The Rev. Dan Reehil, a pastor at the St. Edward School, a pre-K through 8th grade Roman Catholic school in Nashville, explained to parents in an email why the extremely popular seven-book series by J.K. Rowling about a young wizard and his friends was taken out of the school’s collection.
"These books present magic as both good and evil, which is not true, but in fact a clever deception. . ."

Wow, you're really jumping on this one right on time! The first Harry Potter book was published in 1997. And just now, 21 years later, you're noticing that that they're about spooky witches and magick and whatnot?

And in those 21 years, have you seen any sort of an uptick in wizardry-related casualties?
Seems like 21 years is a good enough sample size to determine that these books are pretty benign.


"These books present magic as both good and evil, which is not true, but in fact a clever deception. . .


Well, I'm not sure how clever that deception is, seeing as how the "deception" here is that being a wizard and casting spells is made up? And maybe some kids might be naive enough to think that they could actually somehow find a wizard school to teach them how to do magic? And then they would be disappointed when they eventually figure out that nonr of this is real?


"These books present magic as both good and evil, which is not true, but in fact a clever deception. The curses and spells used in the books are actual curses and spells; which when read by a human being risk conjuring evil spirits into the presence of the person reading the text," 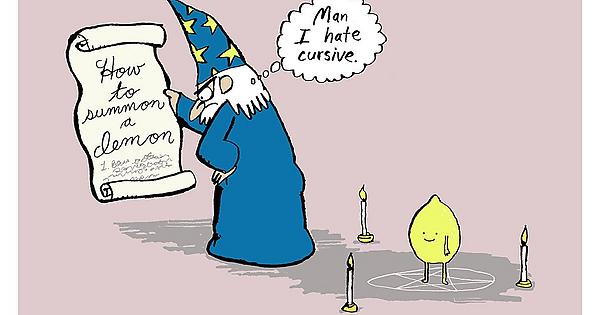 So you know how many people have read the Harry Potter books? Over half a BILLION of these books have been sold. And God knows how many people have checked them out from libraries. So, hundreds of millions of people have read these books and I promise you - I PROMISE you - none of these people have inadvertently or intentionally summoned any demons into our realm.  Zero evil spirits have been conjured up by the readers of the Harry Potter books. Zero. Which is, coincidentally, the number of evil demon spirits that actually exist.

I mean, you know J.K. Rowling just made these spells and incantations up, right? She didn't copy them from ancient scrolls she unearthed in a repository of forbidden knowledge. She made them up. Honestly, she didn't even put a lot of effort into them. She just used some high-school Latin words that approximate the description of the desired result. Like this:

The email also reportedly shared that Reehil had consulted with several exorcists who also advocated for removing the books from the school’s library.

Okay, this is a joke, right? This article is from the Onion, right?
Right?

No, this was actually reported in the Tennesseean, a part of the USA Today network, which isn't exactly LeMonde or Der Spiegel, but is a legitimate newspaper not known for playing pranks.

Why on Earth would you consult with exorcists? I didn't think the Catholic Church even did exorcisms anymore. Where would you even find exorcists with which to consult? Haiti? New Orleans? maybe some hidden pocket of Appalachia? What century is this? How long was I asleep?


Rebecca Hammel, the superintendent of schools for the Catholic Diocese of Nashville, confirmed to the Tennesseean that Reehil removed the books.
As for whether students should be allowed to read the Harry Potter series on their own time, Hammel told the Tennesseean that it’s up to each child’s parents to make that decision.


"Should parents deem that this or any other media to be appropriate we would hope that they would just guide their sons and daughters to understand the content through the lens of our faith," Hammel said. "We really don't get into censorship in such selections other than making sure that what we put in our school libraries is age-appropriate materials for our classrooms."

Age appropriate?
I'm sorry, what is the appropriate age for conjuring evil spirits?
Is that the objection? That these children are too young to be conjuring evil spirits? Like, in Catholic high schools, sure. Summon all the demons you want, you're old enough to handle them. But in elementery school it's just irresponsible to have these kids  communing with the underworld. That's just child psychology 101.

What is going on in this country?