Well, he's still writing for WorldNetDaily, that's a pretty strong indication of dildosity. But let's see what he's on about now.


Last week, I detailed seven occasions in the past few months at which President Obama omitted the words "by their Creator" from direct quotes of the Declaration of Independence

Chuck has a lot of free time, apparently.

I finished the article asking readers, "To you, is omitting 'endowed by their Creator' from direct quotes of the Declaration in several speeches a permissible benign act of the president of the United States?"

Only if you're sane!


Those words might seem justifiable to some, but it alarms me when omissions are exclusively divine and so easily exit and are excused by the U.S. supreme leader.

Yes but on the other hand turnip matchbook cul de sac. Oh, we're not just tossing together random words?


Even at Independence Hall in Philadelphia, where both the Declaration of Independence and U.S. Constitution were debated and drafted, divine omissions seem to be en vogue.
Recently, my pastor and the chaplain of my organizations, Todd DuBord, was on a tour of Independence Hall. . . When the National Park Service guide leading their group blurted out five unbelievable lies and distortions about our founders' religious beliefs and history, with school-aged children present as well in the room. 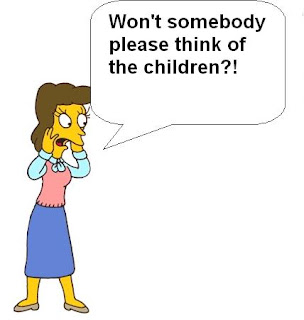 You know, I doubt very much that tour guides at Independence Hall just go around blurting out controversial statements about religion, but what the hell, I'll play along. What were these lies of which you speak?

"We have no record that George Washington ever attended church."

Okay. I'll give you that one. If the tour guide did say that, then that is, maybe not a lie, but untrue. Washington was certainly not a devout man, but  he was known to occasionally attend services.
According to VirginiaPlaces.org,

Washington gives us little in his writings to indicate his personal religious beliefs. As noted by Franklin Steiner in "The Religious Beliefs Of Our Presidents" (1936), Washington commented on sermons only twice. In his writings, he never referred to "Jesus Christ." He attended church rarely, and did not take communion - though Martha did, requiring the family carriage to return back to the church to get her later.

So, that's one point for Norris. Next "lie?"

While the NPS guide physically hunched over, mimicked and mocked one carrying and swinging an oversized Bible in his hand, he said to the crowd: "Even if I said the founders were Christians, how could we really know? Just because people carry a big ol' Bible in their hand, they can still be atheists!"

Again I very much doubt that an official National Parks Service tour guide was openly mocking Christians, but let's say he was. Is there anything he said here that isn't true? Do you really think that in the 18th Century, an atheist might not have felt compelled to pretend to be a religious person? If all of one's neighbors were say, Anglicans, might not a non-believer decide that to make his life easier he would present himself as a Christian?  So, I'm sorry, Chuck, but I can't give you the point on that one. Next?

"Most of these men owned slaves. How could good Christians do that?"

I think most of them did. Certainly Washington did. So did Jefferson. And slavery doesn't really seem to mesh well with a religion founded on things like "love your neighbor as yourself," and "do unto others as you would have them do unto you."  Sorry, Chuck. No point.

"We know that Benjamin Franklin was a deist."

Hmm, you think that's a lie? Because I can thinbk of at least one guy who would disagree with you. Oh, gosh, what was his name. . .oh, right! Ben Franklin!

. . . the Arguments of the Deists which were quoted to be refuted, appeared to me much Stronger than the Refutations. In short I soon became a thorough Deist.(from Franklin's Autobiography)

You're not doing to well here Chuckles. What else you got?

"We don't really know for sure about their religion. It's open for interpretation. You'll have to do your own study on that."

That's it? That's your whole list of Lies and Distortions?" You've got one thing in there, one thing that isn't true. And it's really more of an exaggeration than a lie. But that's enough to get you in a lather of righteous outrage?

﻿
The legendary Bud E. Luv is often referred to as the world's greatest entertainer, mainly by himself.
And on stage, he lives up to his own hype! Back in the day, he used to play San Francisco's Paradise Lounge every week. And many a night, we were there in the front row.


For some reason, there aren't a lot of videos of Mr. Luv on the interwebs, but here's one of Bud E. charming the ladies:

And here is an audio track of Bud E. covering Ozzy Ozbourne:

The Heaven and Hell medley:

Check him out in the lounge and request a song. Maybe it will work on your computer, for some reason, my computer has a problem with shockwave.
Posted by Professor Chaos at 5:10 PM No comments: