Oh, there's definitely some pretty heavy irony in this story, it's just not what people think.

Reporting from Washington—
Mary Brown, a 56-year-old Florida woman who owned a small auto repair shop but had no health insurance, became the lead plaintiff challenging President Obama's healthcare law because she was passionate about the issue. 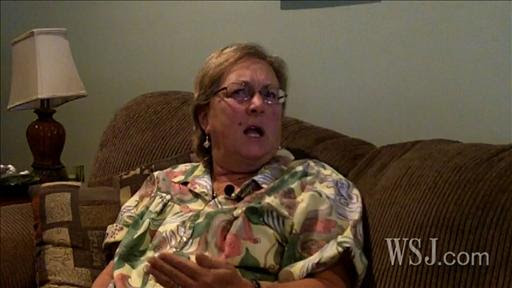 Brown "doesn't have insurance. She doesn't want to pay for it. And she doesn't want the government to tell her she has to have it," said Karen Harned, a lawyer for the National Federation of Independent Business.

But court records reveal that Brown and her husband filed for bankruptcy last fall with $4,500 in unpaid medical bills. Those bills could change Brown from a symbol of proud independence into an example of exactly the problem the healthcare law was intended to address.
"This is so ironic," Jane Perkins, a health law expert in North Carolina, said of Brown's situation. "It just shows that all Americans inevitably have a need for healthcare. Somebody has paid for her healthcare costs. And she is now among the 62% whose personal bankruptcy was attributable in part to medical bills."

No, that's not the ironic part. Also, it's not really true. Because her medical bills are only  about 7% of her total $62,972 debt listed on her bankruptcy filing. And if she would rather go broke than let the government make her buy health insurance, that just shows how dedicated to her small-government ideals she really is.
No, the ironic part is that Mary Brown is so up in arms about keeping the government out of her business that she is taking it all the way to the Supreme Court. Because you know, who needs the government, right? But yet, once she gets into financial trouble, to whom does she go for help? Bankruptcy court. A court, an agency of the government. By filing for bankruptcy, Mary "leave me alone, government" Brown is asking the big, evil government to help her get out of paying her debts, because, you know, personal responsibility! Now that's irony!
Posted by Professor Chaos at 9:59 PM 3 comments: