Sarah, working folks are not your brothers and sisters.

Dimwitted bullshitter Sarah Palin has taken to the nation's most important political forum, Facebook, to crap out another piping hot batch of ghost-written semi-coherence. 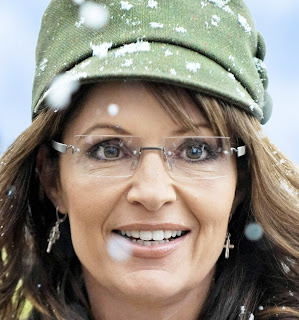 by Sarah Palin on Tuesday, September 6, 2011 at 5:50am
In my speech on Saturday in Iowa, I said: “Between bailouts for Wall Street cronies and stimulus projects for union bosses’ security and ‘green energy’ giveaways, [Barack Obama] took care of his friends.

Yeeeeeeeahhhh, Barack Obama is totally bff's with both Wall Street bankers and labor. That makes total sense. Almost as much sense as blaming Barack Obama for a bailout that took place during the Bush administration.

This was shamefully on display yesterday at President Obama’s taxpayer-funded campaign rally in Detroit.

Sure, let's pretend that having the taxpayers pay for the President's speeches is some sort of new thing that Obama just invented. 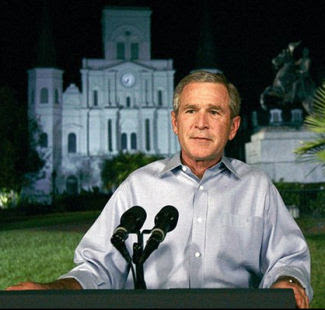 What I say now, I say as a proud former union member and the wife, daughter, and sister of union members. So, as a former card-carrying IBEW sister married to a proud former Laborers, IBEW, and later USW member, please hear me out.

No. No, being a "former member" does not entitle you to be heard. We know where you stand. We know what you're going to say, and we're not interested.

What I have to say is for the hard working, patriotic, selfless union brothers and sisters in Michigan and throughout our country: Please don’t be taken in by union bosses’ thuggery like Jim Hoffa represented yesterday.

Okay, what Hoffa said was certainly not "thuggery."  He was encouraging people to vote out the teabaggers. Only the dishonestly-edited FOX version of the video makes it seem like he was calling for violence. It was like when you said things about re-loading and used crosshairs in your ads. So let's not pretend like you're suddenly offended by violent imagery. You're not fooling anyone.

Union bosses like this do not have your best interests at heart. What they care about is their own power and re-electing their friend Barack Obama so he will take care of them to the detriment of everyone else.

Um, you do know that labor leaders are pretty pissed off at Barack Obama, right?
http://www.huffingtonpost.com/2011/09/04/obama-democrats-labor-unions_n_948319.html

To the same degree Americans are concerned about irresponsible, greedy corporate execs who got cushy bonuses from taxpayer-funded bailouts, we should also be concerned about greedy union bosses who are willing to tank our economy just to protect their own power.

When have unions threatened to tank the economy? I remember teabaggers doing that a few weeks ago, but unions?

As union history shows, power and greed corrupt. Just because you claim to represent union members doesn’t mean you are on the side of the angels. The greed of too many of these union bosses has all but destroyed the labor movement in this country, helped chase away our jobs, and is killing the American dream.

Above: Not written by a Union Boss

To see where this leads, look at what’s happening to the working class in our industrialized cities. These cities are going to hell in a hand basket thanks to corruption, crony capitalism, and the union bosses’ greed.

Crony capitalism? Awww, someone just learned a new phrase! Someone doesn't seem to know what it means, but still.

The union bosses derive their power from your union dues and their promise to deliver your votes to whichever politician they’re in bed with. They get their power from you, and yet their actions ultimately hurt you. They’re chasing American industry offshore by making outrageous, economically illogical demands that they know will never work.

Yeah! Like safe working conditions and a living wage! Outrageous! How dare they?

And now that they’ve chased jobs out of union states, they’re trying to chase them out of right-to-work states like South Carolina, so eventually the jobs will leave America altogether. But these union bosses will still figure out a way to keep their gig

Okay, let's see. The union "bosses" derive their power from dues-paying workers. And their actions are supposedly  resulting in the elimination of American jobs, which means no more workers to pay dues, and the union guys A: want this to happen, and B: will still retain their jobs even though there is no more money coming in?

But these union bosses will still figure out a way to keep their gig, and so will their politically aligned corporate friends. As long as these big corporations have a good crony capitalist in the White House, they can rely on DC to bail them out until the whole system goes bankrupt, which, I am afraid, is not very far off.

Wow, you really don't get what "Crony capitalism" is, do you? Crony capitalism would be like when, say an administration declares war on the wrong country in order to funnel taxpayer money to companies in which, say, the vice president has a large financial stake.

When big government, big business, and big union bosses collude together, they get government to maximize their own interests against those of the rest of the country.

Now that statement is so fucking stupid it's barely worth even refuting. But when has "big business" ever colluded with labor? And since when have you righties had a problem with "big business?" This pathetic attempt at populism, it's not landing with anyone.


I don't really have anything to say about this next excerpt, I just included it for its brilliant prose:


So, now these union bosses are desperately trying to cast the grassroots Tea Party Movement as being “against the workingman.” How outrageously wrong this unapologetic Jim Hoffa is, for the people’s movement is the real movement for working class men and women.

Okay, I do have one thing to say: The Tea Party is not a "people's movement." People's movements are generally not sponsored by Freedom Works or promoted by FOX "News." 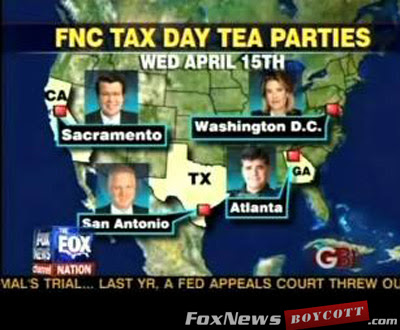 People's movements don't generally have corporate names in front of theirs. It's not like you ever saw the "General Motors sit-in" or the "IBM anti-war demonstration." But the "FNC Tax day Tea Parties?"  Yeah, that's totally authentic!
Anyway, the bs goes on and on and on, if you want to read more, it's here.  But here's the main thought that sarah would like you to take away from all this.

I want all good union brothers and sisters to know that there is an alternative. The grassroots, independent Tea Party Movement articulates a real alternative rooted in free men and free markets, not the cronyism of Barack Obama and the permanent political class in DC. Their cronyism is why we have no job growth, massive unsustainable debt, and a housing market in the tank.

So "crony" was on your word-a-day calender or something? hey, that word sounds bad, let's use that to describe everything we don't like! No job growth? Cronyism! Debt? Cronyism! Drought in Texas? Cronyism! Unwed pregnant teenage daughter? Cronyism! Ridiculous!
Posted by Professor Chaos at 6:28 PM 2 comments: