Man to Set Record for Being World's Biggest Douche

A 34-year-old unemployed [You don't say! -ed] man from Ohio attempted to set a Guinness World Record over the weekend by fist pumping for 17 hours straight.

James Peterson began the attempt on Friday morning, according to the Akron Beacon Journal, and was scheduled to end at 3 a.m. local time Saturday. Peterson, a self-described fist-pumping "veteran," was accompanied by a pair of videographers on his quest for the record--which included stops at bars in and around the Univ. of Akron.


A fist-pumping veteran? Is that really a thing? 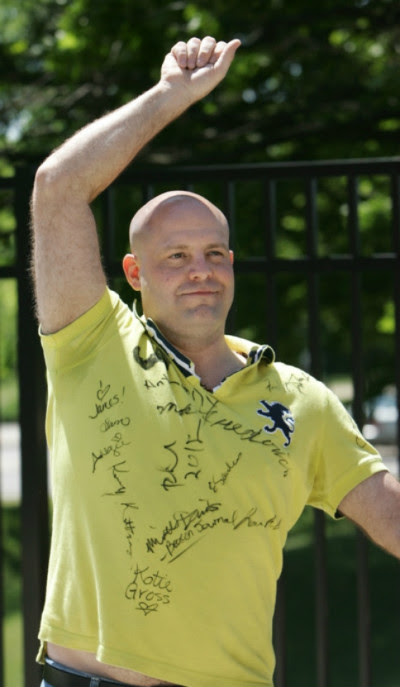 Oh, God, he looks like Joe the Plumber!
Are all the douchebags in Ohio related or something?

If successful, it would be the first individual fist-pumping record listed by Guinness, though not the only one involving fist pumping.

On News Year's Eve 2010, the record most people fist pumping was set in Times Square, where 5,726 revelers were led by the cast of MTV's "Jersey Shore," the reality show that popularized fist pumping.

We Need to Stop Having These Arguments

GOP Rep. Lankford Explains Why It Should Be Legal To Fire Someone For Being Gay: ‘It’s A Choice Issue’

LANKFORD: Well, you’re now dealing with behavior and I’m trying to figure out exactly what you’re trying to mean by that. Because you’re dealing with — race and sexual preferences are two different things. One is a behavior-related and preference-related and one is something inherently — skin color, something obvious, that kind of stuff. You don’t walk up to someone on the street and look at them and say, “Gay or straight?”

We need to stop having this "is it a choice to be gay" argument. First of all, the people making this claim can't possibly actually believe it. They couldn't function as human beings if they were that stunningly stupid. Because I don't know about you, but in my life there was never a time when I was offered a choice. And if anyone actually does believe anything this asinine, there's no point in trying to reason with him. 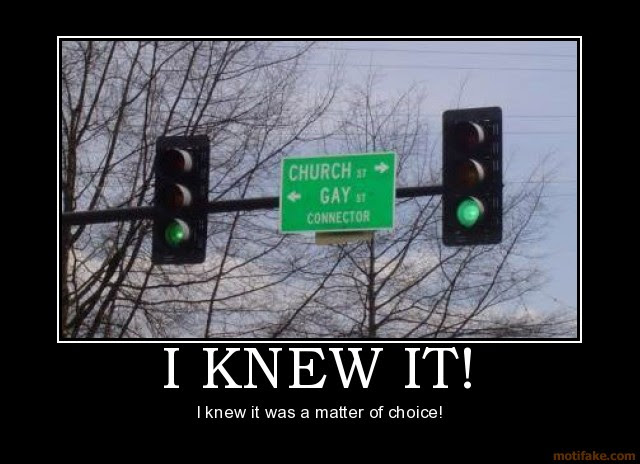 But the most important reason to stop having this argument is what if it was a choice? What if someone actually did get to choose and they made a conscious decision to avoid cooties by sticking with their own gender? It would still be no one else's business. It's none of anyone's business what you do with your naughty bits as long as you're not putting them in someone who doesn't want them. Even if sexuality was a choice, what consenting adults do with their bodies is nobody else's business.

In the same vein, the other argument we should stop having is whether or not gay marriage represents some sort of threat to "traditional" marriage. Not just because it obviously doesn't, and anyone who says it does is either lying or a complete imbecile, but because what if it did? What if two dudes getting married did somehow cause some sort of damage to boy-girl marriage? Why would you assume that the hetero marriage is more valuable, more important than the gay marriage?

If someone had said to me before my wedding "hey, you can't marry her. American-Canadian marriage is a threat to traditional American-American marriage," I would have said "tough shit. My marriage is every bit as important as yours." That's how I feel about gay marriage. Obviously it has no effect on hetero marriage, but if it somehow did, tough shit. My friends Mark and David's marriage isn't any less valuable than my friends Jeff and Mary's. 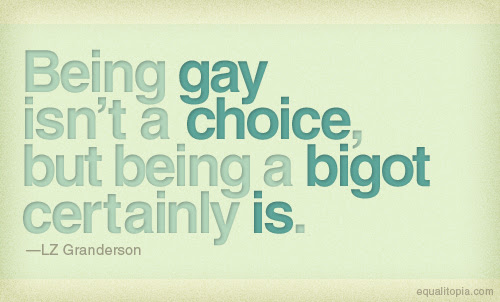