People Who Will Never Be President - Chapter 5 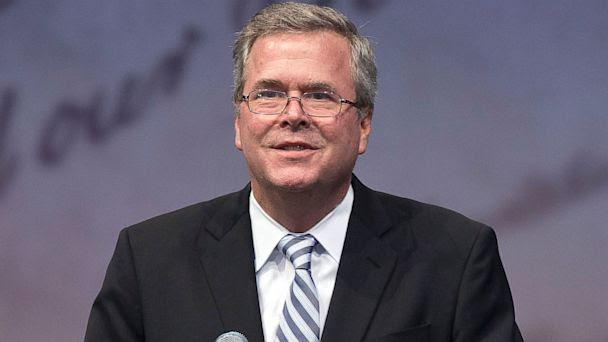 First of all, look at the guy.

Jeb is Dubya without the glib, shallow pseudo-charisma.
Dubya was like the guy all the douchebag frat boys wanted to party with. Jeb is the guy they tolerated because Dubya asked them to do him a solid.

Second, the guy can't answer a simple question without stepping on his own dick. And then standing there wondering why his dick hurts.

Someone recently asked him about the minimum wage. He said there shouldn't be one. Which is the smart answer if you want the Republican nomination. "fuck those stupid people with jobs" always goes over big in Tea Town. But he couldn't just stop there. He had to keep saying more words until he looked like a moron.

At an event in South Carolina on Tuesday, Republican presidential candidate Jeb Bush was asked whether he thinks the country should raise the minimum wage or whether the wage should be left up to private companies.
“We need to leave it to the private sector,” he responded.

Seriously, if you just stopped right there, you're golden. Just don't say any more words.

Really?
You think wages need to be left up to the private sector, but also, state governments can set minimum wages and that's also fine? And you don't see the contradiction there? I guess you have to go through your checklist and tick off "private sector," "ststes' rights," "fuck the working class," and I guess you did accomplish that but, Jeezus do you even listen to yourself?


Yes, nothing is worse for the young people than making a halfway-decent wage!

Then he just dissolves into the patented Bush family gibberish.

“We’re moving to a world that is sticky in the ends, where it’s harder for people in poverty to move up and where the rich are doing really well and the middle is getting squeezed,” he said. “And any idea that makes, that perpetuates that is one that I would oppose, and I think this minimum wage idea is exactly one of those things.” He added that the people at the bottom “would be likely the ones that would lose their job. That’s how it’s always worked.” Boy does that bring back memories!
When asked about laws that would allow business owners to discriminate against the gays or anyone else they find morally objectionable, but really the gays, he went straight into drivel mode:


“I don’t know about the law, but religious freedom is a serious issue, and it’s increasingly so, and I think people that act on their conscience shouldn’t be discriminated against, for sure,” Bush said. “There should be protections, and so, as it relates to marriage equality — and that may change, the Supreme Court may change that. That automatically then shifts the focus to people of conscience, and, I don’t know, have their faith make — they want to act on their faith, and may not be able to be employed for example.”

And lastly, when your main qualification for the office is that you are the son of a failed president and the brother of the most spectacular failure in history, it's a pretty good bet that you will never be President.
Posted by Professor Chaos at 9:13 PM 4 comments:

Look, I understand that you're entering an over-crowded marketplace. The "energy drink" market is pretty saturated already with Red Bull, Monster, Rockstar, Nos, Amp, Full Throttle, etc. etc. etc. . . .  which are all pretty much the exact same thing with different made-up artificial flavors like "Khaos," "M-80" and "Bubbleberry." (Seriously, these are all actual names of energy drink flavors)

So it's tough to stand out. You have to come up with some kind of gimmick to set yourself apart from all the many many many other choices out there, and being "the one that tastes good" was going to take way too much effort, but this?