Well, the Dems took back the House. I should feel happier. Mostly I feel a sense of relief, but There are a few things stuck in my craw.

First, I am just so upset about the Georgia governor's race. I mean, there's still technically an outside chance of a run-off, but basically Stacey Adams has lost. And it would be heart-breaking enough had she lost fair and square, but to lose banana-republic style to an opponent who engaged in the most blatant voter-suppression since the Jim Crow era is just devastating.
Kemp cheated. We know he cheated. He knows he cheated. Everyone knows he cheated and no one is going to do anything about it. And it wasn't subtle. Having voting machines stop working because someone "forgot" that electric machines need power cords, then taking nearly 2 hours to get the cords and bring them to the precinct is fucking shameless. Purging thousands of likely Democratic voters from the rolls has become pretty standard operating procedure for Republicans, but it's still shocking that they get away with it time and again. Having too few voting machines in majority-black precincts is also not surprising, but still infuriating. And with all this chicanery against her, for Abrams to be within a hair's breadth of winning anyway. . . it's just hard to take.

Secondly, although Democrats had some significant wins, some of the more loathsome Republicans remain employed by the taxpayers.
\

Somehow, the voters saw fit to re-up with vermin like Steve King, 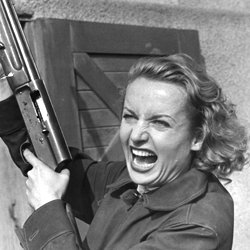 On the other hand, some truly vile people lost their races.


Oh, and Scott Walker has been cancelled.


Criminals had a pretty good day at the polls as the Republicans re-elected Greg Gianforte, Duncan Hunter and Chris Collins, whie the Democrats decided to give Bob Menendez another term.

Oh, and the Colorado baker who refused to bake a gay wedding cake? He now has a gay governor.

And there are for the first time ever, two Muslim women in Congress, Minnesota’s Ilhan Omar and Michigan’s Rashida Tlaib,

And one other high note. Most of the candidates endorsed by Cheeto Mussolinin lost. Not all, not enough, but most. And that's a positive.

Trump has endorsed 11 Republicans running for Governor, 31 House candidates and 13 Senate candidates and I've screenshot every one of them and will let him know every one that loses.
— Ally Maynard (@missmayn) November 7, 2018