Caturday Night's All Right for Fightin' 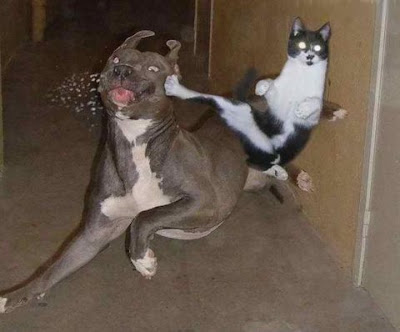 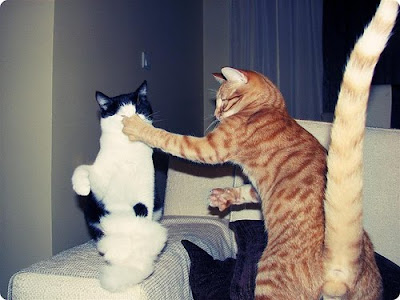 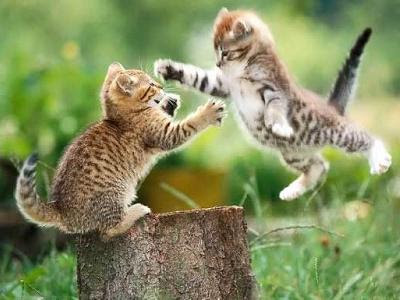 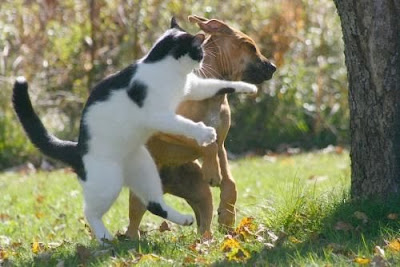 What Time Zone is La In? The 19th Century?

When I saw this headline, I just assumed that the Justice of the peace was going to at least try to claim that race was not the reason that he refused to marry this couple.
But no. This is Louisiana, and apparently over there, it's still perfectly acceptable to say "of course I ain't gonna marry no race-mixin' couple."

Keith Bardwell, justice of the peace in Tangipahoa Parish, says it is his experience that most interracial marriages do not last long.

Of course, neither do most same-race marriages, but why dwell on the little details?

"I don't do interracial marriages because I don't want to put children in a situation they didn't bring on themselves," Bardwell said. "In my heart, I feel the children will later suffer." 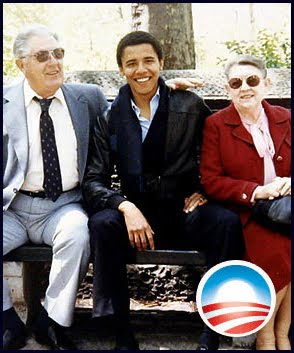 Oh, the suffering!
"I'm not a racist. I just don't believe in mixing the races that way," Bardwell told the Associated Press on Thursday. "I have piles and piles of black friends. They come to my home, I marry them, they use my bathroom. I treat them just like everyone else."

Hey, Keith Bardwell. If you keep black people in piles, they're probably not really your friends. I have to think they would probably resent you for piling them up. And if you think that we're supposed to be impressed that you let the colored folk use your bathroom, then I have to think that yeah, yeah you are a racist.
Posted by Professor Chaos at 7:50 AM No comments:

So apparently Meghan McCain posted this picture of herself on the Twitter: 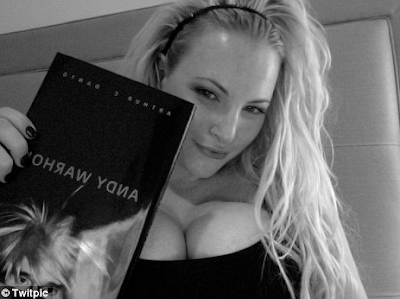 Which somehow created a firestorm of Twitter comments or something, I don't know.

Her relaxing evening turned into a wild night when some of her over 60,000 followers started to taunt the political scion.
One commenter tweeted “you don’t have to pull cheap gags like this to get attention. Leave this to the Paris Hiltons of the world,” according to Entertainment Weekly.

So, yeah there are at least Sixty-THOUSAND people who are following Meghan McCain's Twitter feed. At least 60,000 people who spend a portion of their day thinking I wonder what Meghan McCain's up to?"
And over Sixty-Thousand of these people took time out of their busy day to let her know that they disapproved of her bosoms.

But the really sad part is that Ms Mccain felt the need to apologize:

"I do want to apologize to anyone that was offended by my twitpic," she said before signing off. "I have clearly made a huge mistake and am sorry 2 those that are offended."

Honestly, in this day and age, who could possibly be offended by that picture? Oh No! You can see some cleavage! Hide the children! Jeez! Ladies have boobies. Get over it.
Posted by Professor Chaos at 7:27 AM No comments: