By all means, support the troops. I don't want to imply that one should not support the men and women who face death every day in service to their country. Supporting the troops is a noble goal.

But this shit is just fucking stupid.

That's right. They bleed red, so we wear red. Well, I guess that makes us even then!

Something is wrong with our society if we have convinced ourselves that wearing a red shirt is somehow helping to support the troops. How did we get to the point where we can feel like wearing a certain shirt or putting a ribbon-shaped magnet on our car is actually doing something?

Let me explain something, Red-Shirters. These are the troops.

They are over here

You, on the other hand,


And the troops can not see what color shirt you are wearing, what with them being over there.

And if they could somehow see your red shirt 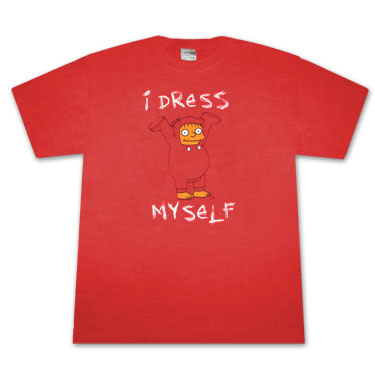 How exactly do you suppose that the color of your shirt would make one Goddamn bit of difference in their lives.

"Well, it sure does suck being shot at all the time in this God-forsaken desert, but hey, Doug from Ohio has a red shirt on! Let's get 'em, boys!"

No, wearing a red shirt only helps you. It gives you the illusion that you are somehow doing something to help our brave men and women in uniform. But you aren't. Your shirt does nothing. Neither does your bumper-sticker. Just like me wearing my lucky Giants shirt didn't help the Giants win last night. (Which they did!)

All your stupid red shirt does is lets you strut around as though you are contributing to the war effort and feel superior to the imaginary people who don't support the troops.
Here's what they say on the Red Shirt Fridays Website:

We care only about making our support of our servicemen and women known to our fellow Americans and the world. We are a silent majority that does not wish to remain silent anymore.

If you really want to support the troops, try giving money to one of these organizations 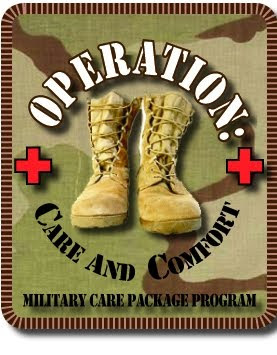 Help us Send Care Packages to our Troops in Iraq, Afghanistan, and the Gulf!

Want to send your support to a Soldier in harm's way,
but have no idea of what to send, who to send it to, or how to send it?

And there are plenty of others. If you want to actually do something for the troops, take the money you were going to spend on a stupid fucking red shirt and give it to one of these organizations. Then keep giving until it hurts. And leave the red shirts for freshman quarterbacks.
Posted by Professor Chaos at 4:55 PM 7 comments: