She Does Have A Point

Louisiana Senator Mary Landrieu was on NPR recently, where she had this to say about polls which show a majority of Americans favor a public option.

"I think if you asked, 'Do you want a public option but it would force the government to go bankrupt,' people would say 'No,'" she said. 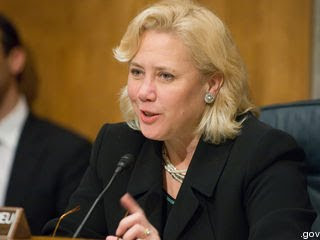 Well, she does have a point.

(I believe the lone "yes" came from Sen. David Vitter.)