There have been a couple bizarre bills introduced in the last few days by Republicans who seem to know that their window of opportunity is closing and want to fuck things up as much as possible on the way out. First up - Tom Garrett of Virginia: 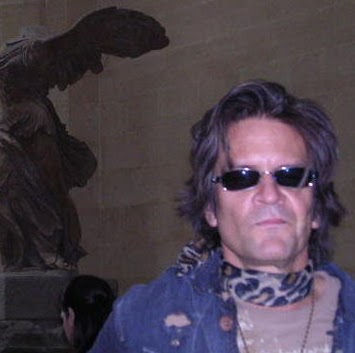 A lot of different pictures come up when you Google "Tom Garrett."
This isn't him, but I wish it was.

Here are some highlights from Garrett's bill.

A BILL to amend and reenact § 18.2-361 of the Code of Virginia,
relating to crimes against nature.


Imagine being a person who thinks that oral sex is a "crime against nature!"

A. If any Any person who (i) carnally knows in any manner any brute animal, or

WAIT! Stop right there! Okay, first of all, you're going to lump consensual oral sex in with bestiaility? Those two things go in the same category for you? Wow, your wife is one lucky lady!

Second, "Carnally knows?" Carnally knows?" Damn, you got to appreciate the use of the Old Testament language in an anti-sexy-time bill. Really makes you seem so much more credible!

Any person who (i) carnally knows in any manner any brute animal, or (ii) carnally knows any male or female person by the anus or by or with the mouth, or voluntarily submits to such carnal knowledge, he or she shall be is guilty of a Class 6 felony

The provisions of clause (ii) shall not apply where all persons are consenting adults who are not in a public place and who are not committing, attempting to commit, conspiring to commit, aiding, or abetting any act in furtherance of prostitution.
So, if high school kids are going down on each other, it's a CRIME AGAINST NATURE!!!! but it's okay if you're over 18? So, I'm over 18, why can't I fuck a horse? Come on, man, be consistent! I promise I won't charge the horse any money!

3. That an emergency exists and this act is in force from its passage.