News from the Georgia Legislature

Our local bird-cage liner, the Atlanta Journal Constitution, had this very odd headline on its front page yesterday:

Which makes sense because if there's anyone who needs protection, it's the guys wearing body armor and carrying firearms, billy clubs and pepper spray.

So fragile, so vulnerable.

Gov. Brian Kemp signed a proposal into law Wednesday that Republicans pushed to grant police new protections despite stiff opposition from critics who said it creates a messy tangle of legal problems.

In a statement, Kemp said he took action because he has attended the funerals of too many law enforcement officers killed in the line of duty, and he called the measure a “step forward as we work to protect those who are risking their lives to protect us.”

Yeah. . . I don't know how to tell you this, governor, but killing police officers was already illegal.

As part of a compromise to win approval of the hate-crimes bill, Senate Republicans demanded the passage of a separate proposal that would create the new offense of “bias motivated intimidation” of a police officer or other first responder. 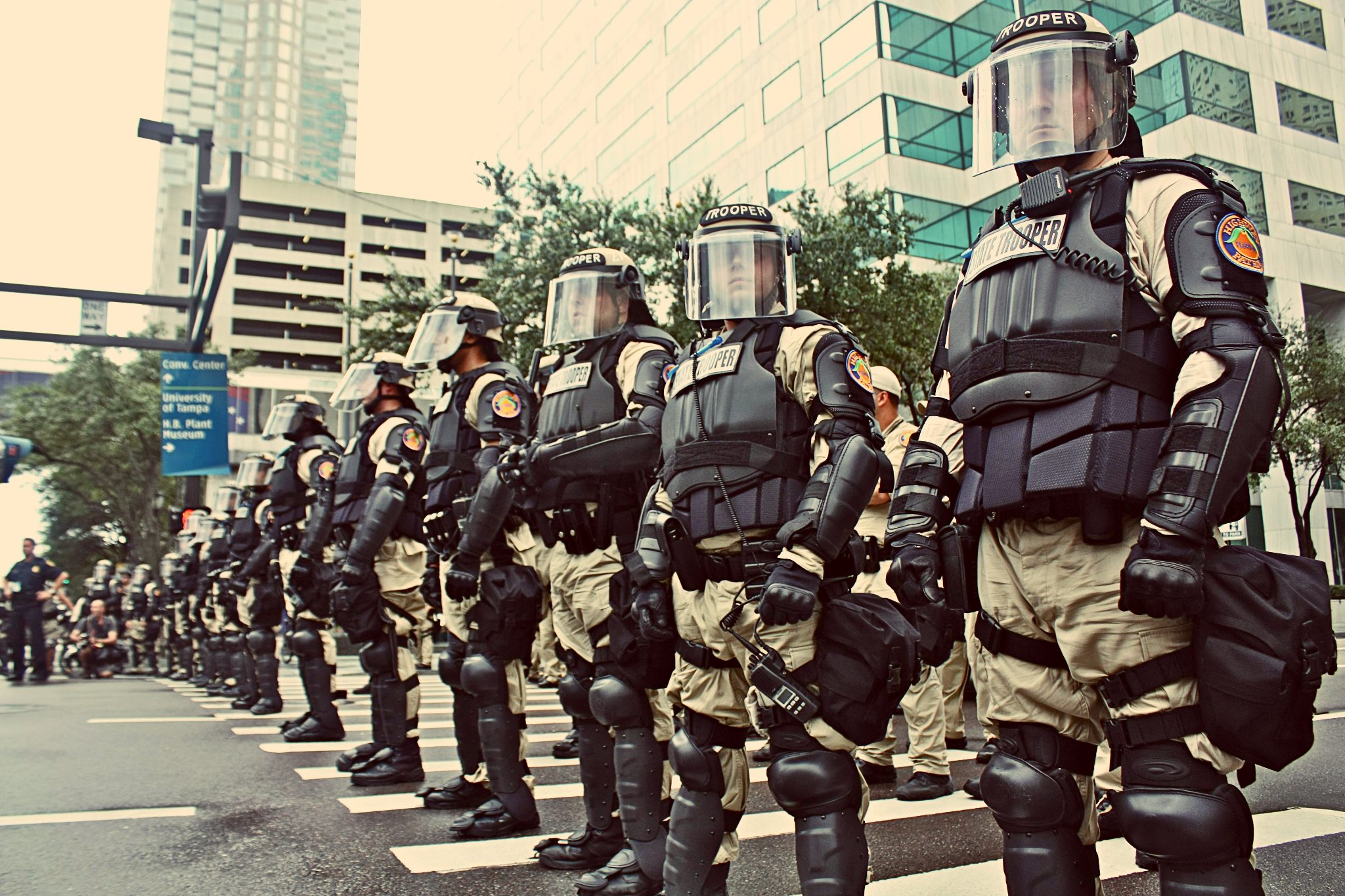 are so easily intimidated.

This does raise an interesting question, though. If I intimidate a police officer, as one does, but my intimidation of that officer is based on something other than my bias against law enforcement officers - say I just don't like anyone who shoots unarmed black men whether they're cops or not - am I in the clear? Does my intimidation of this cop not violate the rule because it was based on something other than anti-cop bigotry?

What if I'm just walking down the street, and I strike up a conversation with a local constable and he feels intimidated by my mighty brawn through no fault of my own? Even though I had no intention of doing so, I  have, by dint of my powerful physique and raw untamed masculinity, intimidated the unfortunate officer. Then what? Should I expect to be cuffed and read my rights? And by whom? Certainly not the policeman cowering before me, all intimidated and whatnot.

The measure was passed by the Legislature with little vetting. From our AJC colleague Maya Prabhu:

According to the bill, anyone found guilty of the death, serious bodily harm or destruction of more than $500 worth of property of a first responder, specifically because of his or her occupation, would face between one and five years in prison and/or a fine up to $5,000.

Woah, woah, slow down there a minute.

Are you telling me that someone could literally murder a cop, get caught and if that murderer says "I killed him because he's a cop and I hate cops," he would be looking at ONE TO FIVE YEARS? And a fine? How is this not an invitation to kill cops? This is insane.Normally, murdering a cop would get you life in prison or the death penalty, but under the "Police Protection Act," it gets you five years and a fine?

So, let's say someone is robbing a liquor store, the police show up and the robber shoots and kills the cop. If he can say "I didn't kill him to avoid being arrested, I shot him because he was a cop," he could seriously get five years in prison and have to pay a fine?

It's almost as if Georgia Republicans didn't think this thing through clearly before they passed it.