They're not even trying!

Is this a joke?

I mean, this can't really be a serious argument, can it?

WASHINGTON (AP) — The Trump administration says people would drive more and be exposed to increased risk if their cars get better gas mileage, an argument intended to justify freezing Obama-era toughening of fuel standards.

I mean, why even bother?
Why not just say "fuck fuel economy, let's bring back Hummers?"

If you're going to try to trot out some flimsy attempt at justifying your middle-finger-to-humanity policy, couldn't you at least put a tiny bit of effort into it?

This reminds me of a tv show I saw when I was but a young lad, I believe it was "CPO Sharkey" with Don Rickles. (maybe) Anyway, the main guy's undelings were asking for food and the main guy says something like "Food? Food attracts cockroaches! You don't want cockroaches, do you?" I mean, that's the level of effort that went into this statement. 1970's sit-com writing level of laziness.


Transportation experts dispute the arguments, contained in a draft of the administration’s proposals prepared this summer, excerpts of which were obtained by The Associated Press.

Overall, “improvements over time have better longer-term effects simply by not alienating consumers, as compared to great leaps forward” in fuel efficiency and other technology, the administration argues.

Oh, of course. Right that makes total sense.
Like I remember when they first came out with plasma TVs and we all said "woah, slow down there, fellas! We don't want THAT much improvement! Not all at once anyway. We're still getting used to our cathode ray tubes being able to show pictures in color! Why don't we make the picture just slightly better, and then in a couple of years, we can improve it a bit more, and in 10-12 years, maybe we'll be ready for this realistic life-like sort of picture. For now, we are all perfectly happy not being able to tell if the ball was on the line or out of bounds."


Hmm, it's almost as if this administration just pulls numbers out of thin air! You'd almost think they were so comfortable with lying that they feel free to make up any numbers they want. "Oh, we estimate a savings of about $1,000 per vehicle. Not enough? Okay, then we estimate oh, let's say $2,100! Would you believe $2700?" 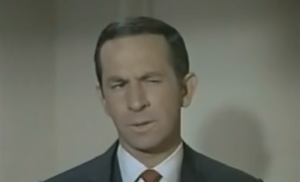 No? Would you believe twenty-five bucks and tickets to the gun show?
How about thirty-seven dollars and a MAGA hat?


Asked if he thinks a freeze in U.S. mileage standards is warranted, EPA acting administrator Andrew Wheeler told a small group of reporters at EPA headquarters last week, “I think we need to go where the technology takes us” on fuel standards.

Wheeler did not elaborate. Agency spokespeople did not respond when asked specifically if the EPA acting chief was making the case that modern cars could be both fuel efficient and safe.

Wow, what a mystery! Can cars be both fuel efficient and safe? I guess we'll never know

If only someone could figure out whether smaller, fuel efficient cars could possibly be safe!

I guess there's just no earthly way of knowing whether an Ameriucan car company could manufacture a fuel-efficient vehicle that is also safe.

The Department of Transportation said in a statement that the final fuel economy standards would be based on sound science.

Oh my God!
Yes, because if you want policies based on "sound science," you can'y go wrong with the Republicans! Yes, the party that is pretty sure every climatologist in the world is in on some colossal hoax to make believe that the ice caps are melting is going to have to wait for "sound science" to weigh in on their fuel efficiency policy!

Yep, right after they've concluded their studies on whether dinosours existed and whether or not immunizations turn kids gay, they will be very eager to hear what the "sound science" is on CAFE standards!