The largest Protestant denomination in North America, the Southern Baptist Convention (SBC), officially adopted “critical race theory” and “intersectionality” as “analytical tools” to be used in fostering racial reconciliation in the church. These key drivers of identity politics, however, are more likely to produce racial discord and strike at Christianity itself.


Oh, well, if they're fostering racial reconciliation, I can see why that. . . wait. No, that doesn't seem very anti-Christ-like at all.


Before we get to why, let’s look at how it happened. The convention adopted “Resolution Nine 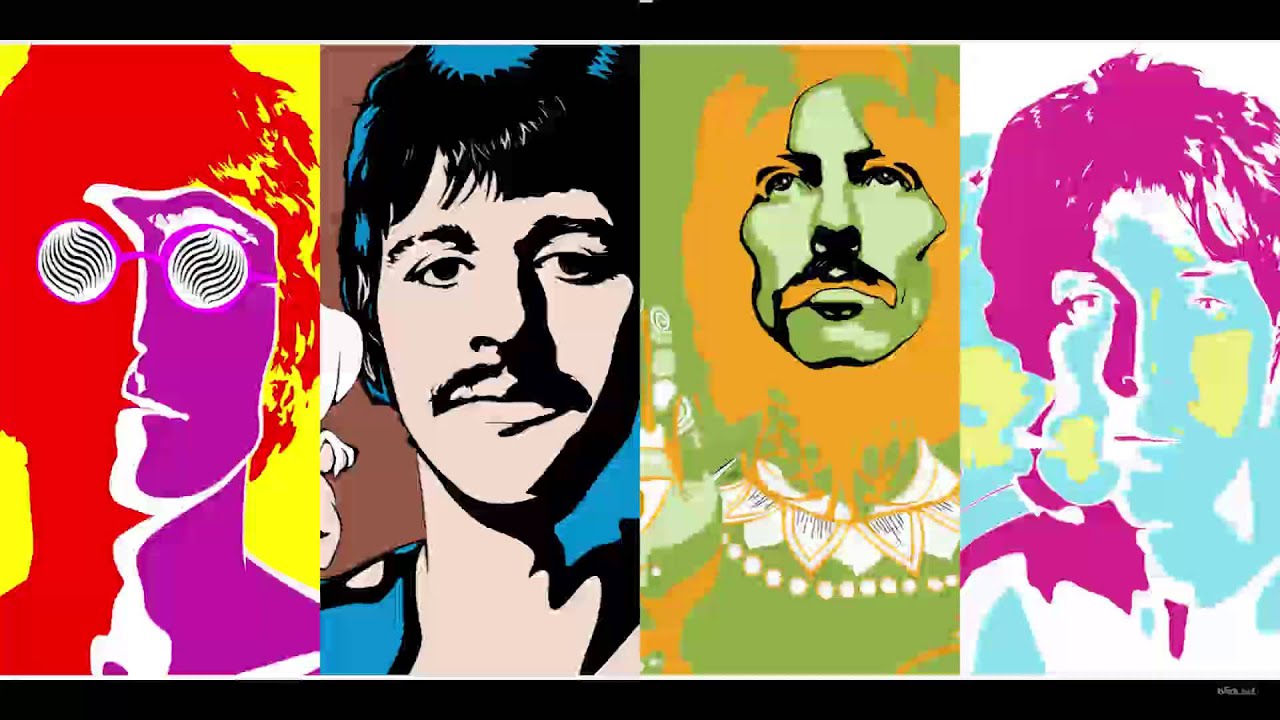 “Resolution Nine—On Critical Race Theory and Intersectionality” during its annual meeting last week. The resolution instructs Southern Baptists that while these “tools of analysis” can be employed, it must be done in subordination to the Bible.

Oh, subordination to the Bible? Now THAT sounds anti-Christia. . . no. Still not getting it.

During debate, Pastor Tom Ascol offered a friendly amendment that stated that critical race theory and intersectionality are incompatible and indeed antithetical to Christianity. The amendment was rejected as “friendly” by Woods and defeated soundly when put to a vote on the floor. As he rejected the motion, Woods stated, “critical race theory and intersectionality are simply analytical tools…they are to be used as a tool, not as a worldview.”

You know, it's kinda cute. The Southern Baptist Convention trying to get "woke!"

And then we get a synopsis of Derrida that one could get in any freshman dorm room in any liberal arts college, so we'll just skip that part.


The most obvious example of this applied to politics and culture currently is critical feminist theory. The transsexual movement is the perfect example of the final step in the deconstruction of the terms “male” and “female.” Here these terms only mean what any given individual wants them to mean. They have absolutely no objective meaning.


Yeah, I think you may be crediting the wrong philosopher. This concept came about well before Derrida was even born. Who was the radical social deconstructionist thinker, oh it's on the tip of my tongue. . .  Oh, yeah. St Paul.

And I think we all know how anti-Christian St Paul was! Sort of the ancient world's Anton LaVey,.


If traditional Christianity is anything, however, it is utterly dependent on objective truth claims.

I don't think you know what the word "objective" or "truth" mean. I mean, the whole point of Christianity is that you're supposed to just accept by faith various claims for which there is no evidence and are extremely improbable. Certainly there is no "objective truth" in Christianity. if there were, there wouldn't be other religions.

If traditional Christianity is anything, however, it is utterly dependent on objective truth claims. It cannot survive if truth becomes merely based on one’s lived experience, or relativism. For critical theorists, the notion of truth doesn’t exist. What is true is what subverts.


Okay, either they don't believe in truth OR they believe that whatever subverts is true. You kinda gotta pick one.
Actually, on second thought, no you don't, because they're both incorrect.


If a certain way of looking at the world disrupts the status quo, then that viewpoint is true for the critical theorist. Despite that, we have the SBC, normally known for its strict adherence to the objective truth claims of the Bible, endorsing this approach as legitimate.


Okay, you like objective truth? Here's an objective truth: The Southern Baptists have been on the wrong side of every social issue, including race relations, since their founding and any attempt they make at trying to change that should be viewed as a positive and is probably the MOST Christian thing they've ever done.


In his latest edition of “The Briefing,” the influential Dr. Albert Mohler, president of Southern Theological Seminary, said of the resolution:


Identity politics is antithetical to the Gospel of Jesus Christ for. . . reasons. . . now, RACISM - that's totally fine with Jesus! Jesus has no problem with white supremacists mistreating minorities, it's just the part where the minorities try to stand up for themselves that is, um. . . devastating. . . in some way. . . to the Church? Of the Lord? Jesus Christ? I mean, you get it, right? It's all there in the Bible in the Book of *cough cough** mumble mumble, verse mutter mutter. Read your New Testament, people!


According to Pastor Tom Buck (who spoke against the resolution during debate), Mohler was breaking what Southern Baptists refer to as the 11th Commandment. It goes something like, “Thou shalt not publicly criticize a fellow Southern Baptist brother in good standing with the convention.” According to Buck, for Mohler to openly criticize one of his own faculty members should cause all members of the SBC to sit up and take notice.


Yes, as the Good Book says: if one of they brethren is in the wrong, then shalt though keep thy fat yap shut, for verily, 'tis better to be a racist than to be the person who calls someone out on their racism.
And further, he said unto them: Correct not they brethren when they shall be found to be on the wrong side of history, for it is better that thy brother continue in his error than that thou wouldst call him out and make an ass of thyself. For I tell you the truth, it is better that a thousand racists go uncorrected than for a single racist to be embarrassed in front of his brethren.

critical race theory and intersectionality are founded upon unbiblical presuppositions descended from Marxist theories and categories, and therefore are inherently opposed to the Scriptures as the true center of Christian union…both critical race theory and intersectionality as ideologies have infiltrated some Southern Baptist churches and institutions—institutions funded by the Cooperative Program…critical race theory upholds postmodern relativistic understandings of truth and…divides humanity into groups of oppressors and oppressed, and is used to encourage biblical, transcendental truth claims to be considered suspect when communicated from groups labeled as oppressors.

Remember, the problem is NOT being a member of a group that oppresses others. The problem is pointing out that such groups exist. Because that's the sort of thing Marx would have done. Just like if we ever found out that Marx ate a hot dog, it would be anti-Christian to eat a hot dog. I mean, this is all just common sense, right?

The one thing that Jesus wants is for us to put aside our differences and all be one big happy family that never once acknowledges the atrocities that some of us may have committed against others of us. Jesus is super uncomfortable with that kind of drama, he's always been really conflict-averse. Can't we all just go along to get along and not upset Jesus?


Given all of this, there are several possibilities. First, the majority of the meeting might simply be ignorant of the implications of the philosophies grounding critical race theory and intersectionality. Secondly, it could be that while the messengers are ignorant, they are being taken advantage of by a small (but vocal) minority in the convention. Third, the SBC, like so many denominations in North America, could be simply succumbing to the cultural zeitgeist.

Yes, that damn cultural zeitgeist of . . . checks notes. . . acknowledging that racism exists and trying to do less of it.

In my opinion, Southern Baptists should focus on this second possible explanation. As I’ve maintained in previous articles on this subject, an essential strategy of critical theory is deception. It is the proverb of the “frog in the kettle” applied practically to affect change.

What??? What the hell does the frog in the pan have to do with. . . and what deception. . . you know, I'm tempted to click on the link, but I'm afraid my skull would collapse after my brain crawled out of my ear and dragged itself across the floor to the liquor cabinet.

Let me hasten to add that there is no way a person can know with certitude that such a deception is happening in the SBC. However, all Southern Baptists should at least be aware that this is a stratagem of the philosophy of critical theory. Essentially, you woo the masses with a message of “compassion for the oppressed” all while using “the oppressed” to forward your political agenda


Oh, yeah. That damn political agenda of . . . checks notes. . . having less oppression. Yeah, they really sneak that nefarious agenda in there, hoo boy!

Pastor Buck put it well in my interview with him following the SBC meeting:

We’re already employing the concepts of Critical Race Theory and Intersectionality…people are not aware of it…and now we voted in a resolution that says it’s okay. I think they [members of the SBC] need to wake up. I think they need to educate themselves on what critical race theory and intersectionality is…they need to realize that the messengers voted for something that we likely don’t understand and we need to understand the gravity of it.

". . . something that we likely don't understand." Yeah, that's a pretty safe bet.

The Southern Baptist Convention is being infiltrated by an ideology that is antithetical to the Christian religion. Sadly, that infiltration is happening right under the noses of SBC members. If they care about their part of the church and want it to continue, Southern Baptists need to investigate these matters for themselves, understand the implications, then work to mount an informed opposition to this activism in their church body.

So that's the end of the article and I still don't understand what is supposed to be "anti-Christian" about any of this. Maybe you should go ahead and just say that you like being racist and you don't want to stop being racist. Maybe don't blame your shit on Jesus.