Douche of the Day -- A two-way tie

At first I thought David Brooks was going to be an easy winner.

A Renaissance on the Right


All right, you do have me curious, though. Let's hear it.


What’s bad for the gavel is good for the pen.

What is that even supposed to mean?
Never mind, let's just plow through.

What’s bad for the gavel is good for the pen. The Republican Party is in the midst of a cataclysmic transformation. But all the political turmoil is creating a burst of intellectual creativity on the right.

Ahahaha. . . oh, good one. "Intellectual creativity!" "On the Right!" Ahahahahaha!!!

And the one thing they all have in common? That no one has heard of any of them. Meanwhile the op=ed pages are still populated by the same right-wing schmucks they have been filled with for years - your George Wills, your Charles Krauthammers, your David Brookses. . .


Other conservatives are rising to defend that order, including National Review’s Jonah Goldberg, who later this month comes out with his epic and debate-shifting book, “Suicide of the West.”


Goldberg points out that for eons human beings were semi-hairless upright apes clumped in tribes and fighting for food. But about 300 years ago something that he calls “the Miracle” happened. It was a shift in attitude. For thousands of years, societies divided people into permanent categories of race or caste. But, Goldberg writes, “the Miracle ushered in a philosophy that says each person is to be judged and respected on account of their own merits, not the class or caste of their ancestors.”

When slavery of African people was at its peak. When European aristocracies held sway. When every nation on Earth was ruled by a monarch whose entire claim to authority was that he was the descendant of his ancestors. This was when the "Miracle" happened. Seriously.

So humankind decided to end tribalist conflict in the early 1700s. The era in which the Hapsburgs and Stuarts were fighting over the thrones of the United Kingdom. When Louis Quatorze was trying to exterminate the Hugenots in France. When Catholics and Protestants were slaughtering each other all over Europe, that was the time that the human race outgrew primitive tribalism.


Somehow, even though in the early 18th Century, humanity had decided to judge each individual on his own merit, not by the group to which he belongs, the Holocaust still happened. And the Armenian genocide. And Jim Crow. And lynchings. And the Yugoslavian civil war. And the Tutsi-Hutu war in Rwanda and all the other horrible atrocities of the 20th Century that can all be flung, bloodied and disfigured, onto the doorstep of unrelenting tribalism.

And this is the guy David Brooks is touting. 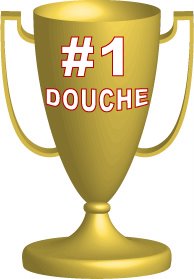