It was only a couple months ago when everyone was telling everyone "oh, you've gotta see this singer on youtube, she's amazing" 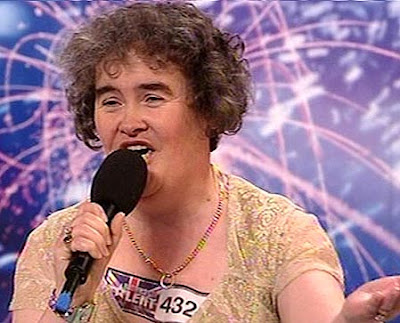 She was really good and everyone loved her.

But now, it seems like everyone on the internet hates her all of a sudden. I keep seeing things like this:

It's official. I'm sick of Susan Boyle. . . .because she had a better-than-average karaoke voice, and whose looks resembled the ghost of Ruhla Lynska.

But someone named Rachel Mardsen is the only one I know of to see the parallel between Susan Boyle and Adolph Hitler.

From Susan Boyle To Hitler: Why Some Simply Can’t Hack Fame
by Rachel Marsden

This is my "super-serious writer" look. Okay, THIS is my "super-serious writer"look!

But they made me use this picture for my byline!


So, what could the connection possibly be between the songstress and the genocidal monster?

Apparently, neither handled fame well. Which is, usually, the main criticism leveled at Hitler.

If we should be learning anything from the Susan Boyle meltdown phenomenon, it’s that the average person isn’t cut out for fame. The same holds true for political leaders.
Susan Boyle lived a quiet, simple country life alongside companions of the mainly feline persuasion, until she was thrust into the spotlight on Britain’s Got Talent.
Not to quibble, but she wasn't exactly "thrust" into the spotlight. She sought it out.

. . .she was thrust into the spotlight on Britain’s Got Talent and instantly became the focus of fantasy projections by every single fat slob splayed out on the couch with a Budweiser in-hand. Wiping a tear into their brew, it donned on them that they, too, could become rich and famous if Simon Cowell came knocking at their door, dragged them and their housecoat into the makeup chair, wiped the Cheetos off the corner of their mouth and gave them a shot at superstardom. Boyle doesn’t have the greatest voice, but she’s Sarah Brightman to every chump who likes to think he’s Sinatra on Friday nights at the karaoke bar. If she can get “discovered”, then fame and fortune could just as easily be theirs, as well. Or so the thinking goes.
Okay, have you even heard her sing? No one listened to her sing and thought "that could just as easily be me" You might as well watch the NHL playoffs and think "if only I had kept my skates. . ."

And, as previously mentioned, she was not "dragged into the makeup chair," she auditioned for the show quite willingly.

Oh, and by the way, it's generally considered good manners to at least attempt to disguise one's contempt for the common folk.

The truth is that the “average” person doesn’t have the personality to contend with fame. What exactly is that “x-factor” that predisposes a person to both fame and the ability to properly manage it? It’s precisely two things: Hard knocks over a long period of adjustment, combined with a histrionic personality type (and ideally, but not always, some substance or talent).
Histrionic personality? Doesn't histrionic mean overly emotional?

According to the Cleveland Clinic, histrionic people are “dramatic or theatrical”, have “intense emotions”, need to be “the center of attention”

So, yeah, that type of personality would probably lead one to seek fame, but would it help one to deal with it? 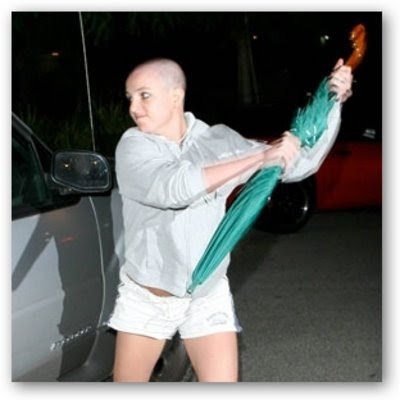 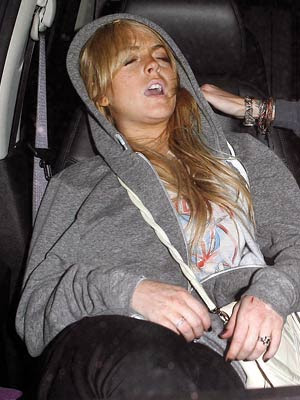 But anyway, what does any of this have to do with Hitler?

The histrionic personality, this “je ne sais quoi” I have just defined,
is what draws us to a person
Um, I believe that the term "je ne sais quoi" refers to that which is undefinable. it translates from french as "I don't know what."

The prevalence of thick-skinned, talented histrionics isn’t limited to pop culture fame. The same rules apply to successful political leaders.
Okay, are we going to get to Hitler now?

Winston Churchill: Rebellious child, speech impediment, largely ignored by his mother. Everyone laughed at him when he warned of Hitler as a possible threat. By the time he became Prime Minister for the first time in 1940, he had been taking abuse in the
federal political arena for 30 years and had obviously developed some good
coping mechanisms. Still has some of the best one-liners in history.
Also a drunk, but I guess some might consider that a "coping mechanism."

George W. Bush: Born wealthy and connected, but made to work. Barbara Bush wasn’t going to be raising any spoiled brats.
Except that she did.
Ran some businesses,
Into the ground

Developed a tried and tested character and moral conscience by the time he took office as President.
Also a drunk.

The media hung on his every word. Doubled as Comedian in Chief due to the editing of his reality show by the mainstream media.
The same media which "hung on his every word" also edited him to look foolish. Because unedited, his speeches are like a cross between "I have a dream" and "Ich bin ein Berliner." But the media (who so admired him that they hung on his every word) edited his sound bites so that it appeared he couldn't string together a coherent sentence. That's exactly what happened.

But what about Hitler?

And now, for the most renowned political equivalent of a reality show crack-up:

Adolph Hitler: Spoiled by his mother, failed art school entry exams twice, claims to have had an “easy life”. Joined the German Worker’s Party as official blowhard. Resumed his art career by presiding over the design of the swastika. Pretty much a weak, useless spoiled brat beyond a few odd jobs as a draftsman and painter. What Hitty wants, Hitty gets. And the world paid for it. Relied heavily on his “entourage” to boost his weak ego.

So the slaughter of 6 million Jews, plus Gypsies, Homosexuals, etc. and millions more dead in WWII, that is the equivalent of a "reality show crackup"? And the holocaust was a result of Hitler's cracking under pressure? Like Hitler had no anti-semitic tendancies when he took office, it was only the pressure of the spotlight that caused him to snap? Have you ever heard of Mein Kampf? Hitler was a complete unknown when he wrote that.

And Hitler was coddled by his mother, so he invaded Poland. George W. Bush was raised by a strict mother and he invaded Iraq. I'm not even sure what the logic is supposed to be here. And I sure don't see what the fuck any of this bullshit has to do with poor Susan Boyle. Who is this Rachel Masden, and just how baboon-ass crazy is she? Tomorrow, I attempt to find out.