The Boston Herald Has a Thing for the Romneys

With Scott Brown deciding not to embarrass himself in another Senate race, Massachusetts Republicans are scrambling to find another candidate. Fortunately, the Boston Herald has an idea.

Woah, dial it down a notch, there!

Massachusetts Republicans are desperately scrambling to find a strong Senate candidate to replace Scott Brown, with some even trying to persuade Mitt Romney’s wife or son to jump into the race to avert another electoral disaster.

Because as we all know, Massachusetts voters just looooove the Romneys 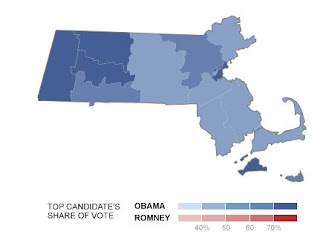 “I’ve had several people call me and ask about Ann Romney,” Ron Kaufman, a longtime friend and aide to the former Massachusetts governor and 2012 presidential candidate nominee, told the Herald. 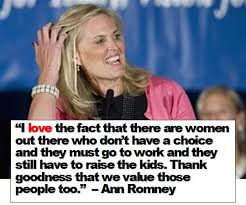 Doesn't pretty much everyone hate her?
Ann Romney’s inspiring battle against multiple sclerosis and her star turn on the GOP convention stage turned her into a popular national figure, especially among women voters in Massachusetts.
Yeah, I'm pretty sure that's not true. I'm pretty sure women in Massachusetts aren't any different from women in any other state and they probably don't really like  haughty, imperious horse dancers looking down their noses at them any more than anyone else. Ann Romney is Lucille Bluth without the wit. She's the Dowager Countess without the charm.
But, sadly for late-night comedians and smart-alecky bloggers, Lady Ann of Romnington has not deigned to run for Senate.  But the Boston Herald has another great idea!

Christian Bale in American Psycho
and

I think name recognition might actually be a liability in this case. People hear the name Tagg Romney and they go "oh, isn't that the completely unqualified twit who said he wanted to punch the President?" If they didn't recognize the name, they might at least be inclined to hear him out.

The father of six was a regular on the campaign trail in both of his father’s failed races for president in 2008 and 2012, which would give him some political know-how while working to win over Bay State voters. But the younger Romney is weighing joining the fray against remaining with his successful venture capital firm, Solamere.

Because people love venture capitalists!
I have to assume that the Boston Herald is one of Rupert Murdoch's rags. Let me do a quick image search. . .