Who is Cathy Young?

I was blissfully unaware of the existence of Cathy Young until yesterday, when her name popped up twice on my Twitter timeline.


Cathy Young, who refused to accept that a very racist depiction of Serena Williams was actually racist, is trying to convince people that a Jewish professor calling Bret Stephens a bedbug is antisemitic. pic.twitter.com/9bV2klpVq0
— saeen (@saeen90_) September 1, 2019

Which made me think that she must be a really awful awful person. So, being a glutton for punishment, I Googled her.

Apparently, the woman named Cathy Young was born in Moscow. Russia, not Idaho. I mean, "Cathy Young" sounds like this : 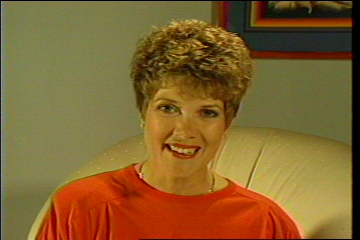 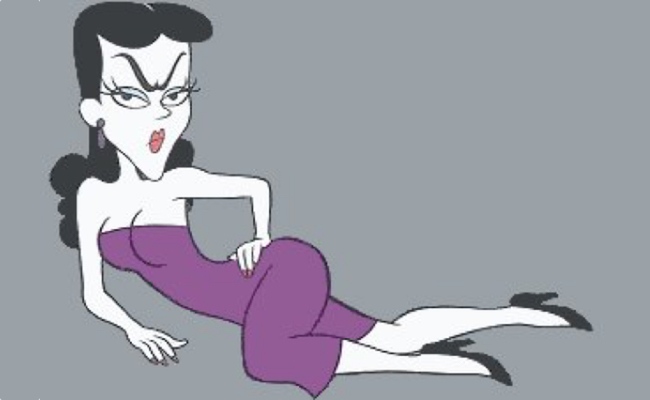 But that's neither here nor there.

Cathy Young is a writer. She has written for the Boston Globe, the Daily Beast and Reason Magazine among other outlets.  According to her bio: Catherine Alicia Young is a Russian-born American journalist. Young is primarily known for her writing about rape and feminism.
And considering that she was or is employed by Reason Magazine and Quillette, it is not at all promising that that is the beat she covers.

Here is a little something she penned back in 2016:

Canadian University Student Convicted of Rape, But Was the Judge Biased Against Men?

Oh for God's sake. . .
I expect this kind of grotesque garbage from the Jordan Peterson disciple  incel community, but from a grown woman? 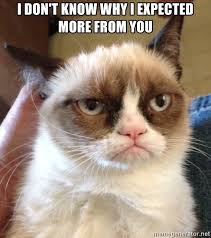 Concerns that the crusade against "rape culture" is creating an accusation-equals-guilt mindset in sexual assault cases have been mostly aimed at colleges.


Aaaand we're off to a great start already, putting rape culture in quotes, implying that this is a made-up term or that rape culture doesn't exist.
Rape culture is absolutely a real thing and it has been around for a long time. Probably for as long as there have been humans. When I was a teen, back in the late mesozoic, we used to go to lots of movies. Because they had second-run theaters back then that were super cheap. I can not tell you how many teen comedies I saw back in the 80's in which the "cool" guy gives the not-so-cool guy dating advice that included some version of "when girls say no, they mean yes." And sometimes the not-so-cool guy found out that this was not true, but his attempts to treat a "no" as a "yes" were generally treated as hilarious fun.
Or take the example of "Revenge of the Nerds." This was a hugely popular comedy in which the "nerds" get revenge on the "jocks" by planting cameras in the women's dorms so that they can watch the jocks' girlfriends in various states of undresss. Then they print up nude photos of the girlfriends and sell them at a school fair. This is depicted as a fine and amusing way to get back at the jocks, by violating the women whom the jocks are dating.

Oh, and this was considered a harmless collegiate prank.


It gets worse. One of the main nerds puts on a costume that is identical to the one that the star quarterback is wearing then has sex with the quarterback's unsuspecting girlfriend. This is rape. But when he removes the mask to reveal that she ahas not been having sex with the man she loves, but with a virtual stranger, she isn't even upset. She asks him something like "are all nerds as good at sex as you are?" And at the end of the movie, she chooses to be the girlfriend of the rapist nerd.  That's rape culture.  A major Hollywood comedy showing rape as a sort of harmless prank that could actually make a girl fall for you. And I do not remember anyone objecting back then. This was all seen as just a silly comedy wherein the violation of these women was played for laughs and cheap titillation. But sure, let's act as if "rape culture" is some siully overreaction to boys being boys or whatever.

Sorry, I got a little sidetracked there.
You know what, though? How long has the "panty raid" been depicted as harmless college hijinks?


That's such bullshit. First of all, that's theft. Undies cost money. Stealing undies is no different from stealing purses or jewelry. I mean, it is different because it's also a gross violation of privacy. I mean, I should think some girls were probably humiliated by having their underthings seen and taken by strange men. God knows the judgments made on the basis of the prudishness or risque'ness of the various knickers. It's really awful. I remember seeing an episode of "Happy Days" where the young men had gone off to college and participated in a "panty raid" and it was played for laughs because who could possibly be upset about some harmless shenanigans? 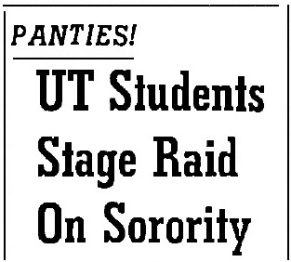 Anyway, let's see what Ms Young has to say about this and that.


Concerns that the crusade against "rape culture" is creating an accusation-equals-guilt mindset in sexual assault cases have been mostly aimed at colleges. It's campuses that employ extralegal tribunals to settle rape disputes—tribunals where the accused often do not have the right to an attorney, to cross-examine their accusers, or to examine the evidence against them.

You do know why they have these "tribunals," right? It's to discourage rape victims from going to the police. It's to protect the "alleged" rapist (and the school's reputation.) It's not to railroad innocent young men who are falsely accused by evil harpies.


But the latest contentious rape case comes from a real court—albeit in Canada, where feminist activism has been much more successful in influencing the justice system than in the United States.

Oh nooooo! That would be so awful if feminist activism influenced the justice system. Oh nooooo!!! 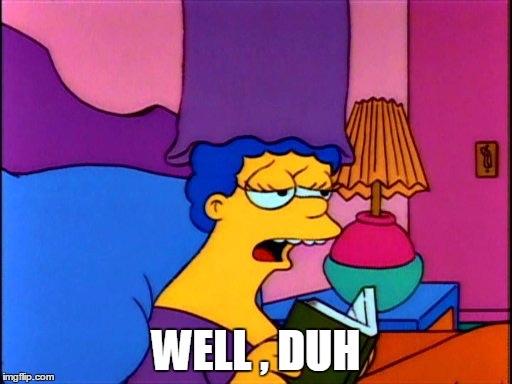 On July 21, Mustafa Ururyar, a 29-year-old York University graduate student, was found guilty of sexually assaulting fellow grad student Mandi Gray, 28. The verdict was handed down by Ontario Court Judge Marvin Zuker in a non-jury trial. The alleged rape—and I say "alleged," because after reading the 180-page judgment I see no grounds for a finding of guilt beyond a reasonable doubt—happened in the early morning hours of January 31, 2015.

Oh, well, I'm sure you know better than the guy who made the decison. What was his job again? Oh right, he's a judge! But you probably understand the Canadian legal system a bit better than he does because you grew up in Russia and now live in the US and didn't attend law school.

You know what, I can't even go on with this article. Suffice it to say that she tends to believe the rapist when he says it was consensual even though


Because a: it's totally plausible that he would ask her to stop touching his leg when he was looking to have three-way sex with her and another woman. Nothing kills a sexy mood faster than the woman you're interested in touching your leg! Also, it seems perfectly believable that he would break up with her, make her cry, and then she would be totally wanting to visit bonetown! With such a believable story, I just don't see how anyone could think him guilty!

Anyway, most of her stuff seems to fit this template. "Men are being victimized, women are liars, no one ever believes the poor men and everyone always believes all the women even though we know what liars women are blah, blah, blah."  It's grotesque and it's completely untethered to reality and it's just horrible. And I wish I still didn't know who she is. But if I have to know about her, so do you. You knew what you were getting into when you clicked on the Daily Irritant.