What the hell is a "Merry Christmas" Law?

AUSTIN, TX – Today, State Representatives Dwayne Bohac (R-Houston) and Richard Raymond (D-Laredo) hosted a press conference at the Texas Capitol to raise awareness for the State’s Merry Christmas Law (HB 308), passed in 2013, that allows parents, teachers, students and school administrators to celebrate the traditional winter holidays of Christmas and Hanukkah in public schools without fear of censorship, litigation or persecution.

Oh, yes. The persecution. Yes, it must be terrible. It must be so difficult to be a Christian in TEXAS!
You know, what with all the, um. . . are there Muslims there? Probably. I know there's at least one Jewish guy.

“Our school officials and teachers have enough on their plate without having to worry about frivolous lawsuits for merely acknowledging Christmas (a Federal holiday since 1870) or Hanukkah in our public schools,” said Rep. Bohac.

When has a teacher ever been sued for acknowledging Christmas or Hanukkah?  Has that ever happened? Is this really something you needed a law for?

“We are here today to remind everyone that this law offers protection for and guidance to school officials and teachers by codifying Supreme Court precedent, thus providing ‘bright lines’.  This bill is ultimately about bringing ‘fun, joy and magic’ back into our schools during the Holiday Season.”

Oh my God, you said "Holiday!!!!" You called it the "Holiday Season!!!"  How dare you, you heathen? Jeezus, no wonder we need a Merry Christmas law!

All of which are already allowed and not in any danger of being not allowed, so what's the point of this law?

The law affords students, parents and educators the right and opportunity to celebrate on school property with displays associated with those holidays, including Menorahs, Christmas trees and Nativity scenes.

Now it makes sense. You just want to be able to put religious symbols in public schools. Because you love the Constitution soooo much! I mean, you do know this won't actually pass Constitutional muster, right? I mean, putting a Nativity scene in a public school is clearly using a government facility to promote a particular religion. There's really no way around that.

It does, however,  prohibit such a display from including a message that encourages adherence to a particular religious belief. 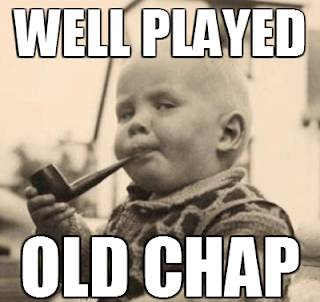 Ohhh, you  found a loophole!

You can put up a Nativity scene, a display honoring the most treasured story in the Christian canon, a display featuring the Christ himself, but as long as you don't put a "pro-Christianity" message on it, you're in the clear!

“This bill originated when I picked up my first grade son from school last year and asked him how his day went. He told me that his class had decorated their holiday tree with holiday ornaments. When I asked what a holiday tree was, he told me it was the same as a Christmas tree. After inquiring with school officials as to why the term ‘Holiday Tree’ was being used, it became apparent that the school was fearful of litigation.” ~ Texas State Representative Dwayne Bohac

Um. . . aren't you going to at least pretend that the kid was somehow traumatized by this? "Cuz it sounds like the kid was fine with calling it a "holiday tree." Seems like he probably had fun putting ornaments on the tree. The only one with a problem was you. I mean, this is your story, why are you the asshole in your own story? Why cast yourself as the blue-nosed busybody who, after hearing about the fun day his kid had, contacts the school board to complain about their terminology? Everyone hates people like that, people who have a pathological need to find some tiny thing at which they can feign offense in every situation. Why in your own story are you the guy who spoils everyone else's fun?
You didn't like the word "holiday" so you decided you needed a fucking law?

“Daddy, why do we have a Christmas tree at home and a Holiday tree at school?”


Awww, look at that adorably cloying little moppet. How could a father possibly come up with an answer to such a heartbreaking question? Except for, maybe. . .oh, I don't know, maybe "because, sweetie, not everyone celebrates Christmas. Some people celebrate other holidays and it's not nice to make them feel left out." It took me like five entire seconds to come up with that and I'm not even a father, so I have no experience addressing these difficult issues with a child.

But the best part is the "Tales of Christmas Past" where readers of the site send in their harrowing stories of being told "Happy Holidays" or whatever with all the classic teabagger spelling and punctuation you'd expect to see from Texans who think Christians are being persecuted.

“YES, KEEP Christmas in our schools! I still remember being an angel in my first grade Christmas Pageant... which was a PUBLIC school. KEEP America, American—with the values of our Founding Fathers in tact.”